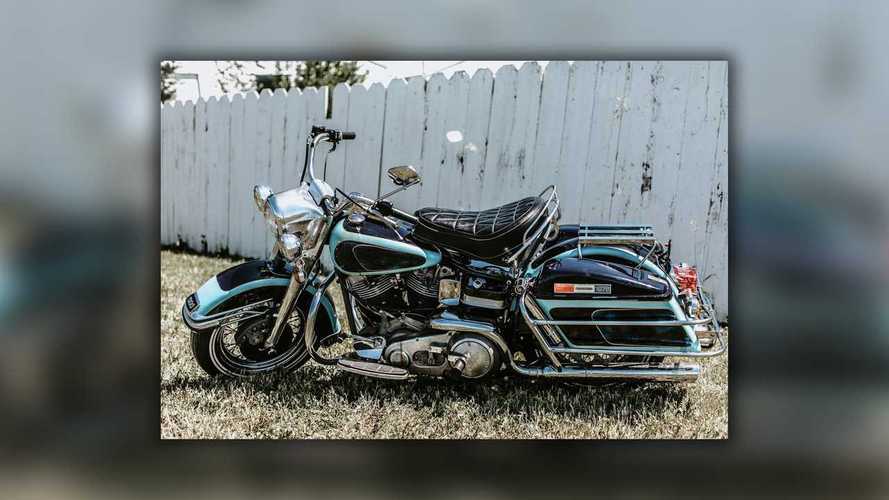 The King was a well-known gearheard. Between the Cadillacs and the Harleys, he was probably the best “influencer” to ever endorse these brands. We recently had a look at Elvis’s 1976 Harley-Davidson FLH 1200 Electra Glide heading for the auction block, one of the countless pieces of his motorized collection. The motorcycle had been on display at the Pioneer Auto Museum for over thirty years before it was put up for auction at mid August. The bike has now found a new owner and took the third spot in the most expensive motorcycles ever sold ranking.

The King And His Bikes:

Back when they announced the bike would be up for grabs at the Artifacts of Hollywood and Music auction, the folks at GWS Auctions expected the bike to fetch as much as $2M. Had the auction reached the ambitious estimate, the 76’ Electra Glide would have become the most expensive bike in the world.

However, as much as people still love the King even 40 years after his death, nobody was willing to throw their millions at the auctioneers to get their hands on a motorcycle his butt had touched. Instead, on August 31, the Harley fetched only a third of the anticipated amount, going, going, gone for $800k. That’s only pocket change! While the closing amount was far from meeting the expectations, it allowed the FLH to become the third most expensive motorcycle in the world.

Bought brand-new back in 1976, Elvis had the Harley personalized with a custom paint scheme. He only kept the bike three months before selling it to a Harley-Davidson dealership, shortly before his death. This is the very last motorcycle the King ever purchased. After changing hands a few times, the Electra Glide found its way to the museum where it was frozen in time with only 126 miles on the counter.

The title of the most expensive bike ever sold goes to a 1951 Vincent Black Lightning Australian Jake Ehret set a speed record on in 1954. The bike was auctioned off in 2018 for the modest sum of $929,000.