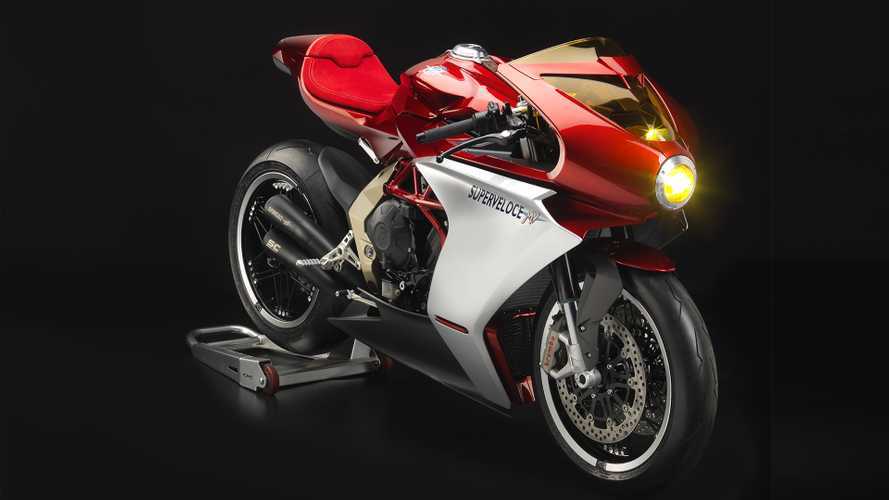 These models will be available in less expensive configurations for the masses.

MV Agusta wants to sell more bikes and will build affordable versions of the Superveloce, Brutale 1000, and possibly others to do so.

The MV Agusta Brutale Serie Oro Is A Naked Superbike
⠀

"MV Agusta started with the Serie Oro to give priority to our top customers, but now we have started work on the production of a more accessible bike," CEO Timur Sardarov told MCN. "We want to bring the bike to as many customers as we can and so want a bike that’s more accessible, with fewer features, but that will breathe the same DNA and design." It's likely that high-end components such as magnesium wheels and Marzocchi upside-down forks could be replaced by less expensive components, while the guts of the bike—its engine, chassis, and riding aids—would remain the same.

Sardarov also confirmed that the Brutale 1000 will get a similar treatment, with an initial Serie Oro run of 300 and a mass market version to follow. Sardarov also strongly implied that this is the beginning of a trend rather than a two-off effort for MV Agusta's retro-style models.

"We’d like to diversify our range and would like to bring more heritage to show that the company can create a retro-styled bike," said Sardarov. "The Superveloce is our first step towards that. It’s opened a whole segment of bikes that are inspired by MV’s heritage. We will not stop with the Superveloce only. There are some surprises coming."

It's great to see that more than a highly exclusive few will be able to get their hands on these bikes. They look amazing, and the standard versions will look just as beautiful as their Serie Oro versions do.