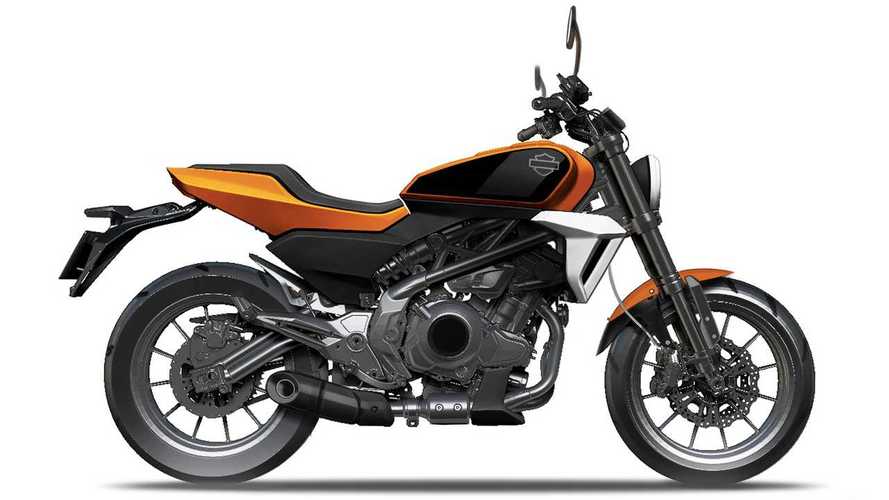 Could Harley's upcoming 338cc bike be successful in the US?

We've devoted a bit of virtual ink this week to Harley-Davidson's announcement of an upcoming 338cc motorcycle. It will be built by Chinese manufacturer Quianjiang Motorcycle Company Limited in China, for China. This is badge engineering at its finest, almost to the level of General Motors bringing Opels to the States and slapping a Saturn or Buick badge on them. The only thing truly Harley about these little hogs (piglets?) will be the orange and black badges on them. Perhaps that's what Harley needs to do to ensure its long term survival, including here in the US.

So, Just Who Is Quianjiang Motorcycle?

Before you keyboard warriors duck straight to the comments and complain that there is someone on the internet who is wrong, hear me out. There are no current plans to bring this bike here. The escalating trade war between the US and China pretty much ensures that this won't happen anytime soon. American Harley dealers won't want to dilute the brand with something different. Just look at how well (not) they sold Buells back in the day. So yes, I'm talking about a rather impossible situation.

There is a precedent, though. Back in the 1970s, Harley had a controlling interest in Italian manufacturer Aermacchi and decided to bring over Harley-branded versions of their small, lightweight motorcycles. These were intended to compete with the Japanese brands since Harley was losing out on a very popular section of the motorcycle market. Sound familiar?

So far, all Harley has had to offer "the youths" is smartphone games, an ill-conceived marketing partnership with Vice, and a complete lack of the types of motorcycles they actually want to ride. Enter Harley's new small bike. It could slide comfortably into the lineup below the Street 500. It's absolutely nothing like a traditional Harley, which is exactly why it could be a viable option for new and/or younger riders. Assuming Harley doesn't price it into the stratosphere because it's a Harley, this could be the lifeline the company needs to remain relevant.

In my own ponderings of picking up a cheap Chinese dual sport, many have warned me that the quality of these bikes is terrible. This is an area where Harley could help. No, really. While Harley hasn't exactly been a paragon of reliability at times in its history, they certainly don't break down anywhere near as much as they used to. They're much more reliable than I've been led to believe some of the Chinese brands are, which means Harley can help improve the quality of these bikes for whatever market they're sold in.

By now, I'm sure that despite my earlier request many of you have skipped to the comments to rant about Harley's heritage, its long history, that anything besides a traditional V-twin American cruiser isn't a real bike, and that loud pipes and chrome are the only way to go. Certainly, such bikes have been and always should be a part of Harley's lineup because of the brand's history.  Look at Indian, though. While showing no signs of slowing down the production of classically styled bikes like the Scout that Jason is testing, they're also trying something new with the FTR 1200, which looks more like a Ducati than anything America has made before. You don't have to take away from those who enjoy the older style bikes to offer something new.

It's unlikely that we will ever see this baby Harley here unless the current political climate changes and governments decide to play nice with each other again. Even then, it may not happen. Harley's attempt to sell rebranded Aermacchis here in the '70s didn't exactly go over well. Times have changed, though, and so have younger riders' tastes. A tiny Harley would be a great beginner bike to get newer, younger riders hooked on motorcycling, as well as the Harley brand. Harley is all about branding, after all. Imagine a full lineup of similar sporty motorcycles that people can aspire to upgrade to. Harley may yet have a long term future, as long as it stops relying exclusively on its past.