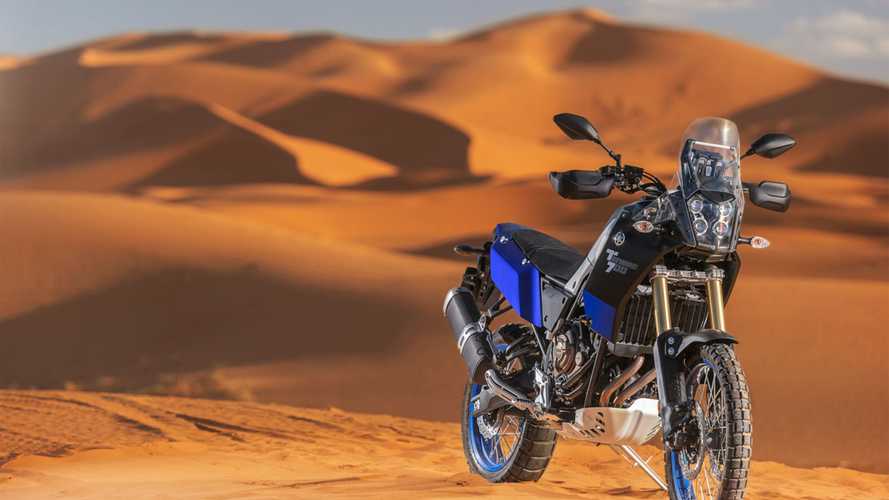 If Yamaha played its cards well, this could be one of the best ADVs out there.

Yamaha had a few things to show the world at EICMA in 2018. The all-new Niken GT—the travel-friendly edition of the three-wheel Niken introduced in 2017—shared the stage with the new-generation YZF-R3 and a special edition XSR700 XT500.  The most interesting model the brand had to show, however, was the brand-new Ténéré 700. Its biggest flaw? It won’t be available in North America until next year. The Europeans always have all the fun.

The Ténéré Is Coming:

The baby Ténéré is going to fill a gaping hole within the Yamaha lineup. Until now, aside from the actual motocross lineup, the only other model from the blue family to have moderate off-roading pretense has been the Super Ténéré. With its top heavy, jacked up profile and 1,200cc mill, it isn’t the most accessible bike around. The smaller Ténéré 700 is going to offer a great entry-level option, a bit like the NC750X at Honda’s or the V-Strom 650 at Suzuki’s. Smaller, lighter, more affordable.

The engine used in the new mid-range ADV is the same as the one found at the core of the MT-07; a 689-cc DOHC parallel-twin with a 270-degree crank, a layout inspired by Yamaha’s Dakar champion, the former XTZ750. The engine has been designed to provide optimal low and mid-range torque, ideal for off-roading situations. According to early opinions on the model, it sounds like Yamaha delivered on that promise.

The mill is teamed with a six-speed stacked transmission, which contributes to keeping the engine block compact and lightweight. In fact, compared to the Super Ténéré’s healthy 584 lb, the 700 tips the scale at a relatively tiny 450 lb, making it one of the lightest ADVs on the market.

The Ténéré is built on an entirely new chassis based on a tubular steel frame with a short 62.6-inch footprint and a ground clearance of close to 10 inches. The gas tank offers a decent 4.2 gallon capacity. Contrarily to other ADVs currently on the market, Yamaha has designed the Ténéré with a slimmed down silhouette to make it easy to get anywhere, even through tights passes.

While the dimensions of the 700 are smaller than its 1,200cc counterpart, seight height remains pretty high at 34.6 inches—which is 0.3 inches higher than the Super Ténéré’s highest setting. While this might be a daunting height to handle for some rider, this also means that combined with its lightweight, the Ténéré has the potential to become a truly good and versatile dual-purpose model.

Now if only Yamaha could bring it on this side of the pond sooner rather than later! On this continent, the new Yamaha Ténéré 700 will launch as a 2021 model. While European pricing has been announced, the price tag in USD remains to be confirmed. If our bit of math has any value to it and that pricing truly ends up being in the $10k, the Ténéré has every chance to become an aggressive competitor on the market, and likely the best offering in the segment.