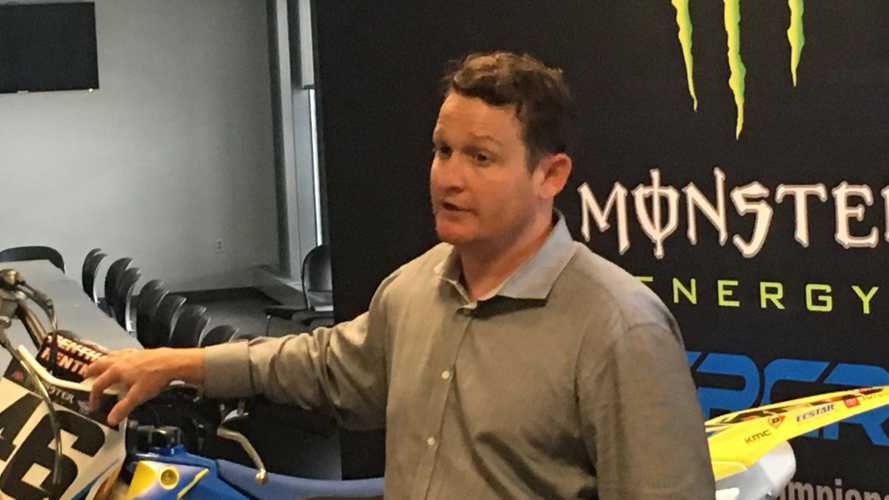 We asked the expert where to begin.

Nearly all of my experience involving riding in dirt consists of crashing. Since then I've learned not to favor the front brake as much as I do on the pavement, but beyond that, I really don't know anything about riding on loose surfaces. I didn't grow up on a dirt bike the way some people do. Now that I've moved to an area with lots of dirt and unmaintained roads, I'm interested in doing some exploring, but I didn't know where to begin. So I asked seven-time AMA Motocross champion and five-time AMA Supercross champion Ricky Carmichael for his advice. As you do. Rather than feeling like I was completely wasting his time and extensive dirt riding expertise (even though maybe I was), he gave me two great pieces of advice for leaving the pavement behind.

How to Ride a Dirt Bike

As far as choosing a bike, Ricky suggested that I go to a dealer and let them make a recommendation for me. This would be based on my size, shape, and what sort of riding I'd be looking to do. I'm interested in a dual sport, but I have no idea whether I'd be better off on a Kawasaki KLR 650, Suzuki DR 650, Honda CRF 250 L, or what. A dealer knows more than I do and can recommend the bike best suited for the type of riding I intend to be doing, as well as the one that fits my body dimensions the best.

As far as riding itself is concerned, Ricky only had one rather emphatic suggestion: ride within your limits. Don't get it in your head that after watching Monster Energy Supercross on TV that you'll be able to go out there and tear it up the way they do. Those guys train extremely hard and have custom-built motorcycles individually tailored for each rider's preferences. They're literally at the top of their game, and particularly as a beginner in the dirt, I'm at the very bottom and not ashamed to admit it. It may seem weird for a guy like Ricky Carmichael, who made his name by riding fast and winning races, to be telling me not to push too hard or go too fast. The truth is that you can't be fast unless you have the skills to control the bike at those speeds. Those only come through practice and experience.