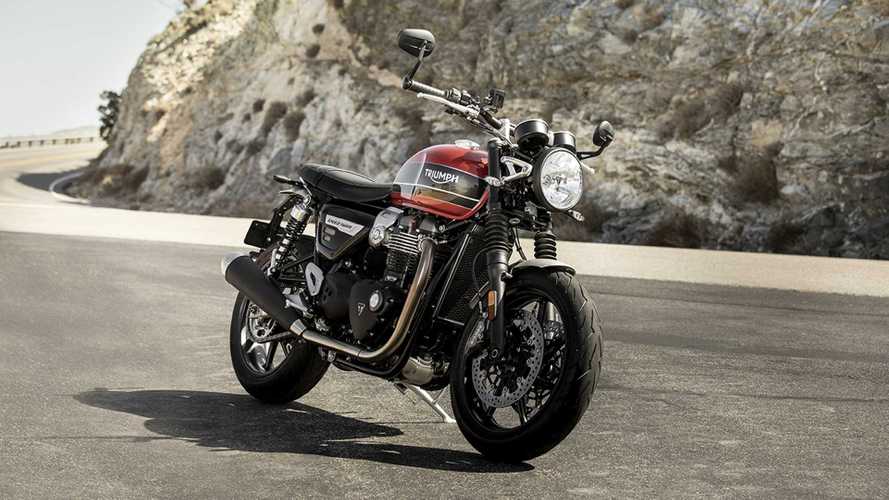 A misrouted coolant hose may rupture with messy results.

Triumph has issued a voluntary recall of its new Speed Twin after discovering improper assembly in early production models.

According to the National Highway Traffic Safety Administration, an internal factory audit of a randomly selected Speed Twin revealed that the coolant hose between the radiator and expansion tank was misrouted during assembly. The hose may touch the exhaust header pipe, potentially damaging to the hose and causing a coolant leak. Even worse, the leaking coolant could spray onto the back tire. Coolant is slippery, and the leak could provide a great deal of lubrication where it is absolutely not wanted, potentially causing a loss of control and crash. This situation is generally known in the industry as "not good."

This discovery led Triumph to widen their inspection process to numerous other motorcycles, out of which it estimates 726 bikes built between October 30, 2018, and January 31, 2019, are affected. Triumph is playing it safe and recalling all bikes built during this timeframe, which include VINs SMTD54HF8KT922389 through SMTD54HF6KT939756. Triumph corrected the problem in production with this VIN on January 31. There are no reports of warranty claims, accidents, injuries or fatalities related to this condition.

Owners will be instructed to bring their motorcycles to a Triumph dealer to have the routing checked and, if necessary, repaired free of charge. The hose itself is not the problem, merely the routing of the hose between cooling system components. The fix involves simply rerouting the hose properly and replacing it if there is any sign of damage. It looks like a simple problem and a simple fix, but owners should make sure to get their bikes checked just in case.

NHTSA has assigned recall number 19V-167 to this issue.