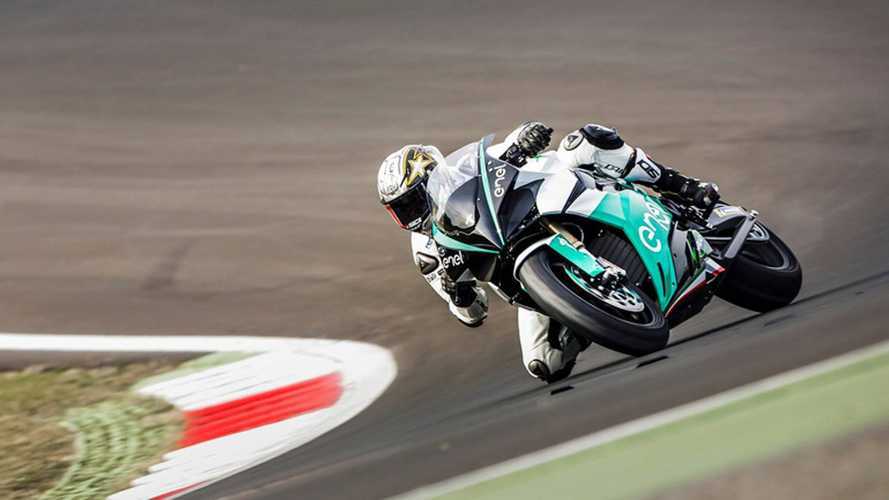 Two weeks after the dramatic fire that destroyed its entire fleet of racing bikes, MotoE organizers hustled and have finally published the revised 2019 season agenda of the MotoGP supporting series.

THE TIMELINE OF EVENTS

On March 14, disaster struck Dorna’s shiny new electric motorcycle racing series. After only a day of testing on the track, a short circuit caused the entire paddock in Jerez—along with all 18 electric bikes—to go up in smoke. This has cause the season’s debut race of May 5 in Jerez to be cancelled, followed by the Le Mans event, also in May.

This initially left the series with only half of its original number of events—a grim perspective for the new series. Organizers have done their homework, however, and have managed to bring the number of events back up to four with a total of six races scheduled.

On the original calendar, the event following the now cancelled Jerez and Le Mans races in May, is the Sachsenring, which will now act as the opening event of the series on July 7 during the HJC Helmets Motorrad Grand Prix Deutschland. Also on the original calendar are the following three races; one scheduled the following month at the Red Bull Ring in Austria in August, then two races in September at the Misano World Circuit.

Organizers have somehow managed to pull a rabbit out of their hat and added one last event to the season, adding two races to the amputated calendar. In fact, the MotoE’s very first season will conclude on November 17 at the Gran Premio Motul in Valencia that will coincidentally also close the MotoGP 2019 season. Here is the revised schedule:

The exact circumstances of the Jerez blaze have yet to be determined. Dorna confirmed that none of the bikes were charging at the time of the incident.