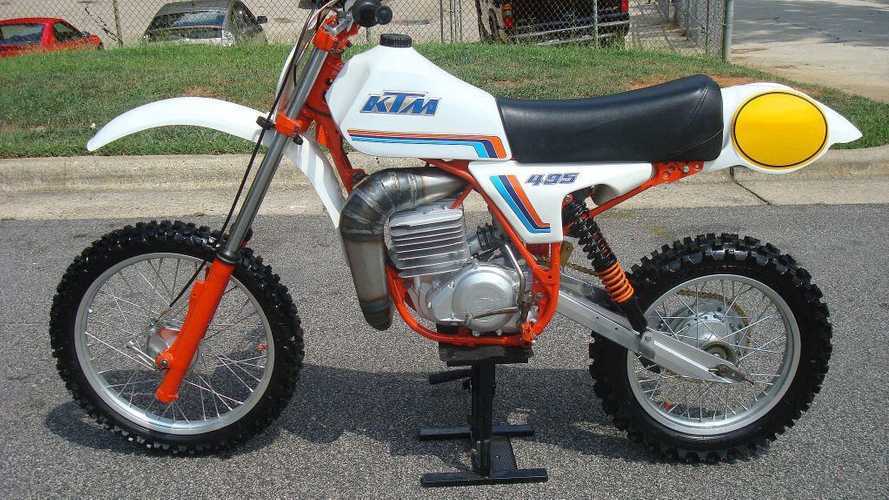 This Rolling Stone might have to gather some moss.

Although we’re not always sure that he’s still alive, that Keith Richards was dearly departed from his incredible collection of modern and vintage off-road rides has been confirmed. Although there has been no official word from the Titan of rock, an email from the Chichester Police did iterate that the bikes had been burgled from the British band man’s UK estate.

Captain Underpants And the Scooter Thieves

The shed was relieved of a white KTM 495 and red MAICO 490 both from 1981, a 1977 red and silver MAICO 400, 2013 Beta 300 EVO trials bike, 2011 Husaberg FE390 and a GasGas 300 Enduro—were allegedly removed from the renowned rock-star’s garage at his Redland’s Estate in West Wittering between nightfall on Monday February 25 and day-break on Tuesday February 26 2019. Evidently the professional partier and famous singer/songwriter/shredder of the Rolling Stones was either away from the premises or has taken to sleeping during the evening hours. Plus, there is somehow no alarm system at this celebrity acreage, or it failed miserably.

The loss of such a unique collection of motorcycles must be upsetting. As we all know, motorcycles are carefully selected soulmates that bring untold joy, even when they are just languishing in the dark. Replacing a motorcycle is not just a question of money, especially when one is dealing with such a well-curated coven.

That said, is there anyone looking over that list, trying desperately to picture the well-worn septuagenarian attempting some high-skills stunts on a twitchy little trials bike, or maybe kicking up some serious soil on the FE390 or that 495 between smokes? It’s a great image, that isn’t quite as easy to envision as his documented residency on a calmer cruiser or a Triumph from his younger youth.

If you happen to get any information about any of the aforementioned two-wheelers, you’d be a hero to a legend.  Just remember to quote case # 0177 26/2 when you call the Chichester Police.