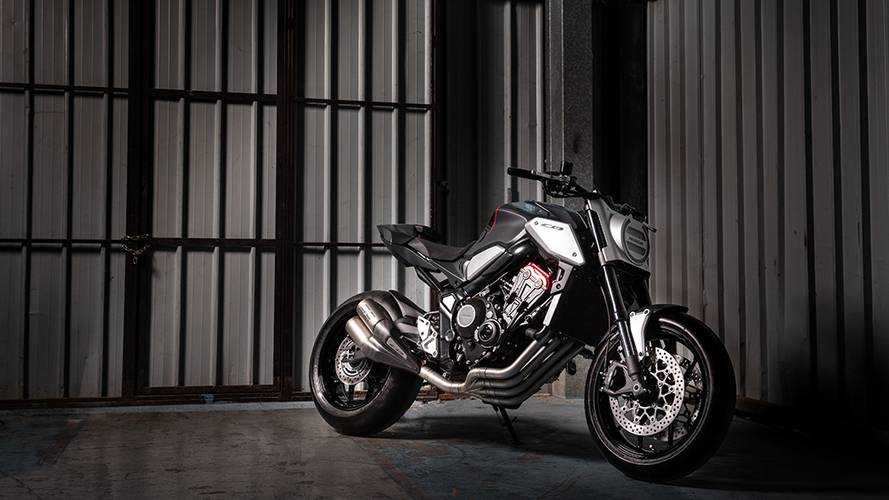 Honda is shaking things up in its naked segment thanks to its new line of Neo Sports Café concepts and the production models the aesthetic inspires. It started in 2017 when the company introduced the first Neo concept that went on to become the striking new CB1000R. The CB300F was also fully revised based on the new design and became for the 2018 model-year the new CB300R, announced for the US market in the early months of 2018. That left the CB500F and CB650F behind, in dire need of an update. Finally, a new Neo Sports Café concept showed up at the 2018 Paris auto show in October—right then, we knew the time had come for the 650 to get upgraded and true enough, only a month later at EICMA, the new 2019 CB650R showed up.

THINGS ARE GETTING EXCITING AT HONDA'S

While the current design trend favors a retro aesthetic, Honda took a more modern approach with its new naked lineup. The Neo Sports Café signature look does have a moderately classic feel to it, however, the vintage has been mixed in with more modern, minimalist lines. The result is a bike that truly stands out. The profile is slick and dynamic with the same striking horseshoe-shaped LED headlight introduced on the 1000. The look is completed by an elegant set of Y-spoke wheels.

The model, like the 1000 and 300 before it, is new from the ground up. The 650 is built on a diamond steel frame with pressed swingarm plates and twin elliptical spars tuned to provide more feedback. The new chassis helps make the new CB650R 13-lb lighter than the outgoing model.The front suspension has been swapped for a Showa inverted fork while the rear setup integrates a seven-stage adjustable shock paired with the aluminum die-cast swingarm. Compared to the 650F, the R offers a more aggressive riding geometry. The handlebar has been slightly shifted forward and down and the footpegs have slipped backwards, which leans the rider forward, into the bike.

Inside the frame, we find a 649cc, inline-four cylinder mill, carried over from the F. This iteration of the engine, however, has been revised to produce more power—a 5 percent increase over 10,000 rpm—with a higher redline and a higher compression ratio. The single, central air duct of the former generation has been replaced by two lateral air curtains that help increase the air intake while the exhaust system now ends on a large bore pipe. The six-gear transmission is teamed with an assist and slipper and clutch which helps make gear changes smoother and avoids accidental ware of the plates. The ABS version of the model also comes equipped with torque control that the rider can choose to switch off.