Fuller Moto Is Working On An Electric Cafe Racer 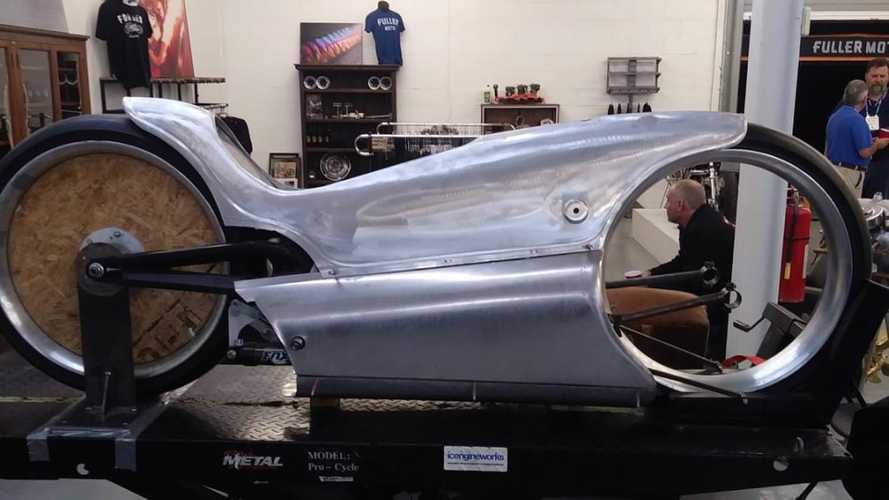 This partly completed bike is reportedly based on a Zero FX platform.

There seems to be a flurry of electric cafe racers popping up lately. From this reimagined BMW to the futuristic Rumble, manufacturers and customizers alike can't seem to resist combining the classic design with a modern electric drivetrain. Although not yet officially revealed, some photos have surfaced of a similar project under construction by Caffeine and Octane's Bryan Fuller and his company, Fuller Moto.

RETRO AND FUTURISTIC AT ONCE

The Denzel Electric Cafe Racer Is Coming To The States

Although there's nothing about the project on Fuller Moto's website, Cafe Racers of Instagram recently posted a picture of a work in progress that it says is called "The Majestic." It's reportedly based on Zero FX electric motorcycle, which is interesting because Fuller's creation looks nothing like the original Zero.

These pictures raise more questions than they answer. The bike is little but a sleek, bullet-like body that partially surrounds both wheels. These wheels currently stand alone with no obvious hubs or spokes, aside from the presumably temporary particle board in the back wheel. No handlebars are visible, nor is any way to steer the front wheel. Another steering mystery is exactly how the front wheel is supposed to turn at all with the fender and bodywork wrapped so closely around it.

Despite the lack of a formal reveal, the bike has appeared on Fuller Moto Facebook page in a wide shot of the entire shop, which also shows the Ford Maverick project that Fuller is working on. The electric cafe racer definitely exists, but aside from what was revealed on Instagram, we know nothing else about it. To me, it looks a lot like the light cycles from the original Tron. Fuller's project will likely not enclose the rider, nor shoot solid walls behind it that you can use to crash other riders or that tailgating SUV. We're still looking forward to seeing the finished product.