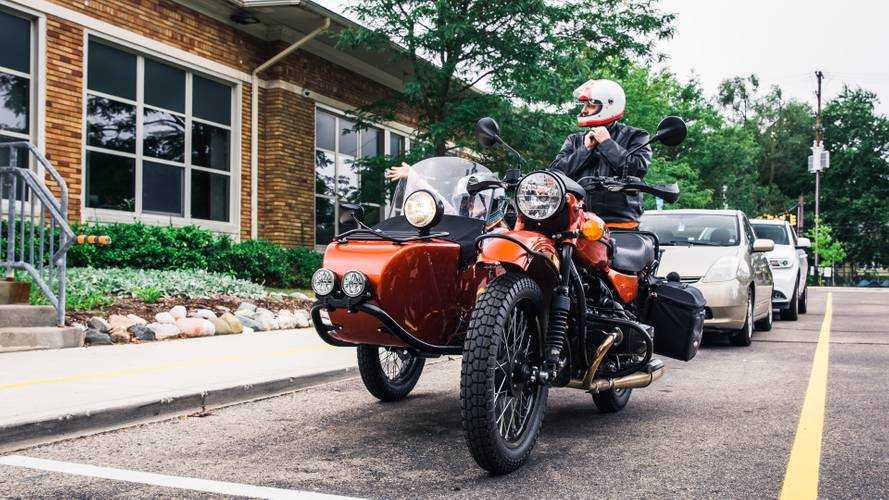 Dads! We know them, we (sometimes, amirite?) love them. Hell, some of us even are dads. I'm a dad myself (I wanted tough, smart, willful young women for daughters and for my sins I was given two of them) and let me tell you, dadding's real hard when you ride a motorcycle. It's hard because, while motorcycles are super cool, they're not really practical.

You can't just run down to the store and buy a week's worth of groceries or pick up the kids from school on, say, a 40-year-old Yamaha can you? No, you cannot. Not with all the saddlebags and bolt-on luggage in the world, my friends. There's also the fact that motorcycling is super dangerous, expensive, and sometimes time-consuming. That's why most fellas hang up their leathers and trade in their bikes for minivans as soon as the kids come along. Friends, I'm here to tell you that you don't have to stop riding just because you're now a family man.

I can hear you asking, "Jason, how? How do I hang on to my coolness and take the kids to karate class at the same time?" How? With a Ural!

Two caveats here before we get into it.

Caveat the First: While this article is aimed at dads, it can apply to any parent. I can't speak to mombikes, but I reckon a Ural would be good for moms, too. I went with dads because that's my lived experience.

Caveat the Second: I went with the GearUp because that's the model I had access to. Any Ural model makes a great dadbike, though. Now that that's out of the way, on with the show.

The Ural GearUp is the ultimate dadbike. A bold statement, I know. I guess before we get into why Ural is the best dadbike I should define what, exactly, a dadbike is. For me, a dadbike is like a dad—practical, hard-working, kinda weird, looking a little bit old but not too out of style, kinda goofy, a little thick around the middle, occasionally crabby and cantankerous but largely good-hearted. A dadbike should be kinda retro, sometimes super annoying to live with, but overall cool, reliable, and fun. For my money, a Ural is all of those things and then some.

Now that we have that settled, here's my argument for why Urals make great dadbikes. Take me, for example. I'm a busy, modern, dad on the go. I do my work from home, so I have a bit more flexibility than my wife which means a lot of day-to-day parenting falls on my shoulders. In a given day I might have to take the tsarinas (so-called because they're named after famous WWII Soviet air force pilots) to school, plan our weekly meal schedule, go grocery shopping, pick up some household supplies at Home Depot, pick the kids up from school, take my oldest to karate, or any combination thereof. That's on top of putting out killer content for you, dear readers. Add to all that the fact that I'm in a big touring brass band wherein I play an extra-large saxophone and have other gear-intensive hobbies and side-hustles and you can see that my lifestyle is largely incompatible with a normal motorcycle.

That's where the Ural comes in. Well, specifically, that's where the sidecar comes in. You can put anything in there! The seating compartment is big enough for a full-grown person to relax in, plus it's equipped with a 2.9 cubic foot lockable, waterproof trunk. That's a ton of storage, you guys. I can fit an entire week's worth of groceries just in the trunk with room to spare in the sidecar if I need to carry a passenger or make another stop. Which, in my line of work, I often have to do.

It's not just the sidecar, either. From the factory, a GearUp is equipped with a sizeable luggage rack that can hold a ton of gear and you can get accessory luggage racks for the fender, behind the saddle, for the front of the sidecar. There's so much storage capacity on a Ural—nearly 1,400 pounds with rider and passenger, to be precise. That's a lot of groceries or kids' sports equipment.

Then there's the band. I play a 1921 Holton Revelation bari-sax that's roughly as heavy as a neutron star. When I travel with it, it rests safe and secure in a massive, wheeled hard case that's nearly as tall as I am. Add to that my outfits, stage makeup, spare gear, and/or other bandmates' instruments I may need to carry and I need more than my old triple. Once again, the sidecar is there to save my bacon. It's well big enough to hold my saxophone in its case and I can carry smaller, lesser instruments tucked around it or in the trunk. Once, I even packed a sousaphone player and her sousaphone into the sidecar and led the band in procession into a street gig. Now that's versatility!

Friends, the ways in which a Ural can enrich your life and improve your dadding are endless. Fishing trip to the lake? Take the Ural! Gotta take the kids to soccer practice? Take the Ural! Need some drywall and two-by-fours from Home Depot? Take the Ural! Night on the town with your loving wife? Definitely take the Ural. It has so much room for activities!

Now, it's pretty obvious that I'm a tiny bit biased and that I may love Urals a bit more than your average gearhead. I'm not unaware of their reputation and their shortcomings, but for what I need a Ural for? For high-impact dadding and hauling around a lot of stuff? It's the perfect companion—sturdy, reliable, big cargo capacity, easy to live with, a breeze to get around town, and definitely cool.

So there you have it, dads. Got some kids but you don't want to stop riding? Get a Ural is my advice. Then give me a call and let's set up a playdate.

Gallery: Ural is the Ultimate Dadbike

Good photos by Jason Walker and Will Manera

Gallery: Ural is the Ultimate Dadbike 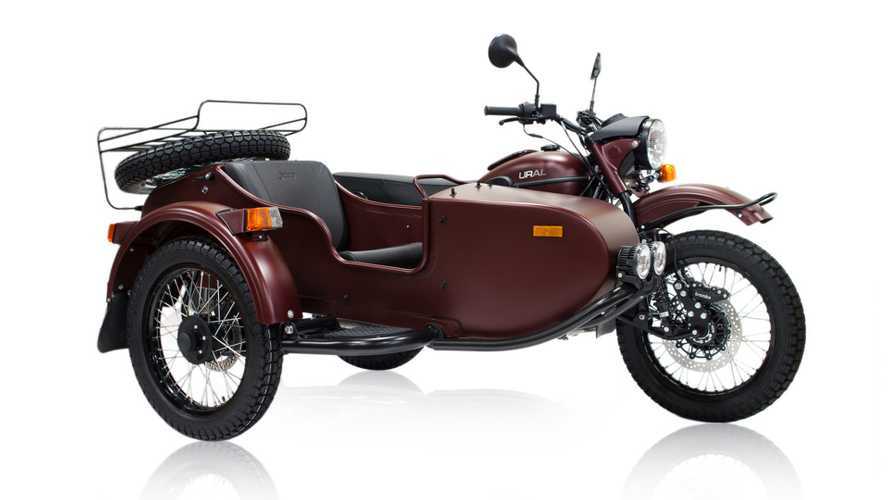 Twenty-Four Hours in Seattle With a Ural - Part 2

Twenty-Four Hours in Seattle with a Ural - Part 1
++