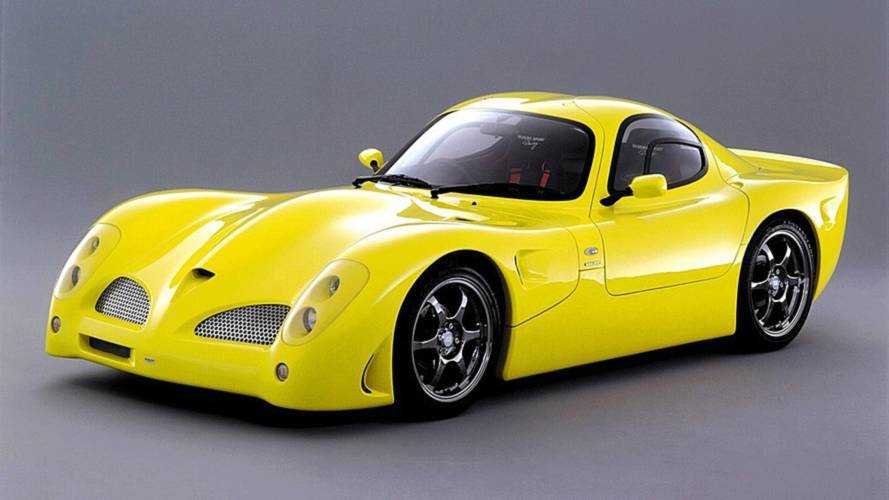 That time some Suzuki engineers got all hopped up on sake and pocky and slapped a 'Busa mill in a featherweight, gullwing racecar

Editor's Note: Hey, friends! Our colleagues over at Motor1.com wrote this article about the Hayabusa Sport Concept yesterday as part of their Concept We Forgot series. Since you liked that article Chris did about the Taurus SHO so much, I figured you might like this, too. Enjoy! - JM

Why We Remember It Now:

The idea of a motorcycle-engined car is intriguing, especially when that car looks like a Japanese version of a TVR.

Suzuki’s vision of a sports car took the whole “less is more” theme to new heights some 16 years ago when the company slapped the desirable “Hayabusa” moniker on something other than a motorcycle. Based on the track-only Formula Suzuki Hayabusa, the HSP was essentially a race car turned street-legal.

It was billed back in the day as being the “ultimate lightweight sports car” by its creator as the petite one-off tipped the scales at just 550 kg (1,212 lbs) distributed evenly 50:50 front/rear. To put that number into perspective, the pint-sized Volkswagen up! GTI suddenly becomes a fatty at 997 kg (2,198 lbs).

The reason why it got the “Hayabusa” name has to do with the fact the concept borrowed the naturally aspirated 1.3-liter engine from the GSX-R1300R Hayabusa, a former holder of the fastest production motorcycle title. Installed in front midship and driving the rear axle, the inline-four unit developed the same 175 hp and 102 lb-ft in the CFRP-bodied sports car as in the motorcycle.

Suzuki never had any plans to put the car into production. In fact, the concept was not even ready to be driven on roads.