The Bikes Of The Mad Max Trilogy. 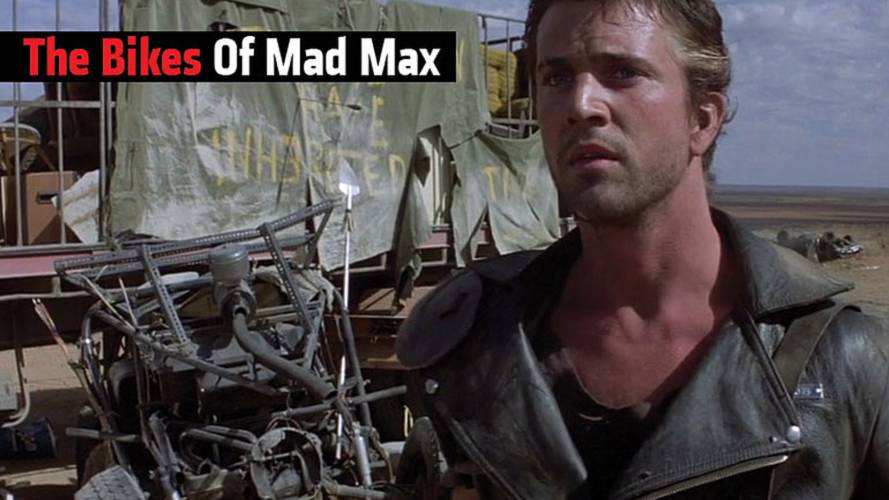 The iconic apocalyptic film, Mad Max did more than bring us bad ass vigilante fight scenes. It gave us motorcycles being just as bad ass as the main characters.

You know it, you love and, if you're like us, you can probably recite the entire film verbatim.  The movie, Mad Max and it's a classic.  It's hard to believe that the film came out in 1979 and when it hit the theaters, it was just another low-budget Australian film dumped onto screen, and a weird one at that day.  Mad Max instantly became a cult classic as well as one of the most profitable films ever made and George Miller went on to direct Babe, but that's another list...

The dystopian actioner starred a young - and not yet crazy - Mel Gibson as a police officer out for revenge against a biker gang for the murder of his partner, wife and son. While Gibson carries the film pretty damn well (it's only his fourth film role ever) we’d like to think the real stars were the cars and motorcycles that raced, crashed and blew up on their way through one of the best movies ever made...

One of the most recognizable motorcycles from the film is Jim “Goose” Rains’ KZ1000 Kwaka, a 1977 Kawasaki KZ1000. The future-retro fairings were made by La Parisienne, a Melbourne based company that unfortunately went out of business a few years after the film was released. La Parisienne also modified 13 other KZ1000s for the film’s antagonist group, the Toecutter’s gang, which were played by members of a local Victoria-based motorcycle club, the Vigilanties.

Goose’s KZ1000 had a cafe racer appeal and aesthetic, which is probably why its popularity hasn’t waned even after so many years, with fans creating replicas to this day and a Whitehouse, a Japanese company, was creating movie accurate replicas as recently as 2002.

After Goose injures his leg, he’s seen at the police station riding a 1976 Kawasaki KH250, also known as one of the Kawasaki Triples due to its 3-cylinder, 2-stroke engine. The Triples ranged in displacement from 250 cc to 750 cc. The KH series ended its U.S. production run in 1976, but continued on in Europe and elsewhere until around 1980.

The Road Warrior: Better than the original?

Some may like the sequel more than the original - and we're sure it will inspire a flame war all over the comments and on social media -  but when Mad Max 2: The Road Warrior was released in 1981, both the film and the vehicle designs were a lot more punk and comic book inspired, essentially kicking off a genre and style that would become it's very own pop culture meme.

Wez, the main villain in The Road Warrior had some of the oddest and sweetest bikes of the films. He rode a Kawasaki Z-1 900 or 1000 that was dressed up with a Craig Vetter fairing to look like a post-apocalyptic 1981 Suzuki Katana, which was actually new at the time. The bike has a turbo kit, a belly pan and what looks to be a sheep for the seat. It also rolled on Henry Abe wheels, which were popular aftermarket wheels during the ‘70s and ‘80s.

Just like Goose’s MFP bike, there are some really nice replicas of Wez’s motorcycle, as you can see in this epic burnout video:

Wez also wreaks havoc in a Yamaha XS 1100 E sidecar that was modified to become a standing platform. The sidecar originally belonged to Allan Levinson from Sydney, Australia who had listed it for sale in 1981 because he couldn’t get used to how it rode alongside his Yamaha 650 Special. A props buyer for The Road Warrior purchased the sidecar, removed the fiberglass body and fitted a metal platform.

The third film - and one we can all agree was the weakest link in the series - Mad Max Beyond Thunderdome was released in 1985, but the film really didn't feature any awesome motorcycles or sweet cars like the past films. As the title indicates, most of the action takes place inside a large jungle gym style arena called the Thunderdome and featured a character Blaster, whom we're told, has the mind of a child.

Which brings up to the the new film in the works, 2015's Mad Max: Fury Road, which stars Tom Hardy and Charlize Theron. Some teaser photos online already hint at some pretty damn cool vehicle designs, and we really hope that it stays true to the series first two film's gritty roots and gives us some awesome Road Warrior-style action.

The Mad Max films have inspired numerous fan clubs and Road Warrior themed activities to this day and almost single-handedly shaped the post-apocalyptic genre. The vehicle designs were iconic and unforgettable and the action scenes were some of the most unapologetically aggressive sequences to grace the big screen.

Are you looking forward the new Mad Max movies? What are some of your favorite lines bikes from the films?  Let us know in the comments below.