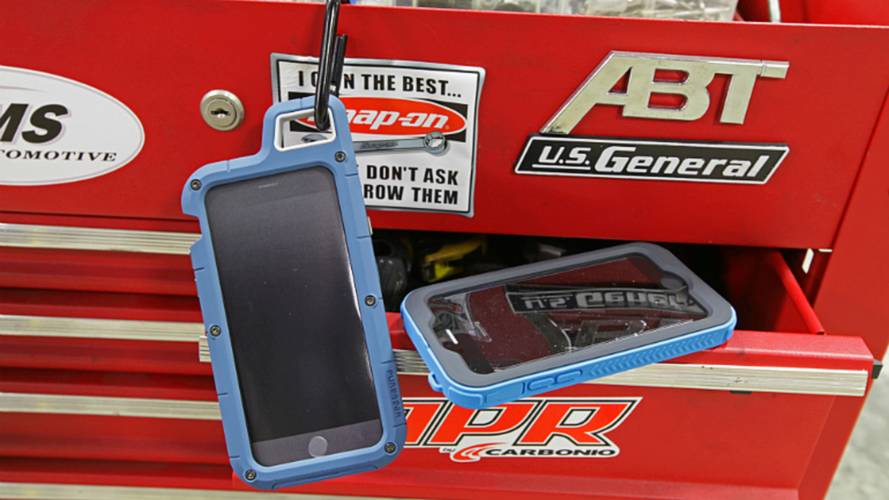 If you’re anything like us, then you're constantly shelling out for phone repairs of replacement screens because your smartphone got dropped, somebody ran over it, or it’s just scratched to hell. So we thought it was time to look at some rugged protection to better safeguard the second most important thing in your life.

Both of these cases are designed for the Apple iPhone 6/6S, but PureGear also offers similar cases and accessories for Samsung, Motorola, HTC and some other manufacturers (pure-gear.com).

The rather extravagantly named DualTek XT Extreme Terrain is the latest version in the DualTek family. Priced at $49.99 it is built to approved military standards and is certified to IP65 for dust and water resistance.

This level of protection usually means a large, bulky case. Yet, the DualTek is relatively slim while still offering shock absorbing impact corners. These are designed to isolate the hit and protect the phone thanks to the layered construction, which can flex and absorb the energy.

As you’d expect, there is a built-in screen protector, but we didn’t detect any loss of screen sensitivity when using it. However, this will avoid annoying scratches and keep the phone in good condition.

Another advantage of the PureGear case is that it actually looks good. Again, it’s not another Special Forces reject that looks like it could be a deadly weapon. This is a more stylish solution to keeping your phone sleek and safeguarded. The rubberized finish feels good and won’t slip out of your hand thanks to a textured finish on the side.

READ MORE: Great Multi-tools for On and Off-Road Repairs | RideApart

After using the case for a few weeks we can’t find fault. It performs as you’d hope and the phone survived after an inadvertent short fall onto a workshop floor.

A more unusual solution to phone dropping problems is the PureGear PX360. This is described as an Extreme Protection System and features several interesting design elements. Among them is the distinctive carabiner hole, allowing the phone to be securely attached to your belt, backpack, toolbox, handlebars or wherever else you find yourself. Unclipping the phone is fast but the carabiner means it always stays where you put it.

If your hands are oily and you should drop the phone, the case is drop-resistant thanks to the high-impact design. The case is also dust-resistant, having covers for the lightning and audio ports.

Giving the PX360 a more industrial feel is the screw-in fascia. Supplied with a small screwdriver, the phone is locked away for its own safety. This seems like overkill since it’s not even offering water-resistance. However, the supplied screwdriver acts as a kickstand for viewing videos and the screw fixing adds to the ruggedness.

Again, there’s a screen protector and a choice of four colorways including black/lime, blue/grey and green/lime. It costs a reasonable $39.99 and is available from retailers such as Amazon or directly from pure-gear.com.

While we really like the PX360, the large design means it’s not for everybody. But we certainly think it would appeal to anybody with an active lifestyle who is looking for some extra security for their smartphone. The DualTek XT is a great package for somebody looking for a high level of protection and comes at a good price ($49.99) when you consider a replacement screen is more than $100.