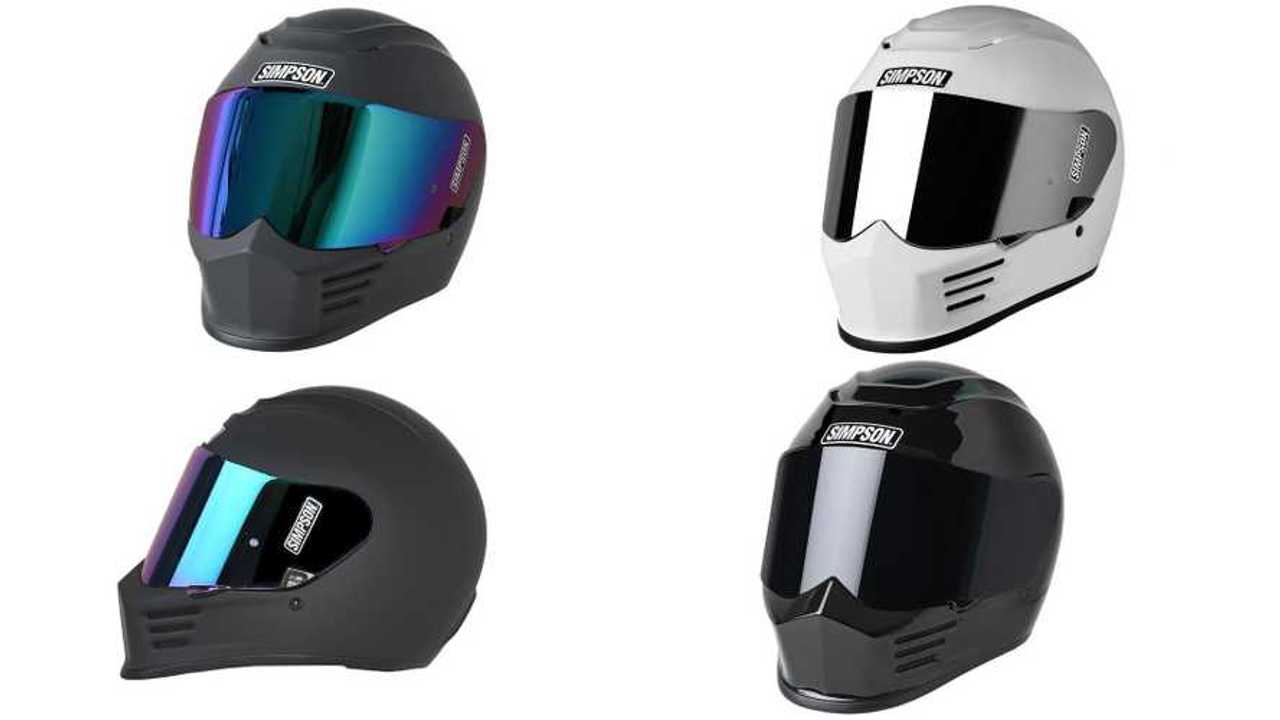 If you want the old-school look of a Simpson motorcycle helmet in a modern package, here’s some good news. Simpson just introduced its new Speed Bandit motorcycle helmet. It has the company’s unmistakable retro exterior, but several updates for comfort and usability, at a very respectable price

Like most of Simpson’s helmets, the Speed Bandit comes with a Star Wars stormtrooper aesthetic, the result of combined airflow-enhancing features. The Speed Bandit has Simpson’s “Speed Brow” lines sculpted into the helmet’s shell over the visor. That gives the visual effect of a wrinkled eyebrow, but it’s actually intended to give low-pressure venturi-effect venting. Same for those gill-style chin vents. There’s also a large, central exhaust vent on the back of the helmet, for maximum airflow.

The visor itself offers a wide field of view, with four detent positions. It’s the same visor that’s already found on the Ghost Bandit helmet, and it’s compatible with Pinlock anti-fog inserts. The clear visor is standard, but Simpson offers chrome mirror, dark smoke and iridium visors as well. Visor pricing ranges from $55 to $75, depending what color you want. Put a dark smoke visor on, and you’ll look just like The Stig, so that’s obviously money well spent!

The Speed Bandit’s liner comes with pockets for communication system speakers, making it easy to attach a Cardo or Sena Ups The Ante With All-New 50 Series Helmet Communicators for in-flight music or turn-by-turn vocal GPS directions. The liner is fully removable and washable, too, and the chin strap uses double D-ring closure.

To keep weight down, Simpson offers the Speed Bandit in three exterior shell sizes; an XS helmet will weigh less than an XXL helmet, and offer a smaller profile. The shell is made from thermo-injected polycarbonate plastic. It's not the most exciting material, but that keeps the cost down. Currently, Simpson’s website lists the Speed Bandit with a $280 MSRP.

For now, the Simpson Speed Bandit is only available in white, black, and matte black. It’s FMVSS 218 DOT-approved and ECE 2205-certified. That's probably legal at a drag strip, but you won’t be taking this helmet vintage racing at most tracks. No worries, though—most people are buying these helmets are casual riders, only interested in the vintage look, not high-performance capability.