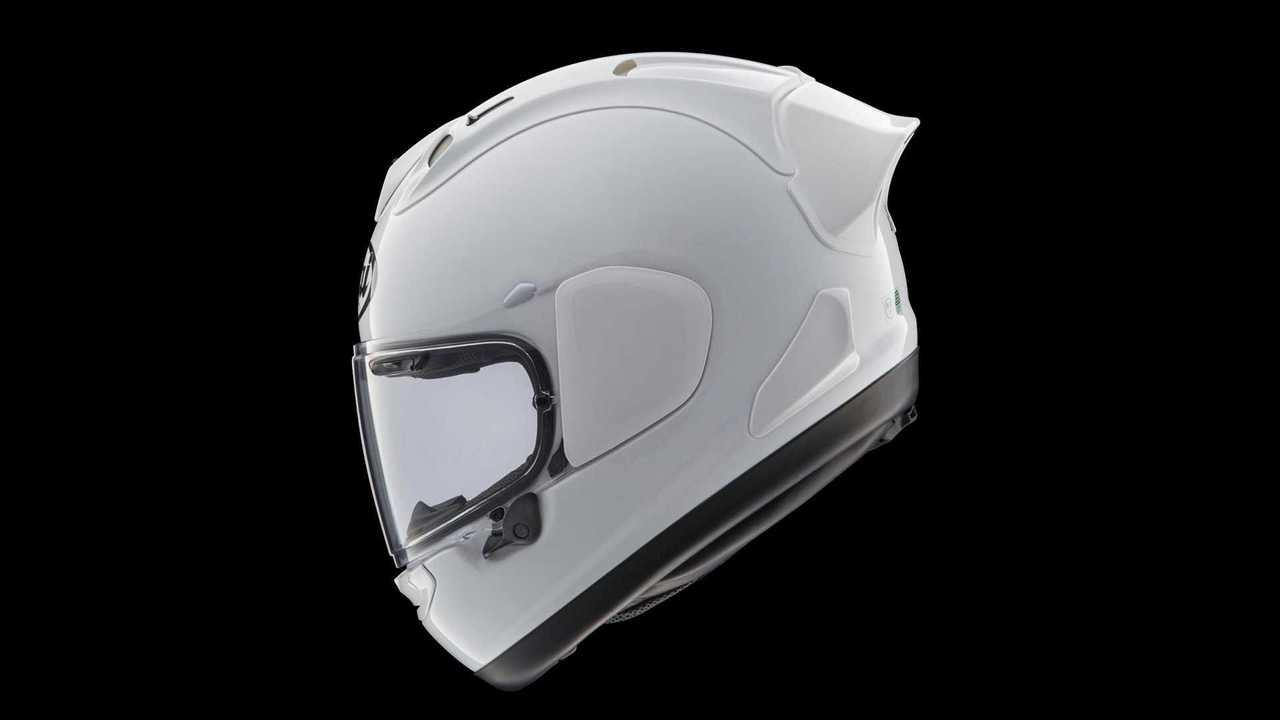 Arai Helmet is known for its safety record. From its proprietary fiber reinforced plastic (FRP) shell to its external face shield mounting system, the company prioritizes protection over all else. To meet its rigorous standards, each lid is hand-built and every model for sale in the US is Snell-certified.

The Saitama-based brand is so focused on safety that it adheres to a continuous 75-degree radius shell construction for each helmet. Arai believes this strict specification disperses kinetic energy more efficiently and reduces rotational forces on the head caused by the helmet catching on rough surfaces. While the design philosophy caters to the rider’s well-being in an accident, the shape doesn’t bode well for track speeds. To help racers gain the upper hand on the circuit, Arai recently released an aerodynamic spoiler for the RX-7X race helmet.

Reaching speeds of 350km/h (217 mph), MotoGP racers need a stable helmet to stay in the hunt for first. If wind forces cause turbulence on the head, the rider could fatigue over the course of the race and face immediate danger. To help the company develop the spoiler, Arai tapped Japanese MotoGP rider Taka Nakagami to test the RX-7X's attachment.

“Since using this racing spoiler, my head shake has been significantly reduced, which allows me to focus more on the race,” said the LCR Honda rider. “Also, the top speed is higher than before and the effect is great!”

While the spoiler departs from the 75-degree continuous shell radius, the detachable piece easily breaks away from the helmet in the event of a crash. Arai’s RX-7X spoiler is designed to benefit the racer whether they're pulling away on a long straight or tumbling into the gravel pit.

The attachment's aerodynamic properties will primarily suit track riders, where tenths of a second can separate first from second place. However, nothing’s stopping street Rossis from adding one to their Arai. For those that use the RX-7X in various situations, the spoiler can be easily attached and detached from the helmet’s rear air duct.

The aerodynamic lip comes in 6 colors: white, black, glass white, glass black, flat black, and light smoke. It’s currently only available in Japan and retails at ¥4400 ($41 USD) for light smoke and ¥5500 ($52 USD) for colored variants. Whether you’re slipstreaming for the win or full tuck on the highway, the RX-7X's spoiler should have you covered for both speed and safety.