Would You Buy A Helmet Because Of Better Vision? 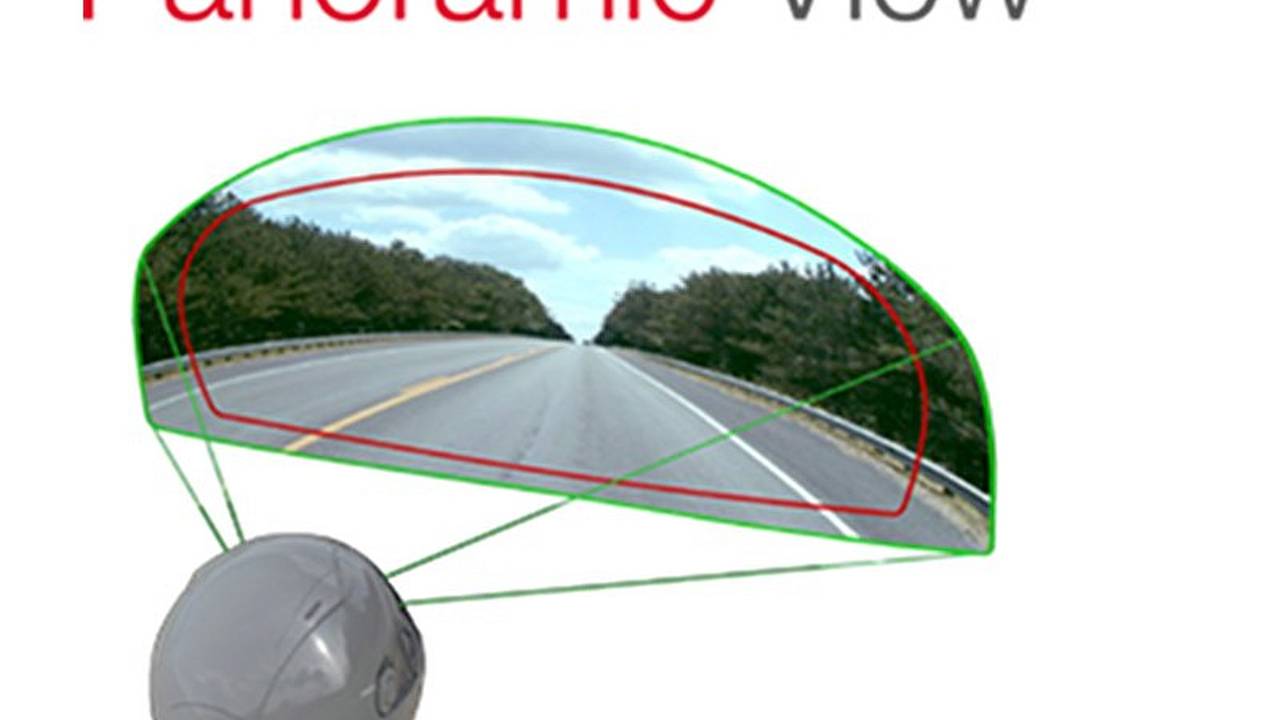 Shark's new helmet is a Vision.

The Unique Selling Point of this new Shark Vision-R helmet is that it expands its visor aperture beyond the minimum vertical and horizontal requirements, offering improved peripheral vision. Shark claims it exceeds the minimum and most often used degree of vision by 25 percent vertically and 10 percent horizontally, giving it the largest aperture of any full-face helmet on the market.

Build Your Own Lid With Bell Helmets' New Custom Program

Most helmet standards set 105° (in one direction) as the minimum range of horizontal vision, 7° upwards and 45° downwards. 110 percent improved horizontal vision would equate to 115.5°. The vertical improvement is harder to define as Shark doesn’t specify how much of that is upwards and downwards, but 125 percent is a fairly substantial increase.

We’re guessing that the improvement illustrated in the top image or in this video is somewhat exaggerated, but still, you get the idea: less-restricted vision at the extremes of your ability to see upwards, downwards and sideways.

Helmet standards are some of the most asinine reading you’re ever likely to undertake. For instance, this is the passage from the ECE regulations discussing minimum horizontal vision, DOT and Snell are pretty much the same:

Tellingly, Shark makes no mention of “safety” when discussing the improved peripheral vision. It’s assumed that most people can only usefully see 90° to either side, so you’re unlikely to be able to take advantage of the larger aperture to be able to see better. Instead, Shark likes to say that the Vision-R delivers the feel or experience of an open-face with the safety of a full-face.

The downside of such a large visor aperture? Shark hasn’t released an official weight for the Vision-R yet, but it has said that the helmet will only be available in two shell sizes to accommodate the full range of head sizes; typically, helmets are available in five shell sizes. Increasing the size of the big hole in the front of a helmet means decreasing the size of the shell and potentially sacrificing some of the helmet’s ability to restrain the head in a front-end impact. The lack of available shell sizes indicates that adding that ability to restrain the head back in is likely complicated or expensive or both.

Because helmet safety standards and construction are so difficult to understand, we reached out to a helmet designer at a major helmet maker for some perspective. He prefers to remain anonymous, but here’s what he has to say:

“You are correct that part of the reason is strength. Open up the eye-port too much and you compromise chin bar strength. If you push the opening too close to the top of the helmet where the impact test is performed you could cause a failure to meet the criteria set forth in the standard you are testing for. The taller the eye-port the less EPS there is covering your forehead in a crash.”

“You also have to take into account the number of shell sizes and the size range you are covering. If you have 2 shell sizes and try to make a huge (horizontally) eye-port you are going to interfere with the field of view when you jam a bunch of foam in the interior to 'fill in' for the smaller size ranges. Start throwing in more and more shell sizes you drive the cost up of the helmet and people don't understand why, even if it gives you a proper fitting helmet (XXS, XS) that is lighter and in theory, safer.”

“There are other issues like giant holes equaling giant shields that won't open all the way without hitting the vents on top of the helmet as well as other shield/ratchet engineering complications.”

We’re sure that Shark was able to make the Vision-R as safe as the rest of its range, but there’s likely going to be a penalty in weight, price and the aforementioned limited range of shell sizes. So, taking into account the penalty you pay for increased peripheral vision, is it worth it?