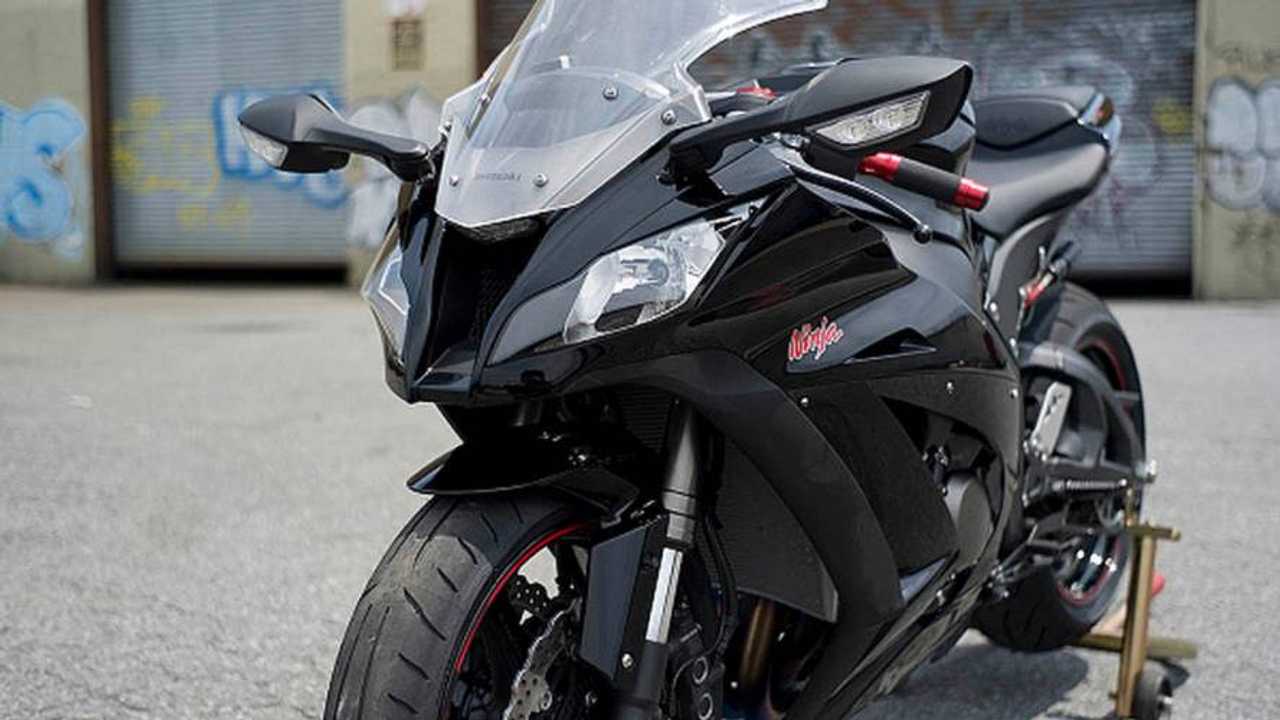 Who’s qualified to review a liter bike? Grant and I can ride them pretty hard on both road and track, take nice photos and write some nice words. Others can throw down impressive lap times. But no one, absolutely no one, is using a bike like the 2011 Kawasaki Ninja ZX-10R to the limits of its performance in the same way as New York’s Fastest can. I think that makes their opinion pretty interes...

Who’s qualified to review a liter bike? Grant and I can ride them pretty hard on both road and track, take nice photos and write some nice words. Others can throw down impressive lap times. But no one, absolutely no one, is using a bike like the 2011 Kawasaki Ninja ZX-10R to the limits of its performance in the same way as New York’s Fastest can. I think that makes their opinion pretty interesting. Over to you, Skank. — Ed.

Occasionally we will get unsolicited emails from readers sharing past experiences or discussing controversial topics involving illegal activities. We have reprinted one such email, with permission, for entertainment purposes only. This is not meant as an encouragement to participate in activities that may lead to the commission of a crime or injury to yourself or other individuals. Hell for Leather insists that you do not try to ride in the manner depicted in the article, that you always operate your motorcycle in a safe and responsible manner, and always obey your state and local traffic laws.

So, a friend of ours picks up a new 2011 Kawasaki Ninja ZX-10R (the one without ABS) and does a couple of modifications to it. Nothing crazy, just an Akrapovic slip-on and an ECU reflash to remove the American power restriction. He starts swearing up and down that the bike’s a beast and decides to try and race One Arm on his BMW S1000RR.

Now, my buddy is a good rider, but he hasn’t been on a proper sportsbike in 10 years, so I warned him not to try and race One Arm. What happened? He almost hit the wall at 130mph...while going in a straight line. Funny shit, if you ask me.

Anyways, he agreed to let me ride the bike and, a couple of weeks later I was finally on a ZX-10R. Camera mounted, a few adjustments to the stock suspension, a slight tire pressure change and off to the races we went.

Now, I’m no pro racer and no so-called expert that gets paid to voice his opinion on motorbikes. I’m someone that rides his bikes fast and hard and for long periods of time on a regular basis. This is my opinion from my point of view. Usually, when I’m talking about bikes, it’s at 4am in some dark parking lot with friends. We talk tires, suspension and riding. So let’s just say that here we are at a gas station shooting the shit.

I’m over six feet tall and approximately 250lbs fully geared. First time swinging a leg over the bike it felt like it was made for me. Everything about the seating position and leg room felt great, it was just a really good fit. After gassing up and pulling my visor down, it was time to see what this bike could do.

Right away, I started playing around with it. I wanted to feel how the bike handles corners, so we hit some high speed sweepers at about 140mph. It dropped right in as soon as I started to lean and hold a line nice and steady with ease. Next, I started hitting dips and bumps at speed. Even with the Ohlins steering damper turned down to zero and just a few adjustments to the stock suspension, the Kawasaki soaked up rough pavement easily and without head shake.

My confidence in the ZX-10R was starting to go up, so I started to open it up. Since it’s not my bike and it had some bullshit tires on it, I didn’t want to go all out. So I kept to about 160mph. Again, the bike was on point. It felt really good. The only thing about the suspension I can knock is the shock. I did my best making adjustments, but the stock unit seems to sag a lot mid-corner and while exiting sweepers on the throttle. Tightening up the preload would have made the ride too stiff for the bumps. Instead, it could probably use a few shims to raise the ride height and/or a heavier spring.

I can’t really comment on how the handling of the ZX-10R in stock form compares to a Honda CBR1000RR. My CBR has had an Ohlins TTX shock and Penske fork internals since the first week I bought it. I was running this ZX-10R on OEM suspension. That worked fine, just nothing like the CBR with aftermarket add-ons. Nor can I comment on traction control, I switched it off and left it there.

The ZX-10R is definitely there on power. On my old CBR1000RR, no matter how big a jump I would get on One Arm’s BMW in the corners, he’d instantly reel me in on the straight like I was riding a 600. I remember all last season, riding my ass off trying to get as far ahead of One Arm as I could, then he’d just roll past me on the straights while I cursed into my helmet at BMW for making such a fast fucking bike.

I didn’t buy an S1000RR because I really didn’t like it. I don’t generally care for European bikes no matter how bad ass they might be. Plus, I think the BMW looks like shit. I hate the lines on it. I looked at One Arm’s BMW over and over and over and it’s just plain fucking ugly. It takes more than just a motor to sell me and I feel the ZX is the better choice.

The ZX-10R is definitely competitive on the power. With the ECU flashed, the bike is just a beast. The power comes on strong and smooth in every gear and it pulls very hard to its limiter in 6th gear.

One Arm and I did a few good roll ons from 2nd and 3rd gear and both bikes were pretty much neck and neck until the ZX-10R hit 6th gear. That’s when the S1000RR still starts to walk away. After this happening a few times, we realized the Kawasaki wouldn’t go past 13,200rpm in 6th. The guy who flashed the ECU didn’t remove all the restrictions and this bike couldn’t rev out in 6th to the 14,000rpm redline. Both bikes still managed 186mph using the same GPS unit.

In the looks department, this bike is bad ass, real sharp looking. The only thing that sucks is the stock windscreen. At high speeds, for long distances, the wind hitting my helmet becomes annoying and painful. The next day, I had a stiff neck. For someone shorter, it might be fine.

Despite that, I fell in love with the bike and decided to buy one the very next day. Instead of me looking for a bike, one found me. Someone posted a comment on my YouTube channel trying to sell theirs. He happened to live in my area, so we met up and I checked out the bike.

Right now, the bike is in pieces at my shop. The tank’s off and the airbox is open because that’s where Kawi stuffed the ECU. I pulled out the ECU and sent it to a specialist, who guaranteed me they could remove that 6th gear rev limiter. They warned me that 14,000rpm might be pushing it in 6th, but I figured that if the bike can hit 14,000 in every other gear, then 6th should be no different.

I also pulled off the forks and shock. I’m sending them to a suspension specialist for an Ohlins 25mm kit and to have the shock resprung for my weight.

Other upgrades are a DID ERV 520 chain, Driven sprocket, Woodcraft frame sliders and reverse shift pattern. Looks wise there’s a Hotbodies undertail and hopefully I’ll get an MRA or ZeroGravity tall windscreen and 3M paint protectors.

This is the bike that will go up against One Arm and his S1000RR once my ECU is tuned and all these parts are installed.