“The Ducati 1199 Panigale R is the ultimate representation of the performance motorcycle,” Ducati general manager Claudio Domenicali told us yesterday.

“This is the ultimate representation of the performance motorcycle,” Ducati general manager Claudio Domenicali told us yesterday. He was riding alongside journalists at the launch of the flagship Ducati 1199 Panigale R at Austin’s brand new Circuit of the Americas, a track the company will revisit in for the first ever MotoGP race there.

Fun fact: in the hands of Ducati’s development rider, the 1199 R is only one second a lap slower around COTA than MotoGP’s CRT racers.

Compared to previous “R” model Ducatis, the $29,995 1199 R gets relatively few upgrades over the $22,995 S. But, with just a seven grand price differential, it’s also much more affordable.

“The R makes possible the homologation of the RS13 Superbike,” Claudio explains. “It also brings a level of adjustability suited for amateur racers and very serious track riders.”

Most of the changes are inside the motor. The electronically adjustable Ohlins TTX suspension, forged Marchesini wheels and top-shelf Brembo M50 brake calipers remain unaltered.

Titanium connecting rods shed 630 grams, a lighter flywheel drops 700 and the rocker arms receive a low-friction DLC coating. The result is an engine that picks up revs much more quickly and achieves a 500rpm higher redline, now 12,000rpm.

Speaking of the the motor changes and altered gearing working together, superstock racer Eddi la Merra says, “Now I can use more revs and I can use the same gear for longer.”

As you can see, the gearing also substantially increases thrust at the rear wheel by a substantial amount, particularly through the mid-range. Ducati isn’t claiming any increase to the Panigale’s 195bhp power figure, but suggests there are a few extra horsepower in there.

With that included-but-not-fitted exhaust, power climbs 7bhp. Yep, the bikes we were riding made north of 200bhp.

Chassis-wise, the only change is a four-way adjustable swingarm pivot, designed to allow racers to dial in the bike to deal with tire wear during a race.

“With the pivot at -4, I can push much earlier in a corner,” explains la Merra. “With more grip on the rear, I don’t have to pick it up so early and can keep it leaned over for longer while getting on the power.”

Add that adjustability to all the user-configurable electronic rider aids — traction control, ABS and even engine braking — and you can tailor this bike to suit rider, track and conditions to a far greater degree than any other production bike on the planet. Oh, and like the rest of the Panigale range, steering angle is adjustable too.

All those little changes make the R the lightest superbike Ducati has ever made. At just 363lbs (dry) it’s 36lbs lighter than a Yamaha R6. That’s on a bike that makes, with Termis fitted, over 200bhp and around 100lb/ft of torque. 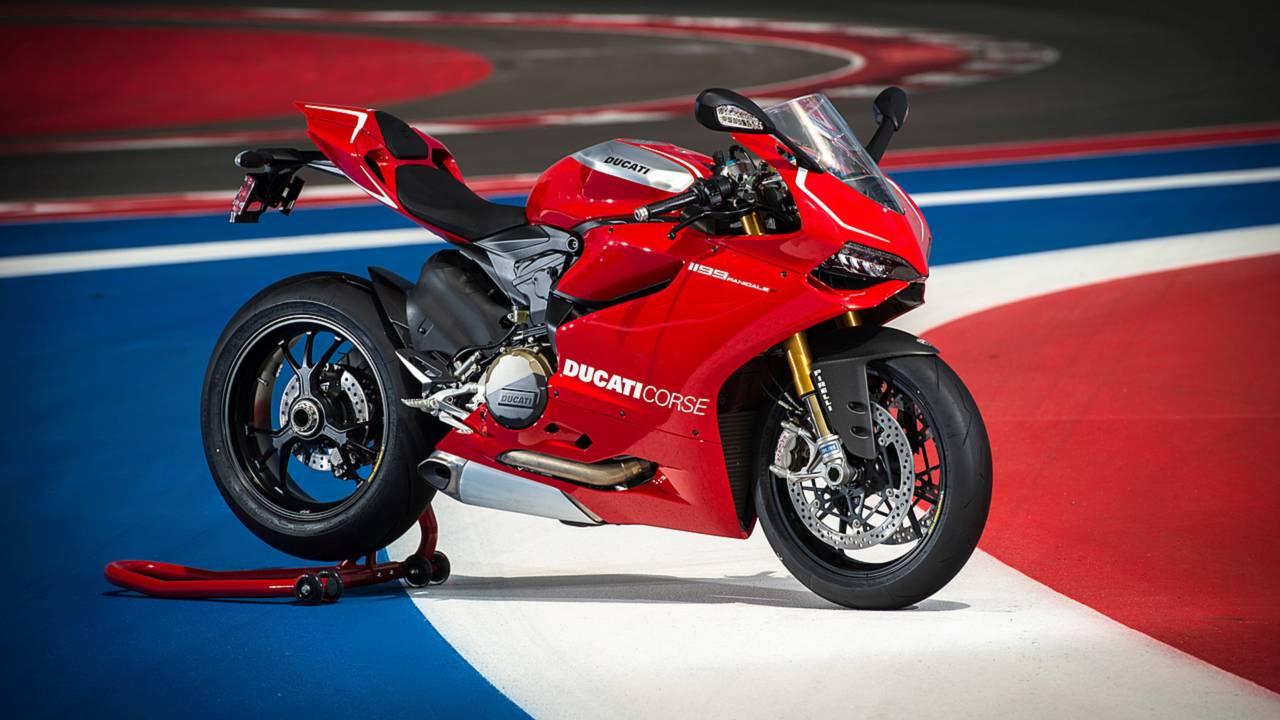 My first time back on track post all that ass scar business, one emotion dominated my time on the Panigale R: terror, shear and absolute terror.

This is the fastest production bike in the world after all, something I verified by finding the rev limiter in 6th on COTA’s back straight. The speedometer stops counting at 186mph, but Tim, Ducati’s protein shake-obsessed PR person later told me that limiter kicks in at 202mph. That’s the fastest I’ve ever been on two-wheels.

The chassis and track-compound Pirelli Diablo SC2 tires do such a good job of dealing with the power, that the overall impression of WOT on the R isn’t so much one of acceleration, but of warped space and time. Whack it all the way back, click through gears on the quickshifter, and all of a sudden that 2nd gear hairpin that was is right there, in your face, better brake now. Coulda sworn it was three quarters of a mile away just seconds before.

COTA contributes to that too. Despite the two long straights, this is a tight, technical track built to deceive and challenge riders. The front straight is similarly fast, concluding in a steep, uphill left hander that’d probably be taken in 1st gear on any other bike. There’s also elevation changes through virtually every one of the 20 corners, but sometimes those are only a foot or so, just enough to hide which way the next corner goes. I didn’t feel I had any concept of appropriate lines or braking points at all until the final session of the day.

Acceleration does not seem to taper as you approach 200mph, pulling as hard in 6th as it did in 3rd. Of course, power is simply immense in the lower gears, lifting the front at even the faintest whiff of throttle. Forget what you know about superbike performance, the 1199 R is in a different league altogether to anything else, even BMW’s S1000RR. Where that bike couldn’t be friendlier, the Panigale will literally punch you in the face every time you get on the gas.

The R is the opposite of friendly, it is an angry, snarling beast of a bike that’s challenging and unforgiving and overwhelming in any possible way it could be. Riding back to the hotel in the shuttle bus, David James, Ducati’s international press manager asked me how my day was. I showed him a picture of my butt and told him I hadn’t been on a track in over 6 months. He was astonished I was able to ride the R at all. I rode it poorly, but I did ride it. Really happy to be on this plane headed home, in one piece.

Continue Reading: The Good, The Bad, and the Verdict >>

The 1199 R is the fastest way to lap a track on a motorcycle you can buy from a showroom, period. Everything is good.

Power is absolutely astonishing, as is the delivery. Forget your fears that Ducati has dropped some low-down torque in pursuit of top-end horsepower, this thing still pulls harder than any other motorcycle, anywhere in its rev range.

Luckily, feel is also peerless. The R keeps you informed of what’s going on in every single one of its components at all times. Other than being shocked by how fast it is, you will never, ever be surprised by it. “Hey buddy, I’m gonna slide out of this corner, you ok with that? Ok, cool, here we go. You should probably hang on.”

Revs pick up incredibly quickly thanks to the motor changes. Blipping downshifts only takes a tiny movement rather than the big arm jerks you see on other bikes.

Ergonomics! I once did a trackday on a 748 and couldn’t last a full 20-minute session without my back going into spasms. A full day on an 1199 R? Not even a tiny bit sore, anywhere on my body. That also facilitates control, making body position easy and natural.

And don’t forget the handling. Oh, the handling. It’s a cliché to say a superbike handles like a 600, but this thing honestly handles better. It’s quick to turn in, utterly stable once its over, capable of impossible angles of lean and puts its power down with merciless composure.

All that electronic stuff helps, of course. The TC works imperceptibly, making it feel like you’re the one correcting the slide. And, the way I’m riding at the moment, it’s definitely not me. 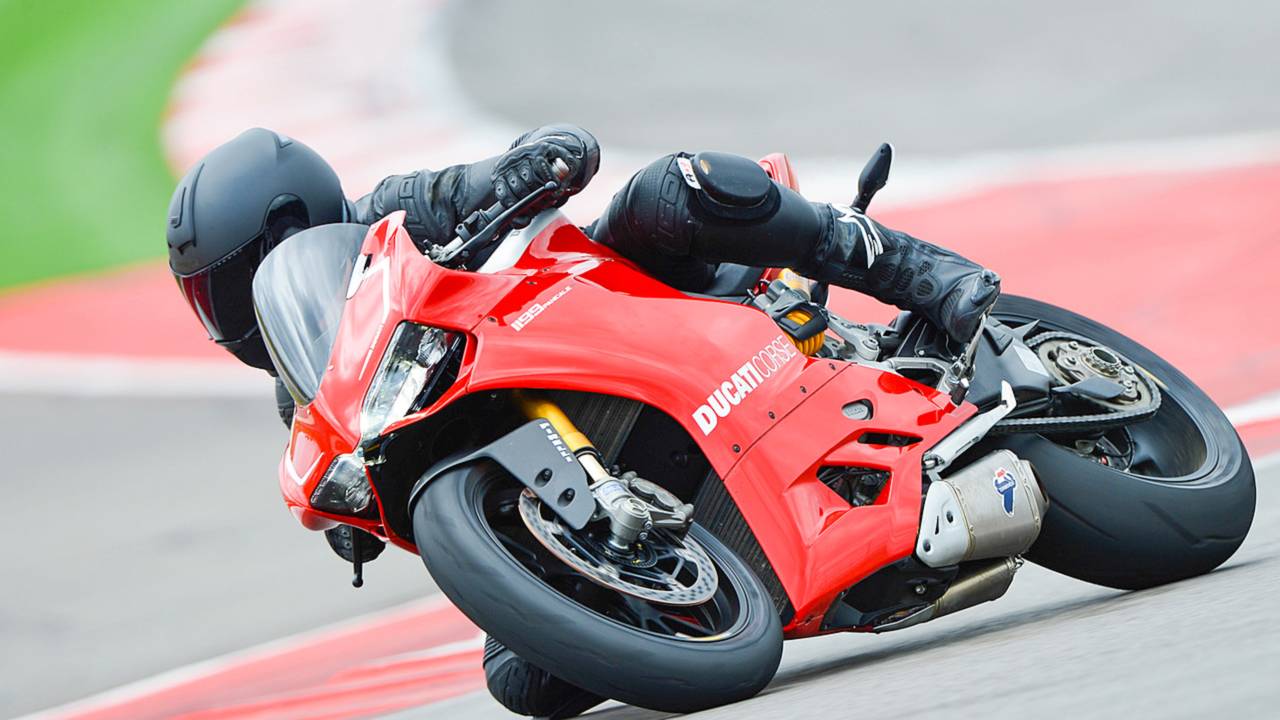 Those incredibly powerful M50 calipers are also pretty grabby through the first few millimeters of the levers throw. I wouldn’t want to use them on a cold, damp morning on the street.

There’s also some non-linearity in the throttle through the mid-range. This is actually something Ducati designed in to aid aggressive riding. Go faster than me and it won’t be a problem.

This is not a friendly bike. If you’re of average ability, it will make you slower, not faster. That experts-only focus is very welcome and results in an incredibly involving experience, but it’s no joke. Come into riding one of these aware of that.

I almost want to ask, “who cares?” There’s nothing else like this out there, at this price or any other.

The $7k increase over the S brings relatively few changes, but for those of you that plan on racing or seriously tracking it, you’ll benefit from the additional adjustability and those motor changes add up to more than they appear to. Of course, there’s the whole buying-into-an-exclusive-club thing, too.

"Without doubt, this is the best stock, production motorcycle I’ve ever ridden..." — Cycle World

"...worth every penny...beautiful, exciting and involving." — MCN 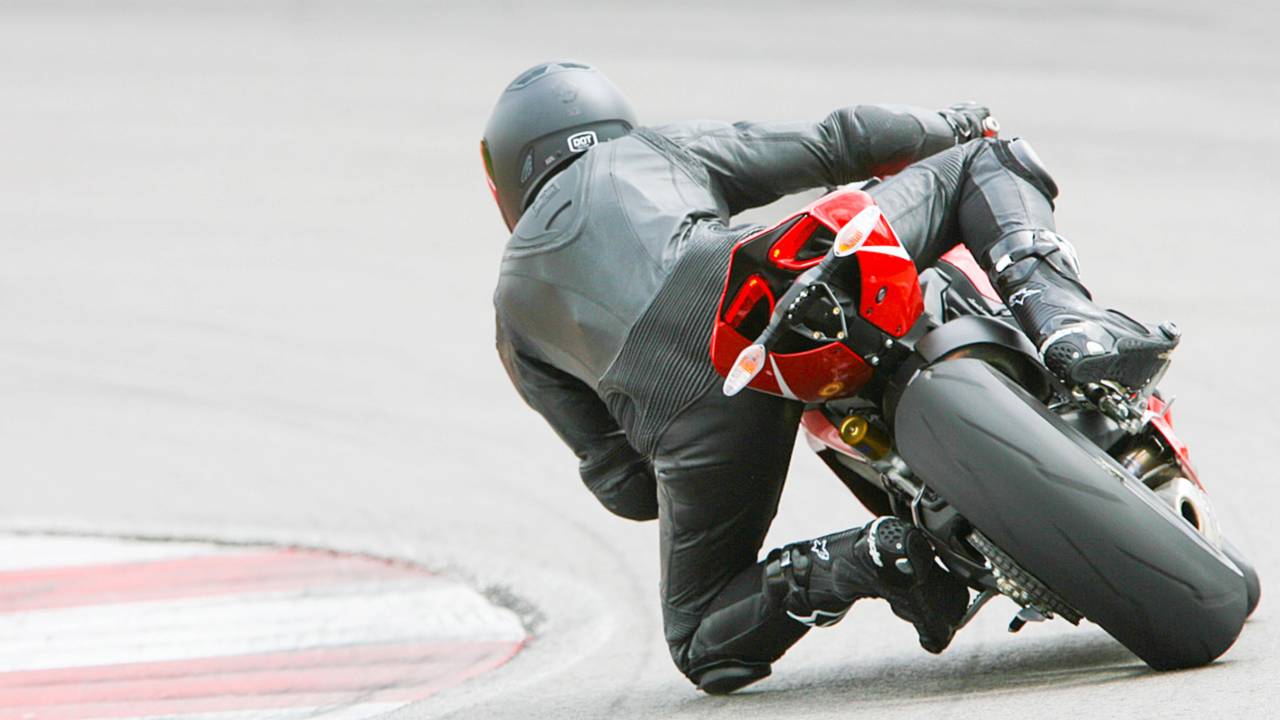 And, the lists of mosts and bests and whatnot continues: electronics, adjustability, components, nothing on the R is second best, it is the absolute best.