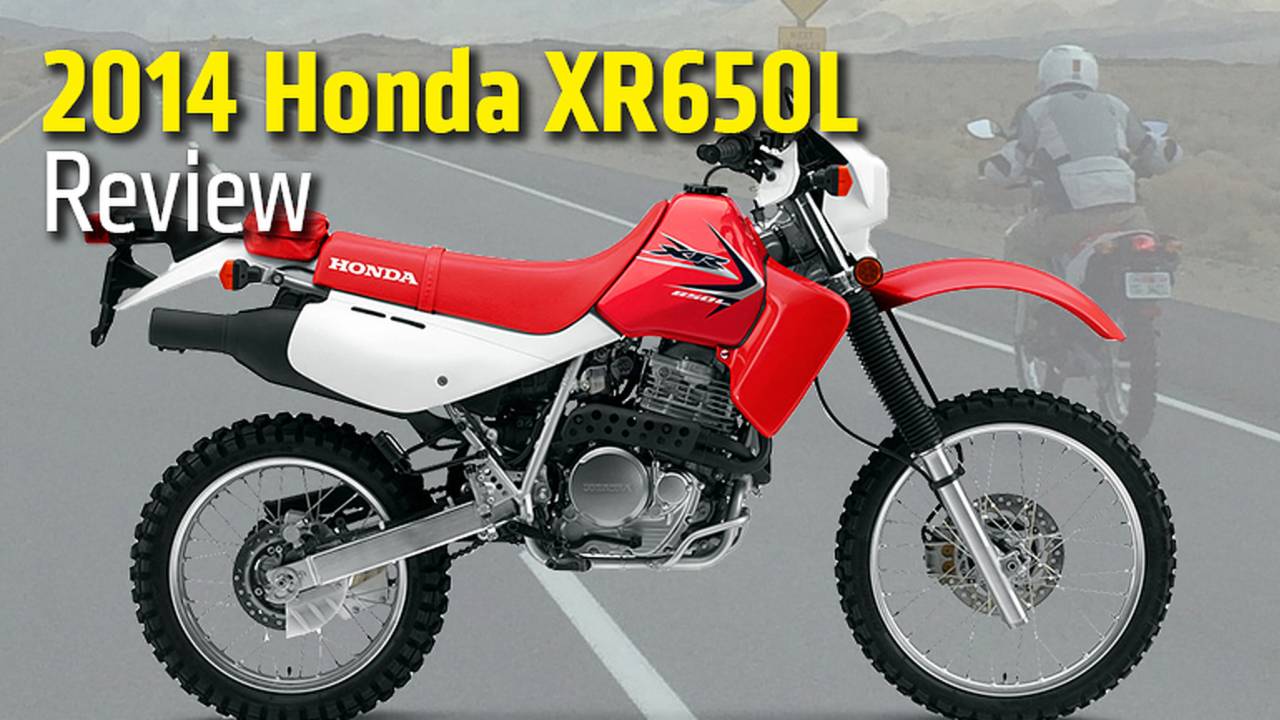 Honda’s big dual-sport is a throwback to a bygone era of steel frames and air-cooled motors. Learn more in this 2014 Honda XR650L review.

Now in its 22nd year of production, Honda’s big dual-sport is a total throwback to a bygone era of steel frames and air-cooled motors. We rode it through Saline Valley this weekend to find out of that’s enough to find adventure. Learn more in this 2014 Honda XR650L review.

Nothing. The XR650L hasn’t changed in all that time. Why? Well, the market for big dual-sports isn’t exactly super competitive nor terribly popular. The Suzuki DR650 hails from 1990 and the Kawasaki KLR650 from 1987. Development in the sector has occurred in the high-end — KTM 690 Enduro R — and in the small capacity — Yamaha WR250R, Honda CRF250L.

But, while the XR650L is likely older than many of our readers, its age doesn’t limit its ability. The basic nature of the bike also makes it dead reliable, its age and lack of updates mean parts and knowhow are easy to find and, at $6,690, it’s relatively inexpensive to buy, too.

And make no mistake, this isn’t one of those modern ADV bikes which are basically tourers dressedup in off-road drag, it’s a bonafide dirt bike with a 21-inch front wheel, long travel suspension, 37-inch seat height and a gas tank that’s only good for about 50 miles.

Our group of four rode two XR650Ls and two Honda CRF250Ls from Los Angeles to Saline Valley Hot Springs, a round trip of approximately 600 miles, 100 of which were on dirt.

Even wearing knobby tires, the XR is surprisingly happy on the highway, so long as you limit cruising speeds to between 70 and 80 mph. Push any harder and the big single-cylinder motor does start to vibrate a little too much. There was one 10-mile stretch where we were pushing speeds a bit, which caused it to transfer so much vibration to my body that I became convinced I’d peed my pants. Turns out it had just made my entire groin area go so numb that it just felt wet.

But it’s off-road where the XR really shines. There, it’s simultaneously friendly and respectfully fast. It’s under-stressed motor might only make 33 bhp and 32 lb.-ft. of torque, but it does so over a wide, easy rev range that enables you to maintain a solid pace.

The biggest limitation off-road is in the ergonomics. As stock, the pegs are so high and the bars so low that, at 6’ 2” tall, I’m virtually unable to remain standing for longer than a minute at a time, the degree of back bending required is just too extreme.

But, what the XR lacks in outright performance or even dirt friendly ergos, it makes up for with an understated capability that will get you anywhere you want to go with little effort and no complaint.

At $6,690, the XR is affordable, if not surprisingly cheap in the mold of Honda’s recent successes. That’s on-par with other similar bikes in the segment too. Trouble is the $4,999 CRF250L is 90 percent as capable as its bigger brother and returns far superior fuel economy. As it is such an old model, the used market is also full of nicely-upgraded, low mileage XRs for less money. We’d shop there.

You know when some hillbilly shouts “get ‘er done” then chops down a tree with little but a hatchet? That guy is the living embodiment of the XR650L. It’s not fancy, it’s not going to impress anyone, but it’ll get you where you want to go with a simple, rugged capability that belies its spec sheet or prehistoric origins.