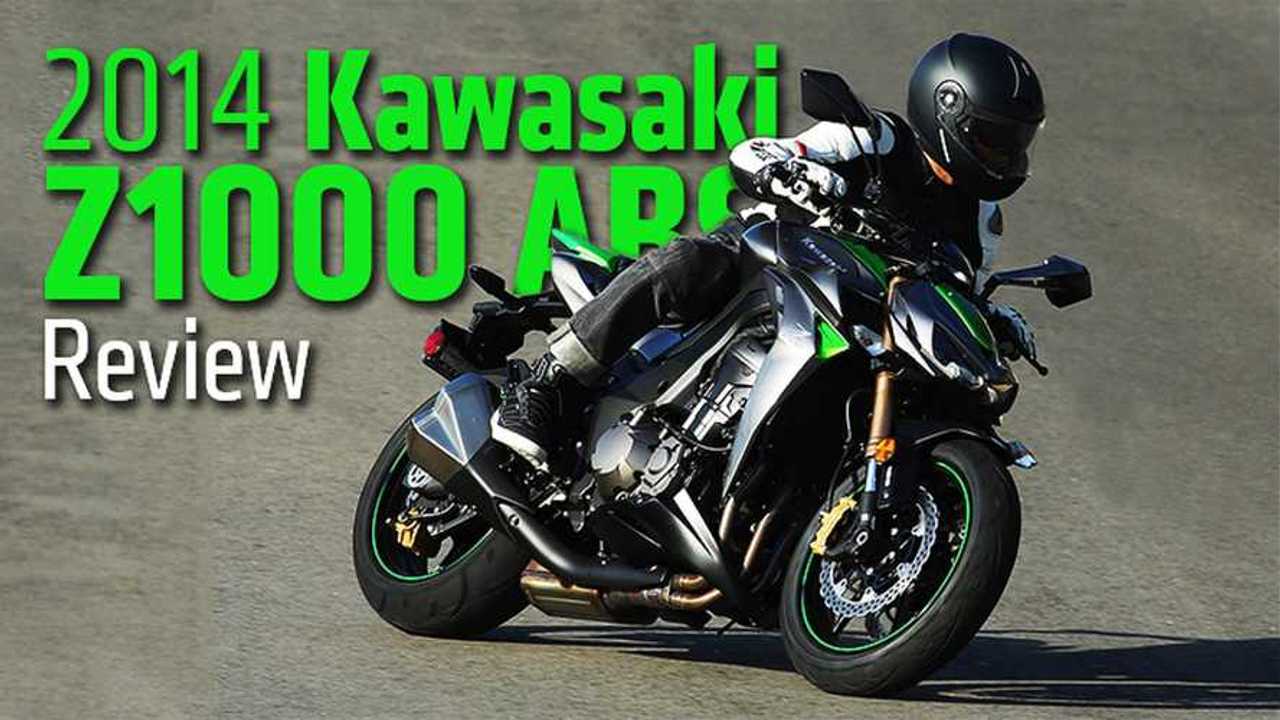 Naked bikes usually fall under one of two strains: the nostalgic, retro-inspired traditionalists (Honda CB1100R, Triumph Bonneville), and the radically styled futurists (Aprilia Tuono V4R, MV Agusta Rivale 800). The latter of which usually earn the cryptic “streetfighter” label. Falling squarely into the streetfighter camp, the 2014 Kawasaki Z1000 gets a dramatic restyling and a laundry list of mechanical tweaks for its latest update. But is this squat-faced literbike as mind-bendingly modern as its new looks suggest?

Back in 2003, Kawasaki’s Z1000 broke cover as an all-new bike packing a ZX-9R-based engine, and earned somewhat of a cult following with its then-edgy styling and rose gold pipes. A refresh in 2007 endowed it with meaner bodywork and engine upgrades, while another revamp in 2010 added a revised engine, chassis, and styling, which once again introduced slightly weird exhaust cans, this time with a gold trumpet look.

Most visibly, the latest Z1000 has been slapped with a wild combination of sharp-edged side fairing panels, a mean, squinty, low-slung headlight assembly, and a bulging tank that resembles an anxious feline. Kawasaki’s marketing department calls the treatment “Sugomi”—Japanese for “awe inspiring.” We call it “unrepentantly acute.” Hey, everyone needs a calling card, and this one takes the streetfighter theme to a new level.

Re-shaped aluminum handlebars create a more aggressive riding posture, while revised instrumentation packs a digital speedo along with a dual-stage tachometer with a traditional LCD bar graph for lower rpms, and a bright white sequence of thin, vertical bars from 4,000 to the 11,000 rpm redline.

Don’t let its Tokyo-in-2025 styling cues fool you: the 2014 Kawasaki Z1000’s ergonomics are surprisingly friendly, despite the more forward-tilted reach and bulgier tank. The 32.1-inch seat height feels shorter thanks to the bike’s slimmer midsection, and grabbing the grips doesn’t require too many upper body contortions.

The 1,043cc inline-4 fires up with a growl, and the clutch requires a light touch for its progressive action to take up, though the shifter can feel a tad notchy, especially in lower gears.

At a claimed 487.3 pounds the Z1000 isn’t particularly lightweight, but it roars ahead with smooth, urgent power that’s dramatized by a deep intake whoosh and a soulful exhaust. Pin it to redline, and the twist doesn’t quit; though Kawasaki only publishes torque figures (81.7 lb.-ft. at 7,300 rpm), our seat of the pants suggest that an equally lusty amount of horsepower comes into play at higher rpms. While there, the new tachometer’s bright white vertical indicators add a nice sense of occasion to those jaunts above 4,000 rpm, making it fairly easy to visually process the engine’s proximity to redline despite the small instrument cluster’s out-of-the-way position.

Spin the mill to around 5,000 rpm—essentially where you’ll hover in top gear at 70 mph, and a mild buzz starts to develop at the grips. At freeway speeds, the effect is somewhat countered by the surprisingly tolerable and turbulence-free windflow (despite the lack of windscreen), and the easy ergonomics. The thinly padded saddle feels stiff on longer rides, but it’s not unforgiving enough to cause discomfort on casual commutes.

A night ride through Turnbull Canyon Road, a twisting two-laner that connects Nixon’s birthplace of Whittier, California to the bedroom community of Hacienda Heights, reveals buttoned-down (if somewhat uncompliant) damping, and predictable, stable handling. You can’t flick the Z1000 like a 600cc race replica, but you can negotiate bends with authority. Weight certainly comes into play when hustling this Kawi (as does its stability-creating 4.0 inches of front trail), but the quick-enough steering and taut suspension make amends for the otherwise incontrovertible laws of physics. Hit the straights, and the wailing engine works overtime to counteract those less-than-nimble feelings. Added bonus during moonless nights: though tiny, the LED headlights (particularly in high-beam mode) do a surprisingly good job of illuminating the road. I do wish, though, that the beam had a more vertical throw of light, especially under hard braking when the bike’s nose dips and drops the beam below the horizon line. Though the Z1000 lacks traction control, power delivery is such that a sensible right wrist is all you need to avoid getting into serious trouble. A sometimes abrupt roll-on throttle might make you wish for an electronically adjustable throttle during more aggressive maneuvers, but feels otherwise smooth during more casual riding.

Scrubbing off speed is easy, with the big dual disc front brakes offering strong stops with good feel. Anti-lock brakes rarely get triggered, and when they do they create a lightly perceptible pulse—but they don’t engage abruptly or intrusively enough to make stopping distances feel significantly compromised. The rear 250mm brake, on the other hand, feels wooden and weak, forcing you to focus on the fronts.

The 2014 Kawasaki Z1000 ABS gets a $1,000 price bump (to $11,999), putting it above more mundane (and relatively unchanged) naked literbikes like Yamaha's FZ1 ($10,790), and closer to newer models like the Honda CB1000R ($11,760 for ’13 model). Meanwhile, the Triumph Speed Triple makes a compelling case for itself with its $12,799 MSRP, though the Kawsaki counteracts the saucy Brit with its surprising livability and everyday usability. In all, the Z1000 ABS represents a compelling value considering its performance and overall capabilities—though riders looking for more versatility and options like saddlebags and passenger comfort might want to ditch the so-called streetfighter theme altogether and look for something more sensible.

It may lack the raw visceral appeal of the Triumph Speed Triple and the exotic emotionalism of the Ducati Streetfighter 848, but the Kawasaki Z1000 ABS makes a strong case for itself with its charismatic riding personality, surprising comfort, and distinctive (if controversial) styling. Say what you will about predictably capable Japanese motorcycles: if you’re willing to take the plunge on a streetfighter-style naked bike while maintaining a modicum of everyday usability, the Kawasaki Z1000 ABS manages to tick more boxes than most, despite its countercurrent approach and unorthodox styling.