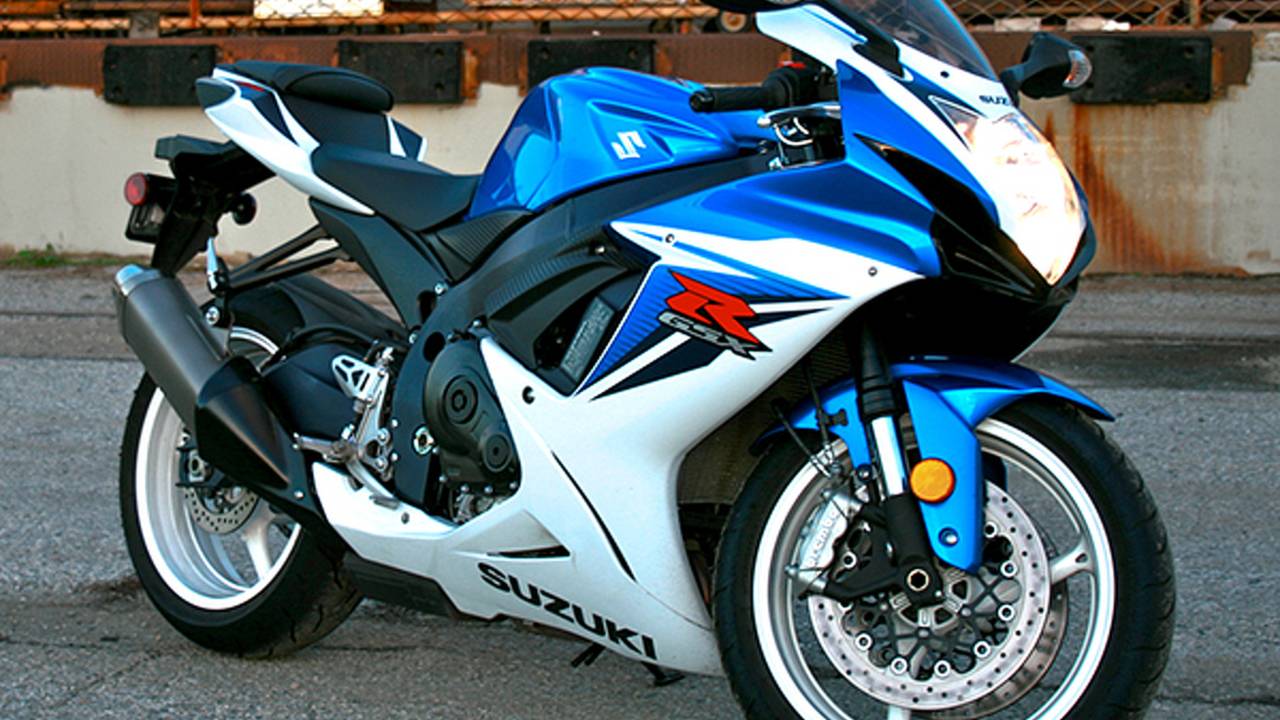 Having spent a month on the Gixxer, I can say it’s absolutely incredible. So much so, that it’s left me thinking about why it took so long to get on one.

When Wes told me we were getting a 2012 Suzuki GSX-R600 for an upcoming episode of RideApart TV I immediately called dibs (something I do very rarely). He seemed surprised until I reminded him that, in all of my years of riding and all of my time helping out around here, I have ridden pretty much everything except a real 600.

Now, having spent a month on one, I can say it’s absolutely incredible. So much so, that it’s left me thinking about why it took so long to get on one and the only thing I can come up with is that it’s all your fault.

Before I continue my rant, a bit more about my experience on the bike. I’m far from being the most qualified person on the team for a real review on a motorcycles with this kind of capability, but here are some thoughts as to how it compares to other things I’ve ridden:

- It’s incredibly light and feels very nimble with the steering as sharp as anything else I’ve ever ridden, only now with a weight that I feel I can actually put where I want it.

- The brakes are incredible and give me the confidence to ride, knowing I can stop on that proverbial dime when someone decides to cross the double yellow into the HOV lane unexpectedly. In fact, it was riding bikes like this with incredible ability that made me want to sell my Bonneville because I never felt safe on it afterwards. With its reduced size and weight, the GSX-R stops as fast and confidently as anything I’ve ridden.

- The power, while not liter-bike strong, greatly surpasses the Street Triple-esq performance I was expecting after all of the things I had heard about how you had to really work hard to keep the revs up compared to liter bikes. The power (though less) also seems to be more immediate because you’re in the power band more than when you’re on a liter-bike that will do 96 mph in 1st gear.

- The headlights, "downgraded" from projector to reflectors in 2011, are actually the brightest I've used on any sportbike. Wes rode up behind me on the freeway at dusk the other day and his high beam was literally blinding.

The only down sides come in the form of being a giant sissy-pants who doesn’t like to look like a power ranger. I’ll spare the boring details but my back isn’t great and most motorcycles leave me pretty uncomfortable, each bike just increasing or decreasing how long before I’m in pain (I know, I know, I picked a great job).

The GSX-R 600 is really, really, uncomfortable, but this is to be expected from a bike this compact and light. My legs are too high and cramped, my hands too low and my wrists hurt, my neck and back are sore after 20-30 minutes. This bike was built to go fast and to put your body in the best position to control a bike moving at a very high rate of speed, quite the opposite of the position you want to be in riding up and down the 405.

The GSX-R is also a red, white, and blue sportbike and I feel like the only eye it catches is that of Johnny Law and dudes in tuner cars who want to race and I just don’t connect with that culture.

Now, where was I?

A quick Google search shows hundreds of “debating 600cc vs 1000cc” forum threads and 90 percent of them are started by people who think they will grow out of a 600cc bike or that a 600cc supersport is a girl’s bike and are filled with comments like “600s just get in my way at trackdays.” Now, unless I’m the worst rider on the road and most of you guys are pros, this is just a completely ridiculous thing to say. I knew after my first ride on the GSX-R 600 that I preferred it to the RSV4 or S1000RR or any of the other beasts we’ve had, not because it is a faster bike, but because it is a better bike for public roads (and a better bike for going fast on public roads if you’re so inclined).

Now, the reason we don’t get many of these to ride is that the companies keep making these bikes every year without updating them. The current R6, for example, was debuted way back in 2005 and this GSX-R is largely unchanged from 2006. Sure, some years get a different paint scheme or slightly updated brake calipers, but besides that nothing changes and when nothing changes, there really isn’t a story.

So it must be the bike manufacturers’ fault for not updating these bikes right? Nope, you don’t want them. John Smith just watched Biker Boyz and wandered into his local motorcycle shop and has two options, the $10k-12k 600cc super sport or the $14k-18k 1000cc super sport. The conversations are all talking about 190hp vs 186hp and all of these crazy electronic dewdads and the forum he was on said he might grow out of that girly little 600 and of course he signs up for a slightly higher monthly payment and the stats he can brag to his buddies about. With so many people choosing to buy liter bikes they can’t hope to actually put to full use, it’s no wonder motorcycle manufacturers have adjusted their efforts. It’s not as if a 600 costs any less to develop or manufacture than that 1,000, either.

Just this week I’ve been asked about the bike twice and gotten the remark, “Oh, you only have the 600.” ONLY?! This thing is way more than I will ever be able to use and, even if that time comes, I don’t see how it could ever not be enough. Find a model in a muted color, throw on some higher bars and maybe lower the pegs a tad and you have the perfect machine for going fast. On the road. Right now Jamie Robinson is looking like the smartest guy on the planet and if you’re in the market for something in this genre, you’d be wise to join him.