We'd heard about Alpinestars street airbag system unveiling at its last product launch, but it wasn't officially announced until last week's EICMA show. The new Tech-Air Street Airbag System was developed for street riding and could possibly be a major step in motorcycle safety. 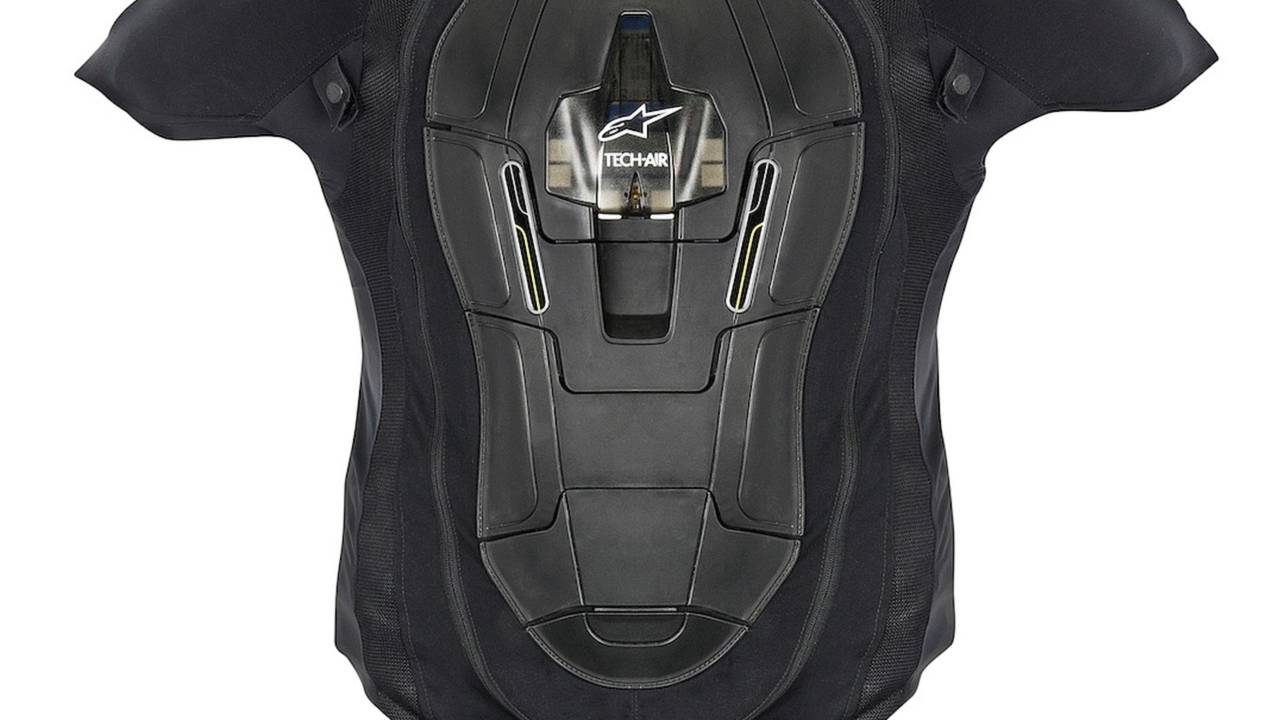 Traditionally, airbag systems have been reserved for the track enthusiasts and are often considered a luxury feature because they're so dang expensive. The Tech-Air system is a self-contained under-garment device that employees an airbag that covers the rider's neck and back in the event of a harsh crash. If the system senses a hard deceleration and impact along with other factors, it deploys. According to Alpinestars, last year's race season saw over 200 deployments, none of which were misfires. The system is known for being precise and accurate, only deploying when it should.

Now, riders can benefit from the full protection of airbags without having to commute in a full track suit or remembering to connect a tether to your bike. In the event of a crash, the airbags will inflate to cover the back, shoulders, kidneys, chest and upper abdomen.

Also featured within the unit are built-in electronic sensors bypassing the need for the rider to adjust any settings. Of course, with electronics, there are batteries. The system has a battery life of 25 hours and it can be recharged within 6 hours using a Micro USB charger for convenience. If you can remember to charge your cell phone, surely you can remember to charge this. And yes, this will work in the rain and is certified to function between -10⁰C and +50⁰C (14⁰F and 122⁰F). 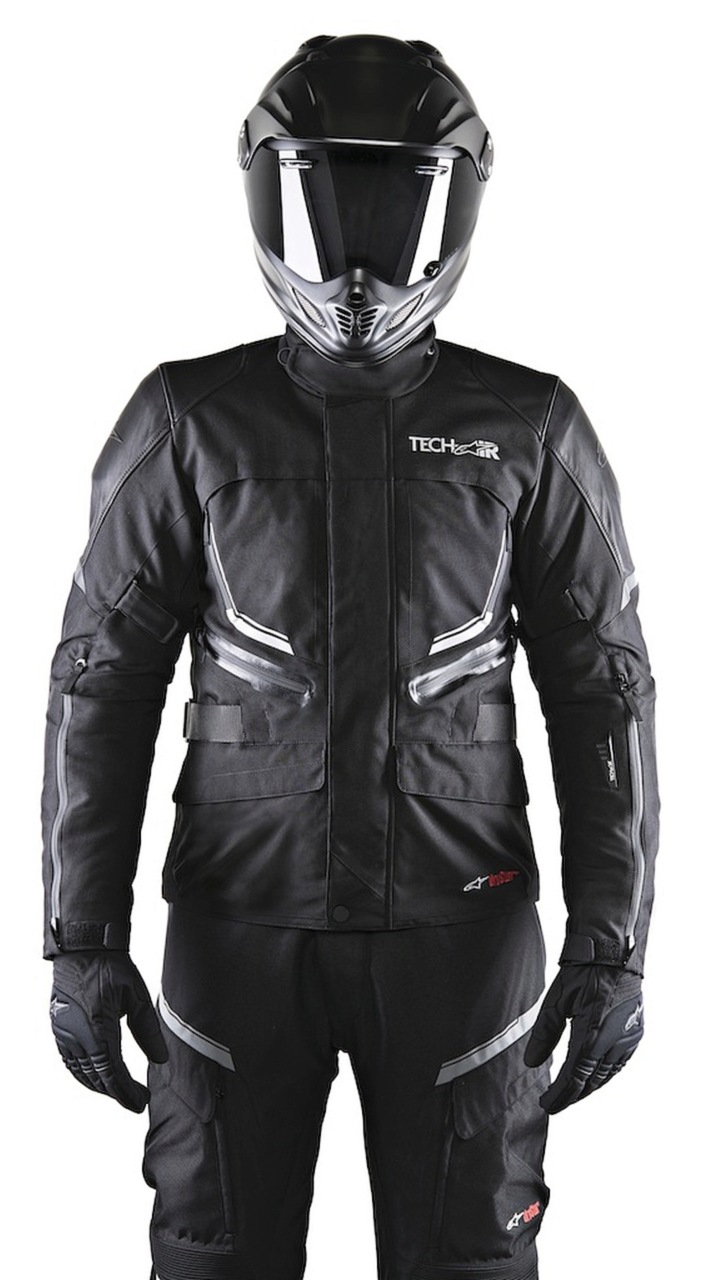 Alpinestars will also release the Valparaiso (above, all-weather) and Viper (below, spring/summer) jackets for use with the Tech-Air system. These jackets will have the features, fit and quality you’ve come to expect from Alpinestars. However, the two most redeeming qualities will be the integration with the system supporting an LED panel (to indicate the airbag unit is functioning) and sensors in the zipper to automatically arm the airbag when the jackets are closed. Unfortunately, no word yet on how this will function with 3rd party jackets but we’ll keep you updated.

This is a major step in safety for you and I, but of course it comes as a price, as any new technology does. No official prices for the jacket or the street system. So, even if you can't afford this now, be happy that this is a sign of progression and hopefully one day soon, this will become a standard amongst riders, rather than a crazy-expensive luxury. 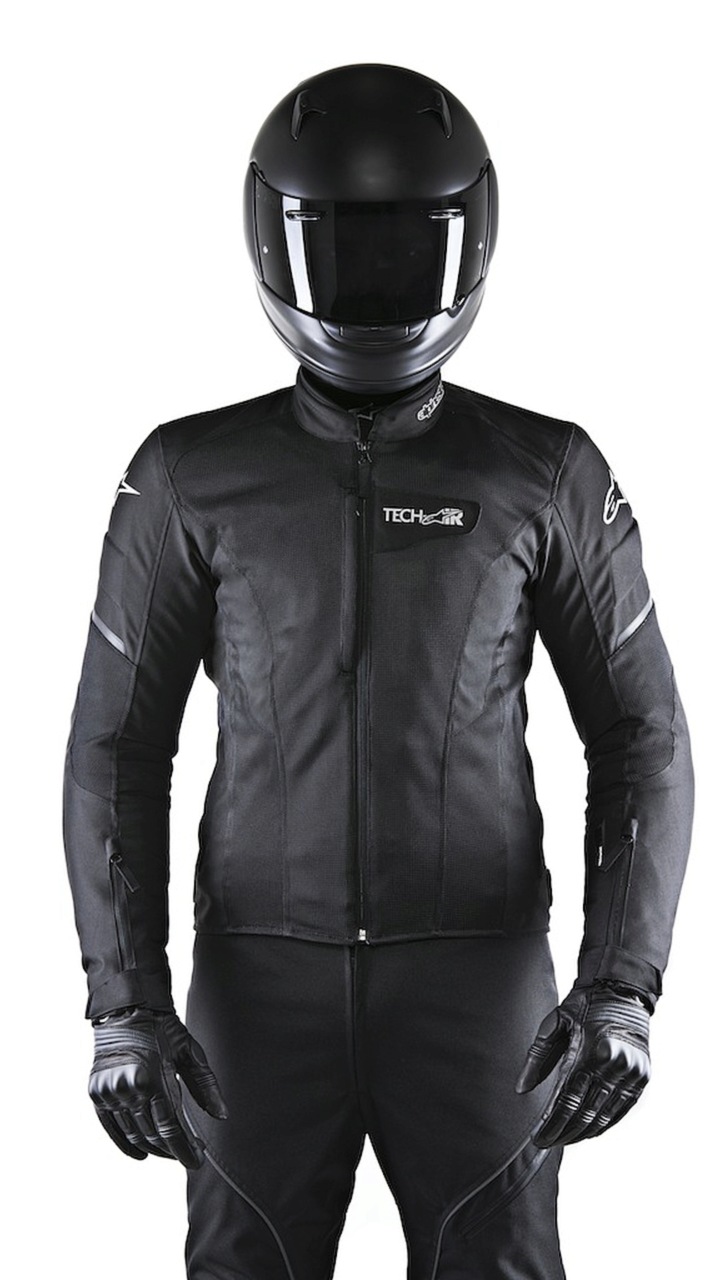 Would you say this is the answer to every commuter’s prayers?

By: Titus Coleman
++
++
Got a tip for us? Email: tips@rideapart.com