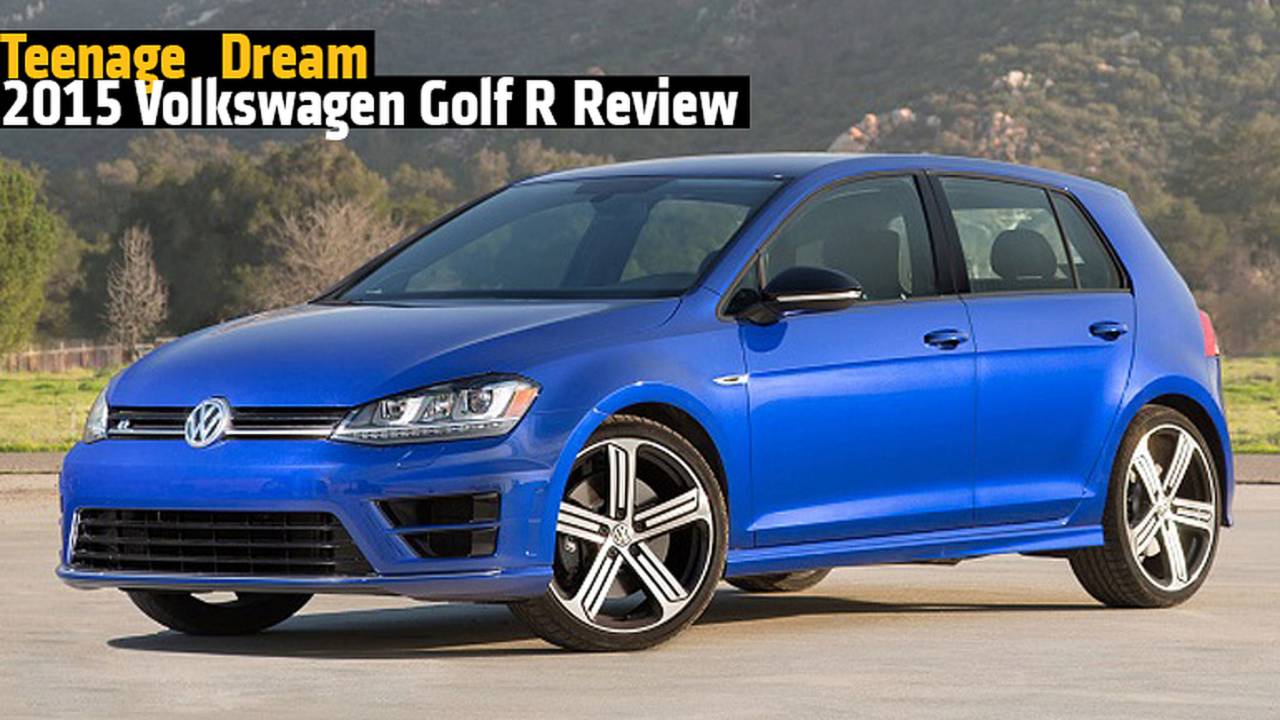 Learn more about why the 2015 Volkswagen Golf R is a sport performer and also a comfortable drive.

For my 16 year-old self, the 2015 Volkswagen Golf R would have been an automotive wet dream. My first car was a 1983 Volkswagen Rabbit GTI—a slightly diluted version of the legendary Mark 1 Golf GTI that defined the hot hatch market in the 70s and 80s. The US GTI pumped out just 90 horsepower through its front wheels (versus 115 for the Euro car), and all-wheel drive hatchbacks with 300 horsepower were Group B Rally Homologation Special territory back then. So yes, this Golf R is already ticking boxes for me. Expectations are also sky high due to the fact that Hans Stuck, who raced for Audi in the DTM championship, helped with the car’s development.

The 2015 VW Golf R is the fourth US iteration of top dog all-wheel-drive Golfs, which first started with the Mark 4 V6 R32 in 2004. The previous Mark 6 version ditched the 32 valve V6 for a pumped up turbo 4, and that configuration is carried over for this latest Mark 7 version—albeit with a completely new motor. The Mark 6 Golf R sold a healthy 5500 units in the US and pre-orders for the Mark 7, which goes on sale this month, are already very strong.

Based on the VW group’s excellent new MQB platform that also underpins various Audi models, the Golf R is a bit larger yet slightly lighter than the outgoing model. The all new 2.0 liter TSI engine delivers an increased 36 horsepower (totaling 292), and a boost in torque from 243 lb-ft to 280—all channeled through a Haldex based 4MOTION all-wheel-drive system. An added bonus is an increase of three mpg on the highway, while also knocking out zero to sixty in less than five seconds. This is the fastest production Golf ever.

Sitting behind the fat rimmed leather steering wheel, the driver is treated to a beautifully designed dash and leather interior, high quality plastics, and piano black surfaces. R specific trim adorns the seats and dash. The dated UI design on the touch screen radio/navigation system doesn’t quite live up to the rest of the interior and dash, but it's fairly easy to get around. Accessing and setting up drive modes (Normal, Sport and Race) for suspension, steering and power is fairly straightforward. The Golf R is available in two equipment levels: $36K and change gets you a pretty nice list of standard equipment including leather heated seats, driving mode selection, LED daytime running lights, 18-inch alloy wheels and auto climate control. Pay $39k and you add navigation, premium audio, 19 inch alloys, park distance control and DCC adaptive damping system. The DCC damping is worth the price of entry alone as the standard suspension set up is a little too harsh for the San Diego surface streets and freeways we drove

READ MORE: Why You Should Take Notice to Kia's Luxury Sleeper - The K900 Sedan | RideApart

We put the Golf R through its paces on some of California’s best drivers’ roads between the Mexican border and the Cleveland National Forest just east of San Diego. As luck would have it, we encountered a rare rainy day, but that actually gave us a better appreciation of how well sorted the Golf R is. Hoofing along roads that could be used as rally stages with tight turns and blind crests, the Golf R just gripped and gripped with—as Herr Stuck had proudly proclaimed in the product briefing—absolutely no understeer. Steering weight and feel was best in Sport mode with precision turn in and plenty of feedback. The same mode also worked best for the DSG transmission, which would run all the way to redline and constantly kept us in the the right gear with almost supernatural precision.The combination of stellar grip and constantly changing gears made for an almost video game like experience—in a good way though. The six speed manual version we sampled, which is coming later this year, does give the driver more connection to the experience, but the paddle shift DSG lets the driver concentrate on braking points and turn in. There’s a reason race cars use paddle shifters…

Upgraded (over the GTI) brakes are initially slightly grabby, but once we got dialed into them, it made scrubbing off the almost triple digit speed we were hitting in some places light work. The 2.0 liter TSI punches hard from low and into the mid range, but unlike many turbo fours, it doesn’t mind being wound out too. And we definitely enjoyed the gruff purposeful exhaust note with the requisite blips on downshift.

We switched to commuter mode as we traversed San Diego’s freeway system back to launch base, and with the DCC and drive select modes set to normal, the Golf R goes from tarmac rally weapon to luxury sport compact—that's the Golf R’s party trick. With the ability to move as fast and grip as hard as a high dollar sports car, while also comfortably seat five for a school run, the R is a compelling mix of practical and fun.

The Golf R has some interesting competition in its price bracket, including the more powerful Mercedes CLA45 AMG, Subaru’s more focused Impreza STI and the rear wheel drive BMW M235i. Plus, there is the incoming Ford Focus RS to consider too. However, our thought is that the R’s biggest competition comes from within--the absolutely superb Golf GTI that can be driven out the door for a good $10,000 less and who’s real world performance isn’t arguably twenty five percent less than that of the R. With that being said, VW will deservedly have no problem shifting another five thousand units.

My sixteen year old self would have definitely wanted one.