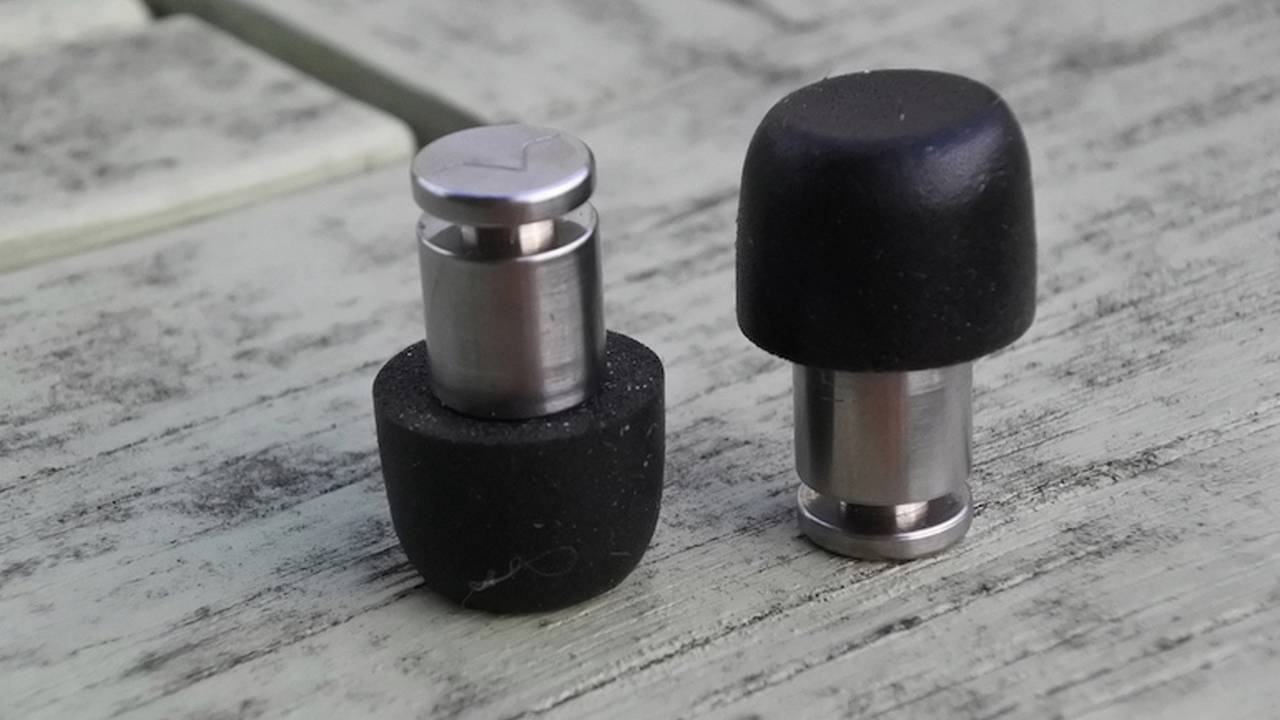 Flare Audio Isolate Earplugs - Gear ReviewEveryone’s got their little infatuations in life. Mine happens to be earplugs. I hear ya laughing, but rest...

Everyone’s got their little infatuations in life. Mine happens to be earplugs. I hear ya laughing, but rest assured it’s not some kind of underground ear fetish, but a by-product of an overwhelming desire to protect my ears when I ride.

Yes I know, stop with the silly obsessing and just get yourself some simple throwaway foam ones, such as the likes of the Howard Leight Max plug. I’ve tried them, and sure, while these bad boys boast a rather plentiful -33DB of noise reduction (one of the highest rated around), I’ve found they’re only really suitable for short distances; on longer journeys the wind noise inside your helmet is like standing in the eye of a hurricane.

Here One are noise-canceling wire-free earbuds that pair with your smartphone. Using a companion app, you can completely control what you hear. So, if you’re in a nightclub and you want to have a passable conversation with someone, you can tune your hearing to suit. Conversely, if that person is painfully dull you can tune out unwanted external noise and just pretend to listen, nodding your head every now and again for effect.

But unless you’ve got $300 to burn, and the patience of a saint — Here One are pre-order only at the moment, and being a fruition of a Kickstarter campaign, they may not even happen — you’re probably, like me, looking for an easier option. That’s where the Flare Audio Isolate earplugs step in, looking, might I say, rather suave. And built to last: aluminum for the standard Isolate, and titanium for the Isolate Pro.

These plugs eschew the connected frills of the Here One and their noise-canceling electronics; on paper they don’t even sound as hi-tech as the Auritech Biker earplugs, what with their ceramic filter. Instead they rely on good old sound isolation principles.

Unlike a traditional foam earplug, which can only absorb so much sound and which struggle to attenuate the lower frequencies, the Isolate uses a combination of solid metal and foam to completely, for want of a better word, isolate you from the sound. I’ll let the company founder, Davies Roberts, do the talking: "When you isolate a dense material in soft foam inside your ear, sound waves can't penetrate from the flexible medium of air and it becomes the perfect isolator.”

So, instead of hearing noise as you would in the conventional way, with the Isolate you hear only using bone conduction. Sounds a bit odd, but in practice it’s incredibly effective.

The first time you place the Isolate buds into your ear, your initial worry is that you’ll end up pushing them so far you’ll have to make a mildly embarrassing trip to the ER. But they go in easily, naturally reaching a point where they won’t travel any further, and the groove round the end of the metal means you can quickly pull them out from their hiding place. The choice of three differently sized memory foam buds means you can get a fit that suits you. Apparently I’ve got massive ears.

Once you’ve secured them in your ear canal, you’ll be transported to a world of total silence. No really; it’s astonishing just how much sound these things block. There’s almost a calming, meditative effect that kicks in.

Or perhaps I really did just push them in so far that they were pressing against my brain and affecting my ability to think clearly...

Not being able to hear is an odd sensation at first, but the bone conduction effect quickly becomes second nature, sounds entering your head in a new and profound way. Thankfully, unlike with some earplugs, when you squeeze your helmet onto your head they aren’t affected by the movement – the secure fit putting up a fight to succumb to a break in the air pressure.

On the bike the result is immediately obvious: these things totally rock. Where previously the wind would attack and instantly start to fatigue you at speeds above 50mph, the Isolate just make you feel as if you’re sheltered from the elements entirely. Sure, you still hear some wind (though technically, you’re not actually ‘hearing’ it conventionally, so there’s no potential for hearing damage), but it’s like someone has turned the dial down on the bluster and made the experience almost peaceful.

So, yes - Isolate works, it really does. While all frequencies will feel just like a background noise, you can still hear the things you’re meant to. Case in point: I ride in a busy city and can easily hear sirens with these in, even when the sirens are a mile away; all the noises you need to hear are there.

But, there’s a flip side to the coin of this noise cancelling bliss: if, like me, your bike (a Multistrada 1100S with a Termi full race system, for reference) sounds ‘just right’ – not too loud, not too quiet – with lesser earplugs, the Isolate plugs will mean it now sounds just a wee bit quiet. At least at casual speeds; on the freeway I can actually hear the engine better than I could before.

Those with very noisy pipes will especially love these earplugs, because you’ll still get that loud howl, but it won’t be an eardrum-crushing din any longer, so you’ll be able to enjoy your motor even more, and for longer stretches at a time.

They’re comfy, easy to get on and off, they work emphatically well when it comes to the main task at hand, they aren’t that expensive, and — rather handily — they look kind of cool, too. If you’re anything like me and suffer from an earplug obsession, you can rest assured that these will cure you for life.

Do I recommend these earplugs? For the sake of $62 for the titanium plugs, or about half that for the aluminium versions (which, according to Flare Audio, aren’t quite as potent at suppressing noise), I think it's worth it to get a pair, especially if you’re doing a lot of freeway miles.

The pre-order on Kickstarter has already ended, but for a month you’ll be able to pick them up on Indiegogo (delivered in October), after which they’ll go up to the regular price, purchasable through Amazon.