The brand claims a 200-km range and three-hour recharge intervals.

India’s 2023 Auto Expo wrapped up on January, 18, 2023. The trade show concluded on a high note, though, when Jodhpur-based EV startup Devot Motors unveiled its first electric motorcycle prototype. The production-ready concept may turn heads with its neo-retro bodywork but the firm doesn’t forget about the model’s practicality in the process.

Devot Motors employs a 9.5 kW (12.7-horsepower) motor to power the electric runabout. That pokey powerplant results in a 120-km/h (75-mph) top speed. Yet, Devot claims the e-roadster can reach up to 200 kilometers (124 miles) on a single charge. The brand’s Smart Battery Management System and the Lithium LFP power pack’s thermal control aid that longevity, but Devot reassures customers that charging intervals aren’t too punishing either.

Devot plans to offer type 2 charging on the production model, which helps drive recharge times down to three hours. To round out the tech suite, Devot will equip the e-motorbike with a TFT dash and keyless start (with security). 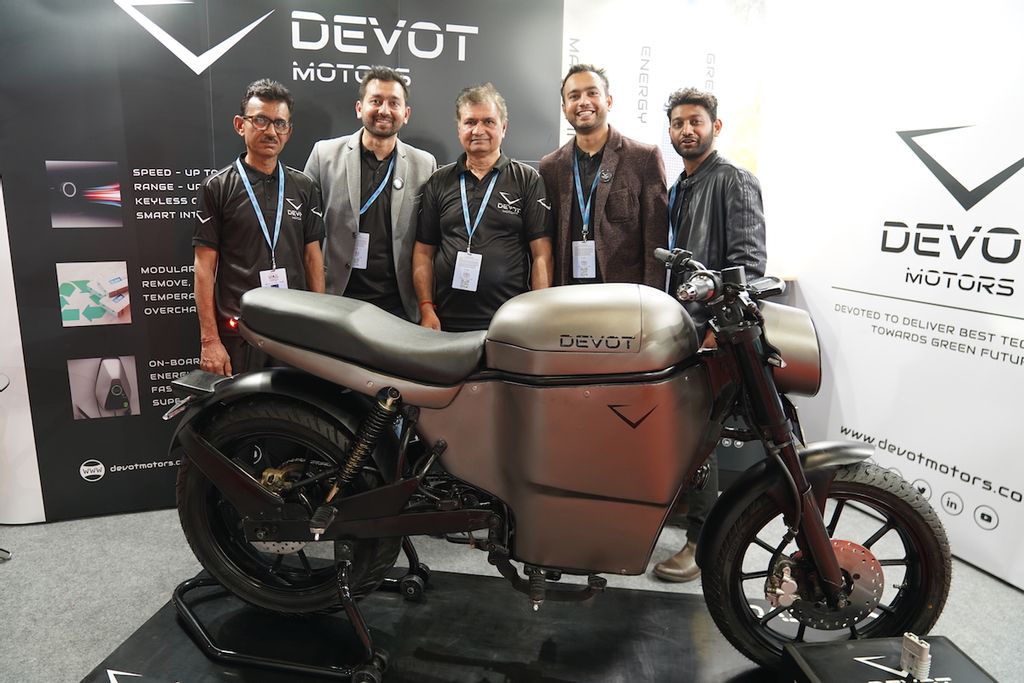 “With its state-of-the-art technology and striking configuration, we truly believe that the Devot motorcycle has the ability to modernize the electric bike segment,” stated Devot Motors Founder and CEO Varun Deo Panwar. “The response we received to date is overwhelming and we can’t wait for the official launch. Moreover, I’d like to thank Auto Expo management for providing us with a platform to showcase our product portfolio and raise awareness about EV penetration.”

Devot designed the platform with its R&D center in the United Kingdom and its development center in Rajasthan. However, the firm hopes to manufacture 70-90 percent of the model in India to cut down on production costs. The new model is scheduled to arrive by mid-2023. Auto Expo 2023 may be over, but it looks like things are just ramping up for the Jodhpur-based EV startup.