Russia’s Vsevolod Brylyako is the first rider to lose his racing license.

Ever since Russian forces invaded Ukraine on February 24, 2022, the international fallout has been swift and far-reaching. From heavy sanctions imposed by national governments to private firms such as Nike, Apple, and Google suspending operations in Russia, the conflict has levied massive economic penalties on the country.

The consequences even extend to the arena of sport, with the International Olympic Committee (IOC) calling for the ban of Russian and Belarusian athletes and officials on February 28, 2022. As the invasion approaches the end of its second week, more and more organizations are cutting ties with the Russian Federation, including the FIM Motocross World Championship (MXGP). 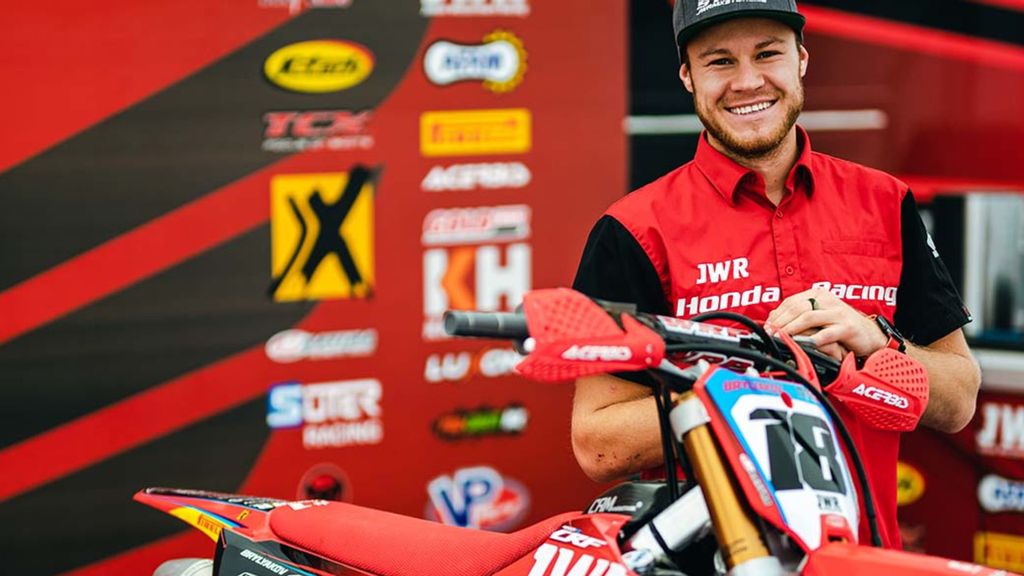 As a result of the IOC decision, Russian and Belarusian riders and team are also restricted from participating in international two-wheeled competitions. Unfortunately for Russian rider Vsevolod Brylyako, that news didn’t come until midway through the 2022 MXGP opener in Italy’s Lombardy region.

Following the weekend’s qualifying race on March 5, 2022, in which Brylyako secured a nineteenth-place start for the Mantua GP, FIM officials informed the Honda JWR rider that he won’t be able to continue in the race series until further notice.

The license suspensions will extend to the Russian Motorcycle Federation (RMF) as well as the Belarusian Federation of Motorcycle Sports (BFMS). All RMF and BFMS officials, experts, members, and agents currently working within FIM Commissions will also be indefinitely suspended.

Additionally, FIM is canceling all international competitions, World Championships, and award ceremonies scheduled to be held in Russia, Belarus, and Ukraine. FIM will also remove any seminars, committee gatherings, and training sessions held in the three countries from the 2022 calendar.

The organizing body will continue implementing these restrictions as long as the invasion continues. Of course, should Russian forces deescalate the situation, FIM will then reconsider lifting the ban, but with the conflict nearing the end of its second week and negotiations trudging on, it may be a while before we see Russian or Belarusian competitors on the Grand Prix grid.

Give Peace A Chance:

UPDATE: MV Agusta CEO Says No To War, Says It Should Never Have Happened
FIM Announces Three 2022 Race Cancellations Due To War In Ukraine