The 2021 Moto2 season was a challenging campaign for the MV Agusta Forward Racing team. Rider Simone Corsi missed two rounds due to injury and finished the season in 24th place. Teammate Lorenzo Baldassari had an even tougher time though, sitting out several races and finishing the year 31st in the standings.

With the 2021 season behind them, the MV Agusta squad is looking for a fresh start in 2022. So, when the Forward Racing team unveiled its race machine for the new season, it was no surprise to see a design refresh. In previous seasons, the Swiss team donned a modern take on MV Agusta’s signature Grand Prix red/silver livery. This time around, the squad will celebrate the OEM’s heritage with an Italian flag-inspired color scheme. 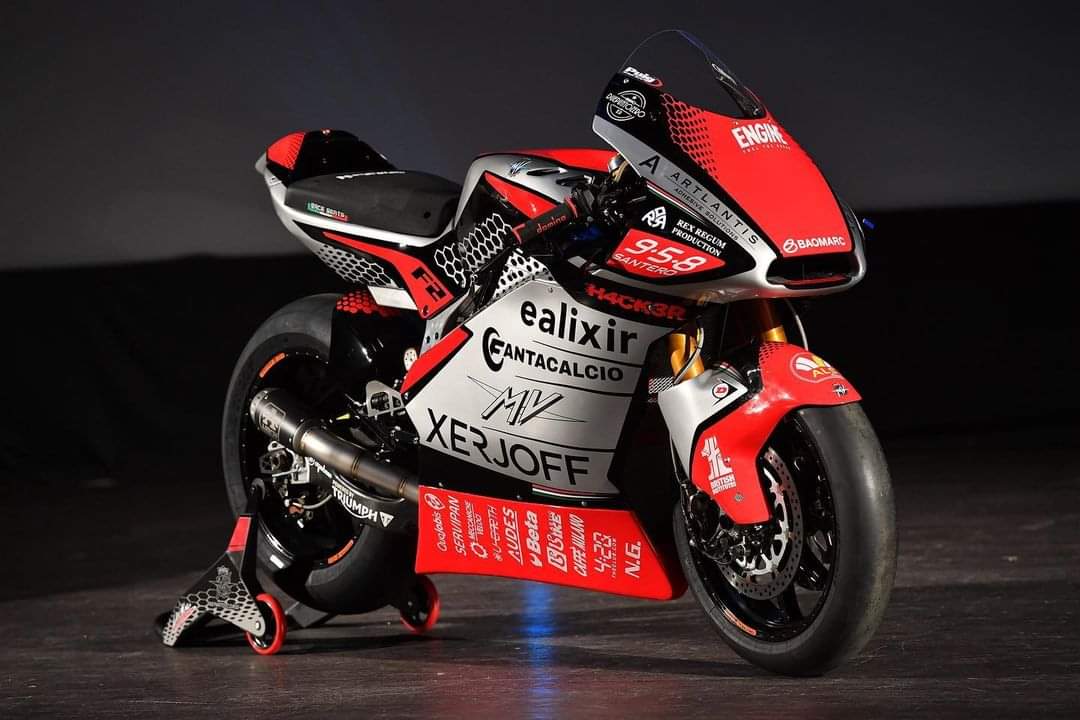 Under the bodywork, however, the new F2 prototype will still house the Moto2 class-exclusive Triumph 765cc inline-triple engine. Of course, the MV will roll on the same Dunlop tires as the rest of its competitors, but Forward Racing remains one of the only non-Kalex supported teams. While the team struggled with results in 2021, it hopes the MV Agusta-constructed chassis will help gain better results in 2022.

Aside from the bike’s new look, the rider lineup also changes for the new season. Unsurprisingly, 21-year Grand Prix veteran Simone Corsi retains his seat in 2021, but Marcos Ramirez steps into the team after a two-year stint with the Moto2 American Racing team. While Corsi brings a wealth of experience, the Spanish rider offers youth and hunger.

“We are delighted to start a new season with Simone and we are very proud to welcome Marcos to our team, who I am sure will be able to give us great satisfaction,” claimed Forward Racing team owner Giovanni Cuzari. “Again this year we will do our best and work hard to achieve our goals. I believe in our project, which, although ambitious and complex, is driven by our deep passion. For this, I would like to thank MV Agusta Motor Spa in the person of Timur Sardarov for the renewed confidence.”