Black, white, and rode all over.

BMW’s R 18 has defined the brand’s motorcycling heritage with its double-loop frame, classic aesthetics, and big-bore boxer. However, some enthusiasts prefer the genuine article as opposed to the modern-day interpretation. For those folks, Bring A Trailer presents a restored 1966 BMW R60/2, but the Beemer doesn’t come alone.

Fitted to the R60/2, a 1953 Steib LS200 sidecar touts the same gloss black paint job and white pinstripes made famous by the Bavarians. On the other hand, the quirky sidecar adds its own style to the mix with red upholstery, dovetail fenders, aluminum trim, and exterior lighting. The sidecar has been fitted to the Beemer since 2001, but the cosmetic updates make the pair look like a natural match.

While the owners also repainted the aging R60/2, the extensive restoration process finished in 2015. After replacing the bearing and stainless-steel hardware, the team also converted the Beemer to a 12-volt electrical system equipped with a 200-watt alternator. Shift point markers have been integrated into the 120-mph VDO speedometer for a low-tech solution while a Formotion clock and thermometer have been fixed to the triple clamp. While the total mileage is unknown, the current owner reports clocking 4,000 miles of the nearly 36,000 shown on the odometer.

An Earles fork and dual preload-adjustable shocks suspend the double-loop frame and 18-inch wire-spoke wheels come wrapped in IRC GS-11 tires. A set of 200mm drum brakes complete the chassis. The R60/2 may have boasted a 594cc, overhead-valve, opposed-twin from the Munich factory, but the owners bored out the mill to a 603cc capacity for extra power. The Boxer not only sports a new machined crankshaft, deep oil pan, lever-top carburetors, and chrome exhaust system but also benefits from new bearings and seals. A four-speed transmission transfers that power to the back wheel.

The owner will include a tool roll, instruction manual, and spare parts with the sale. With only six days remaining in the auction, the 1966 BMW R60/2 and Steib LS200 Sidecar are currently commanding $8,600. That’s a reasonable price for a pristinely restored Beemer and sidecar and it’s a whole lot less than a new BMW R 18. 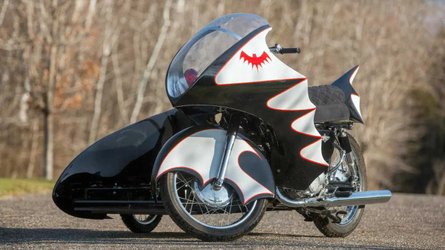 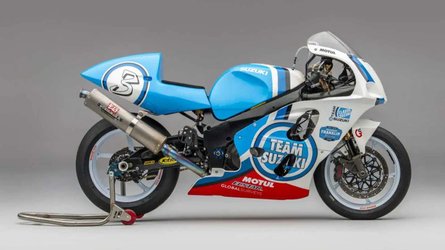