Is This Folding Electric Concept Bike A 21st Century Motocompo?

The ICOMA Tatamel Bike wants to be your last-mile companion.

Was Honda way ahead of its time with the Motocompo? There’s a pretty solid case to be made for why that late-1900s form factor makes an awful lot of sense here in 2021. A simple look around at our modern landscape filled with last-mile mobility solutions that can easily stow away under a desk or in other small spaces is pretty convincing. I don’t know about you, but I’d definitely rather ride something like a Motocompo than an e-scooter if given the choice.

While Honda got all our hopes up in 2020 by trademarking the name “Motocompacto,” so far, we still haven’t seen any evidence that the House of Soichiro is actively pursuing a modern, updated version. Still, there’s no doubt that the Motocompo has inspired plenty of people, even though it was a short-lived product. Take Japanese startup ICOMA, which just introduced its extremely charming Tatamel Bike concept.

Weight specifications aren’t available just yet, and we’d guess that’s because this is currently a concept that’s still in development. In fact, there’s a note nestled in at the bottom of the specifications list that says that all spec figures may differ from actual specifications because it’s still in the development process. Whether the finished version will come in at a comparable weight to the original Motocompo is yet to be determined.

As you’d probably guess looking at Tatamel Bike, it’s not meant to go very fast. Top speed is estimated to be equal to or less than 40 km/h, or 24.8 mph. Since the original Motocompo maxed out at around 30 mph, that seems pretty well in line.

Tatamel Bike’s battery is a lithium iron phosphate unit with a 12Ah capacity, and estimated range will come in at less than or equal to 50 km (or 31 miles). Since it’s so tiny and easy to park anywhere, though, the implication is that you can simply plug it in to charge like you already probably do with your laptop, phone, and other everyday electronic devices.

Like other last-mile devices, besides the aesthetics, the draw is clearly that it doesn’t require a special license to operate. ICOMA also envisions customers easily being able to customize the look of their individual Tatamel bikes to suit their tastes. While you can’t buy one just yet, there is currently a garage kit 1/12-scale model available for 6600 yen, or about $58. A tiny Tatamel bike for on top of your desk, and hopefully a full-sized one in the not-too-distant future for under your desk. What do you think? 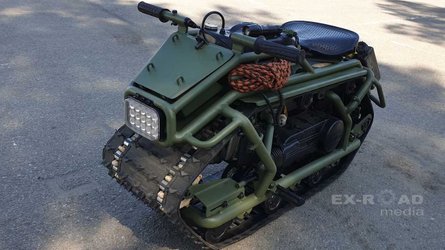 Meet Hamyak, A Custom Moto-Tank Creation That Fits In Your Car
⠀ 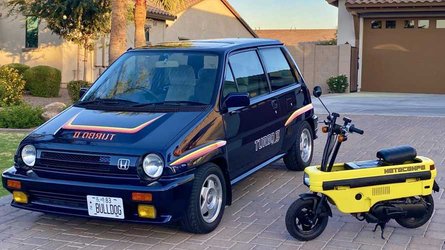