Plus a plug-and-play kit for FTR owners.

When Indian Motorcycle introduced the FTR 1200 in October, 2018, the model nearly defied classification. With a liquid-cooled V-twin, flat track-inspired styling, naked bike ergonomics, and modular body panels, the FTR carved out its own niche in the market. Since then, the brand has evolved the FTR into a proper roadster, but the model’s easily removable plastic bodywork still remains.

That quality lends to customization, and Munich-based custom shop Motoism took advantage of its latest FTR 1200 build. Taking cues from Indian’s FTR750 race machine, the Motoism tail unit draws the roadster closer to its flat track roots while remaining road legal. The downsized LED taillight is nearly invisible when not in use but ultra-bright when the user hits the brakes. The plug-and-play unit is also lacquer finished to integrating seamlessly into the FTR’s stock bodywork.

Of course, the brand also hit the naked bike with a stealthy matte black paint job, an all-black S&S Cycle exhaust system, and Wunderkind license plate hanger for instant street cred, but Motoism actually offers the tail unit as an aftermarket part. Retailing for €299.90 (≈ $350 USD), the minimalist tail end instantly transforms the FTR’s silhouette. If you’re looking for a more practical addition, Motoism has you covered as well.

Spring front indicators and mini rear turn signals may be a subtle mod, but they’re a marked improvement over the stock equipment. Both front and rear blinkers share a plastic construction with carbon fiber reinforcements and effortlessly blend into the FTR’s headlight cowl and tail unit.

Each set carries a €69.95 (≈ $80 USD) price tag and comes in standard indicator or three-in-one configurations. Similar to the Motoism tail unit, the turn signals are also easy to install using the FTR’s existing connectors. Yes, the Indian FTR may be forging a new identity in 2021, but that doesn’t mean that it’s losing its customization roots behind. 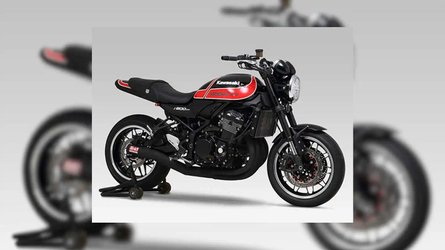 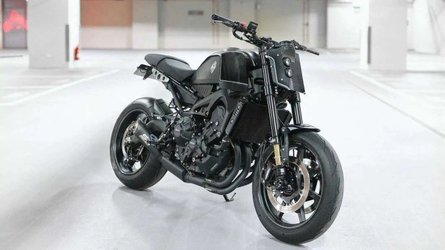