Certification from Guinness is pending.

For now, the world record for the fastest elbow drag is still held by Josh Herin. We covered Herin’s run back in February of this year with a logged speed of 162.4 kilometers per hour or 100.91 miles per hour.

According to the Guinness Book of Records, it is required that the attempting rider must drag an elbow on the asphalt for exactly 30 meters, or about 98 feet, for the record to count. Herin previously logged the record using his Yamaha R6, but the guys over at Motorrad went the extra mile and brought a Honda CBR 1000 RR-R Fireblade SP, fitted it with racing slicks, and pulled out on the Slovakiaring, then attempted the record on the track’s second turn. The rider on the Fireblade was one of the editors of the publication, Fabian Dresler. 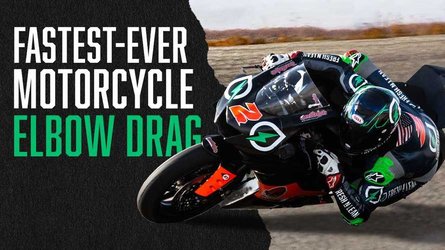 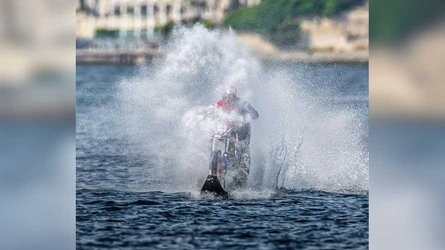 It would have been enough to reach that speed and call it a day, but according to Motorrad, the Honda fired up once again, as as the saying goes: “third time’s the charm.” After the last run, a new record was set at 168.65 kilometers per hour (104.79 miles per hour).

Even with the record-setting run, however, the team still has to verify the result with the Guinness Book of World records and their editorial team. Photos, videos, witness reports, equipment telemetry and descriptions, the works. All pertaining data must be submitted for verification, and the Motorrad team is eagerly waiting for final confirmation.

Again, it seems that Josh Herin’s record will stand until Guinness can certify that the attempt was legitimate. Regardless of whether it’s official or not, it’s still an impressive feat. Now I wonder if anyone in the RideApart team will be willing to try and clinch this record away from the other publications across the pond.