Expected at Ducati dealerships by October, 2021.

After receiving a warm reception from WSBK and Ducati fans alike, the special-edition V2 will now go into production. Of course, the Bayliss Pani will boast the same liquid-cooled, 955cc, Desmodromic L-twin found in the standard model, but Ducati sweetens the deals with some up-spec goodies. 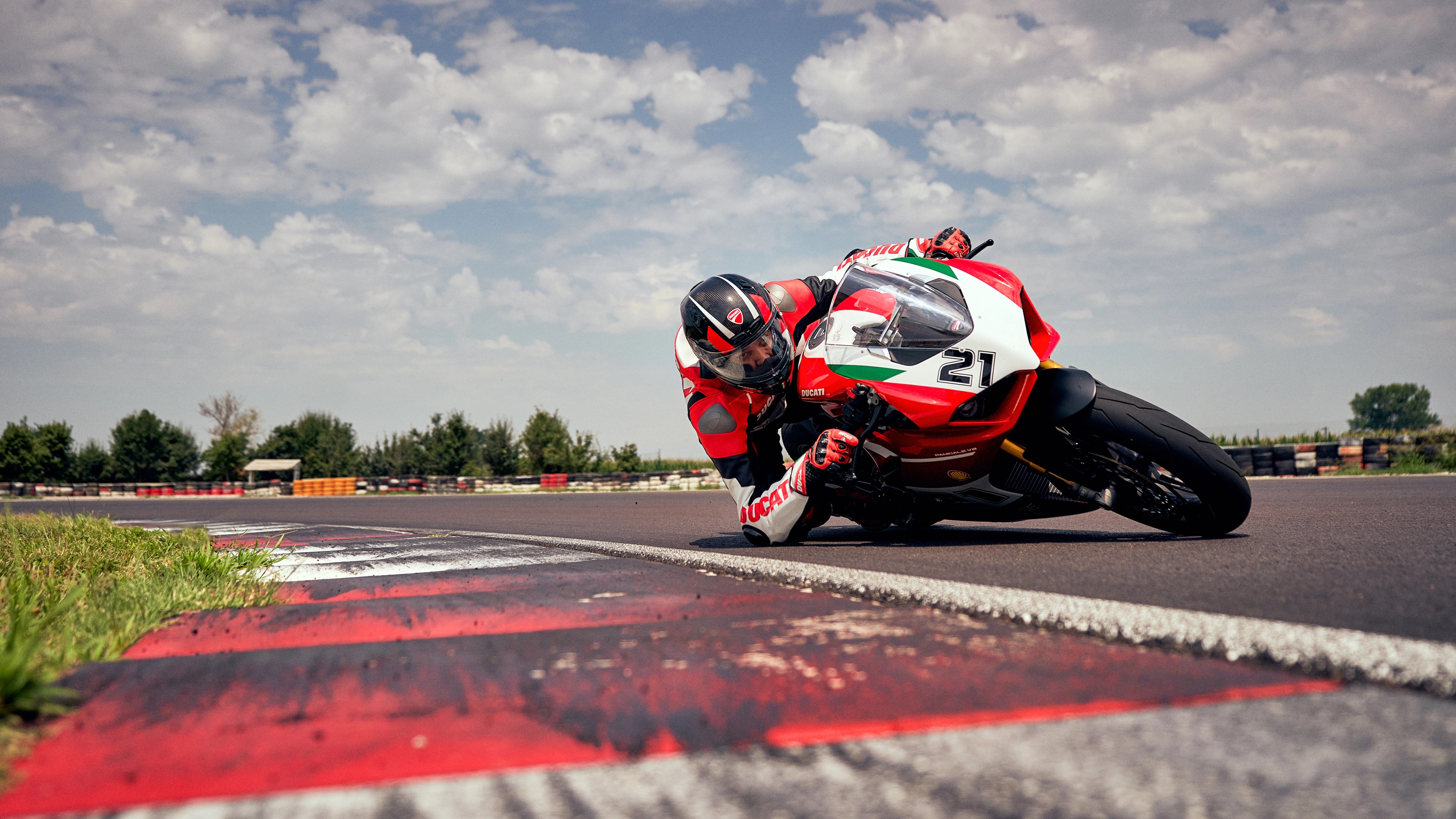 Instead of the fully adjustable, 43mm Showa BPF fork and Sachs monoshock featured on the base trim, the Bayliss 1st Championship 20th Anniversary will flaunt an Ohlins NX30 front fork and TTX36 rear shock absorber. To fully calibrate the Panigale’s handling, an adjustable steering damper helps riders find the perfect balance between agility and stability.

In addition to the track-worthy suspension, Ducati also trims 6.6 pounds from the supersport by ditching the passenger pegs and seat while also adopting a new lithium-ion battery. Of course, it isn’t a special edition if Ducati doesn’t lavish it with a lovely livery, and the 20th anniversary exceeds expectations. Harking back to the Ducati Xerox WSBK days, the Bayliss Panigale V2 sports the brand’s signature red/white paint scheme but adds a touch of green for some Italian flare.

Ducati tops off the limited-edition sportbike with a titanium and carbon fiber exhaust cover, sport grips, and a specially embroidered saddle. A reproduction of Bayliss’ signature adorns the tank and the billet aluminum triple clamp displays the bike’s unit number. Lastly, Bayliss’ iconic number 21 decorates the front fairing and both side panels and Ducati takes that theme one step further by pricing the model at $21,000.

While production is just ramping up on the ultra-limited Panigale, fans can expect the bike in dealerships by October, 2021.

The Man, The Myth:

Ducati To Unveil Special-Edition Model In Honor Of Troy Bayliss