If it ain’t broke, break it.

Motorcycle manufacturers and gear suppliers have developed countless safety devices in recent years. From traction control and cornering ABS to airbag vests and MIPS-equipped helmets, brands continue to push for safer gadgets and gear. Aside from Honda’s airbag system found on the Gold Wing, most OEMs forego additional onboard crash devices.

Most recently, a Honda patent revealed that the brand has been refining its system with curtain-style airbags while Italdesign developed a new seatbelt system for motorcycles and scooters. Now, a new patent filed by Swedish automotive airbag company Autoliv illustrates a set of breakaway handlebars to mitigate rider injury during a crash. 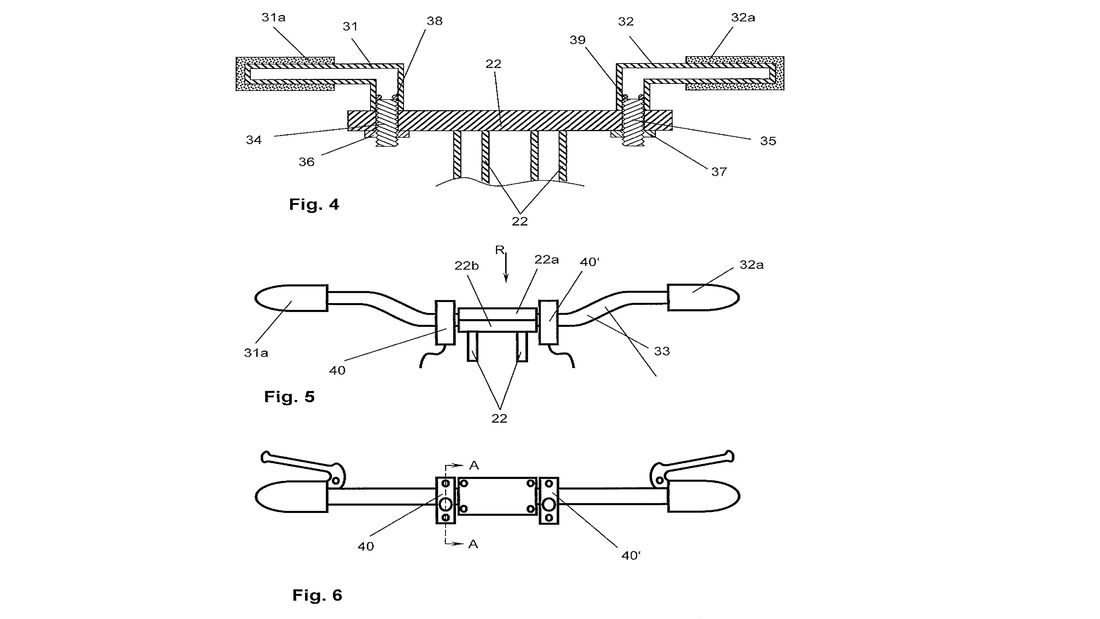 In most head-on collisions, motorcyclists are flung over the front end of the vehicle. Should the rider strike high-mounted handlebars during a dismount, they could incur serious injuries. To clear the path, Autoliv devised a system that quickly and easily sheds the handlebars as soon as the motorcycle’s electronic system detects a collision.

When equipped with Autoliv’s crash sensor, the motorcycle’s ECU will be able to determine when the vehicle is involved in a crash. Meanwhile, the top clamp will host several “pyrotechnic cords that ignite and destroy the threaded bolts” holding the handlebars when the system detects a crash. This allows the handlebars to easily drop away, removing one obstacle from the rider’s trajectory.

However, Autoliv also envisions alternative means that don’t include exploding clamp bolts. The second method still includes pyrotechnic leads, but the company also throws in a cutting device for good measure. When actuated, the device “cuts a section of the cylinder wall of the handlebars which leads to a significant weakening”. According to the patent, once the rider comes in contact with the handlebar, “it is easily bent away.”

While the theory behind Autoliv’s patent holds water, we’re not sure if the pyrotechnic cords or cutting device are the best methods to achieving those goals. Of course, the Swedish company doesn’t manufacturer its own motorcycles and we have a feeling that it will take some persuasive arguments to get established OEMs on board.