BMW seems to be going all out with its electric mobility concepts lately. With the CE-04 electric scooter now well and truly a reality, the company had also recently unveiled the CE-02 urban electric scooter, which looks like an ultra-futuristic electric Grom. This time around, BMW has taken the humble bicycle, and sprinkled it with all the technological bells and whistles, so much so that it looks like something straight out of a sci-fi movie.

It's called the BMW Motorrad i Vision AMBY, an electric mountain bike on the surface, and a next-gen IOT device beneath the surface. The term AMBY is a portmanteau of the words Adaptive and Mobility—something that BMW has been investing heavily in as of late. Now, a 14-paragraph long description of the i Vision AMBY is available in BMW's official website linked below, so let me do you a favor and break down what I think are the most pertinent features of this striking electric bike.

Let's start with the bike's design. As a lifelong mountain biker, I definitely see the aesthetic BMW is going for with the i Vision AMBY. It bears the sleek and sporty lines of a cutting-edge cross-country racer. BMW states that the aesthetic styling of the i Vision AMBY is "defined by visual lightness and powerful athleticism." Speaking about power, the i Vision AMBY has quite a lot of it. So much so that it's hard to consider this vehicle as merely an e-bike.

You see, BMW has equipped the i Vision AMBY with three riding modes which effectively limit its top speed. The slowest setting permits speeds up to 15.5 miles per hour—ideal for bicycle lanes and recreational areas. The second map increases its speed to 28 miles per hour, for use in city-centers and urban streets. Lastly, the third map, which is intended for use in multi-lane roads, offers a top speed of 37 miles per hour—a lot faster than most e-bikes out there. BMW does note, however, that insurance plates and a corresponding license will be required in order to use the fastest setting.

If you thought that these riding modes were fancy, well, we've barely scratched the surface. The i Vision AMBY is also equipped with cutting-edge smart technology, with all the bike's settings controlled via a mobile application. With the app, users can load their profiles onto the bike, and select their license class, and even the insurance coverage applicable to their corresponding license. What's more is that the mobile app serves as the bike's virtual key, and can be unlocked and started via facial recognition.

Urban commuters who choose the i Vision AMBY as their futuristic weapon of choice when it comes to tackling daily traffic will also be getting quite the workout. This electric bike requires you to constantly crank away at the pedals in order to activate the electric-assist drive system. For those of you who want a fully electric experience, sans the manual labor, BMW has also launched the Vision AMBY (without the "i"), which is basically the same thing, except without the pedals.

BMW is well aware that the i Vision AMBY occupies a rather murky spot in the LEV segment. In fact, it embraces the fact that the i Vision AMBY is such a novel concept, so much so that it blurs the lines between categories of lightweight electric vehicles. Werner Haumayr, Vice President of the BMW Group Design Conception explains, “Everywhere you look, apparently established categories are being blown apart – and that’s a good thing. In the future, classifications such as ‘car’, ‘bicycle’ and ‘motorcycle’ should not determine the nature of the products we think up, develop and offer.”

Whatcha Been Up To, BMW?: 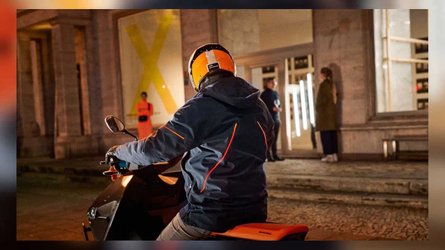 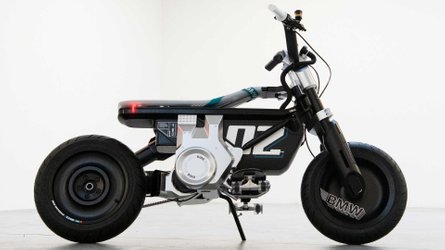