Is Royal Enfield's New Classic 350 About To Launch In September 2021?

When Royal Enfield introduced the Meteor 350 as a 2021 model, fans of the brand were excited. The Company is known and loved for the character of its single-cylinder engines, but as times change, so too must bike manufacturers. Would the Meteor 350—and its introduction of Enfield’s Tripper Navigation System—live up to expectations?

Our very own Dustin got his hands on a 2021 Meteor 350 in April and quickly found that while some things about it were pleasantly surprising, others left a little to be desired. The bike’s character and ride qualities worked well enough for their intended purpose, but the Tripper Navigation apparently waged an ongoing war with Dustin’s smartphone, and the ByBre brakes were, well, not great.

Fast-forward to August 26, 2021, which is when Royal Enfield officially announced the September 1 launch date of what we’re 99 percent sure is the updated Classic 350 on social media. As you can see in the video and this tweet, the silhouette and small glimpses we get of the soon-to-be-unveiled new bike make it all but certain, even though Enfield stops short of actually calling out the Classic 350 name.

While the Meteor 350 is more of a mini-cruiser, the Classic 350—which will use the same engine—is the standard Classic 350 that Enfield fans have long loved. Will the new Classic 350 have better brake performance? Have some of the kinks in the Tripper Navigation system been worked out in the intervening months since its introduction? Riders will soon find out.

It’s worth noting that while Royal Enfield announced the impending new bike introduction on both its Twitter and its YouTube channel, the link it posted to a landing page to input your email address for more info goes to a Royal Enfield India page. Therefore, it seems likely that the initial introduction will be for the Indian market. However, given Enfield’s recent history with international releases of its bikes, it’s safe to assume that other markets like Europe, the U.K., and the U.S. won’t have to wait too long before the new Classic 350 paddles its way to us, as well. 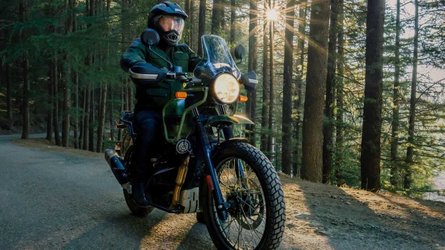 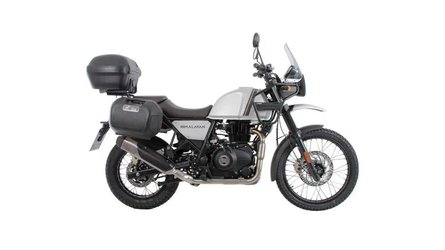