As Husqvarna does its best to stoke excitement about the upcoming release of the Norden 901, our pal Secret Squirrel brought us even more Swedish motorbike joy to anticipate. As you’re probably aware, OEMs have to think multiple steps ahead at the same time. While one arm is introducing the new hotness to the world, future models are simultaneously in development behind the scenes.

What we have here today is one such future model, believed to be due some time in 2023. We know that Husky has been working on an updated 401 platform, with plans to refresh both the Svartpilen and Vitpilen 401s, as well as likely add a couple more numbers to that class. There’s talk of a possible Norden 401, and/or a supermoto, and/or a bobber. Which choices Husky will ultimately make remain to be seen.

This early prototype shows a 401 that bears both a resemblance to the most recent Vitpilen 401 prototype the firm has been working on, as well as taking some obvious cues from the Norden design brief. The medium-height windscreen, for example, looks extremely Nordenesque. Meanwhile, the 17-inch wire-spoke wheels place it firmly in the ‘Pilen family.

Although it’s early days, the bike we’re seeing here is believed to be a model somewhere between the Svartpilen 401 and a theoretical Norden 401. Unfortunately, we don’t yet have a full grasp on what the eventual model name may end up being.

Ergonomics look to be more upright and comfortable than the previous generation Svart, with higher handlebars that don’t require super-aggressive body positioning. The tubular space frame on display will also be used on the KTM 390 Duke, as is Pierer’s platform-sharing wont. A completely new sub-400cc engine is expected, which should remain a single-cylinder producing around 44 horsepower and 37 Newton-meters (or 27.29 pound-feet) of torque.

Other expected features include a TFT dash and Bluetooth connectivity for smartphones. As it’s quite early, details are fuzzy and sparse at this time, but will certainly become clearer in the future. 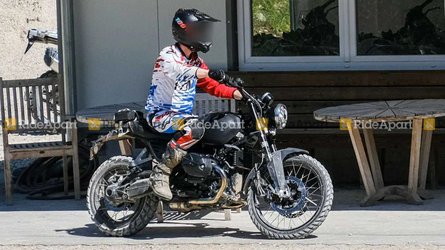 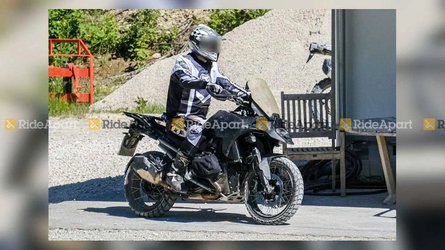 Spotted: BMW R 1300 GS Wants To Make 13 Its Luckiest Number Yet
By: Janaki Jitchotvisut
++
Got a tip for us? Email: tips@rideapart.com