Watch Husqvarna Explore Iceland On A Pair Of Norden 901 Prototypes

The suspense is building.

As we get closer to Husqvarna’s eventual full launch of the production Norden 901, the Swedish marque has been busy releasing teaser videos on its YouTube channel. It started with a design video in July, 2021, and quickly moved from there into additional development and marketing videos. They’re all small glimpses behind the curtain at how an OEM works to bring not only a new model, but also a new segment into its repertoire.

With Husky’s fourth Norden 901 teaser video, though, we’re getting to the part that many riders probably want to see most: What’s the Norden 901 like to ride? In its fourth teaser, Husqvarna sent explorer Mike Horn and multiple Dakar Rally winner Cyril Despres off on a pair of Norden 901 prototype machines. Their job: Exploring Iceland, with a film crew along to document the tale. Sounds like a pretty amazing job to have, right?

As you can plainly see for yourself in watching this video, the Icelandic landscapes are nothing short of stunning. Now, if you’ve watched other riders or even just general travel videos exploring Iceland, you’re already visually familiar with the country’s stunning natural features. Whether you’ve seen Iceland in some way before or not, this video does the magical part of making you feel the wind on your face while watching. 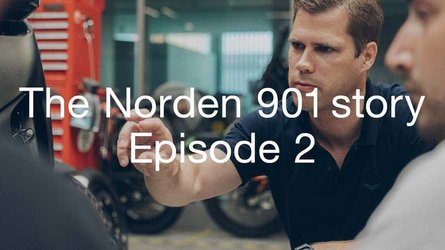 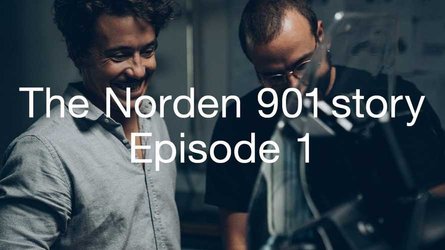 Watch Husqvarna Take Us Inside The Norden 901 Design Process

Both Despres and Horn also talk about the special magic involved in taking a ride like this with maybe just one other good riding buddy to share the adventure. Finding a good riding buddy isn’t always easy, because every rider is different. Some riders like to stay strictly on-road, some have decided to only do track days, and some are most content when they’re off exploring the vast, unpaved expanses of wherever they’re riding. When you’re able to find at least one riding buddy whose riding style is sympatico with yours, it’s something very special indeed.

All the time this is going on, of course, you get to see the Norden 901 prototypes in action. A short promotional video can’t give you the full picture, but it can get you excited—and this video does that very well. How much longer will it be, Husqvarna? I think it’s safe to say you have a lot of rider attention now.