Indian’s Scout Sixty cruiser is a suitable entry-point for newer riders. The 61 cubic-inch (1,000cc), 60-degree V-twin delivers 78 horsepower and 68 lb-ft of torque, making it a manageable foray into Indian’s range. Of course, the ultra-low 25.6-inch seat height and relaxed ergonomics also make the Scout more welcoming to beginners. Despite the cruiser’s accommodating nature, its retro elements may not suit younger riders’ tastes.

Hip to the latest trends, French custom shop Tank Machine has garnered a reputation for its Indian FTR and BMW R nineT builds. That reputation led Parisian dealership Indian Etoile to partner with the Montigny-lès-Cormeilles-based shop on numerous occasions, and the Scout Sixty presented yet another opportunity. However, Tank Machine founder and chief designer Clement Molina wanted to do something special for the new build.

“I really wanted to imagine some intense color and work on a new line that would redraw the Indian Scout’s tank,” explained Molina. “It is a bold choice because I decided to integrate Fluro colors to achieve this. I did not want this series to just be another build among others, the intention really was to start a new trend.”

Opting for metal tone base paint and fluorescent accents, the Scout NEON title came naturally. However, it wasn’t as easy for Molina to choose one color combination. Instead, Tank Machine and Indian Etoile will offer three distinct liveries. The colorways include graphite/red, graphite/orange, and navy/yellow, but Molina’s efforts encompass more than a fancy paint job. 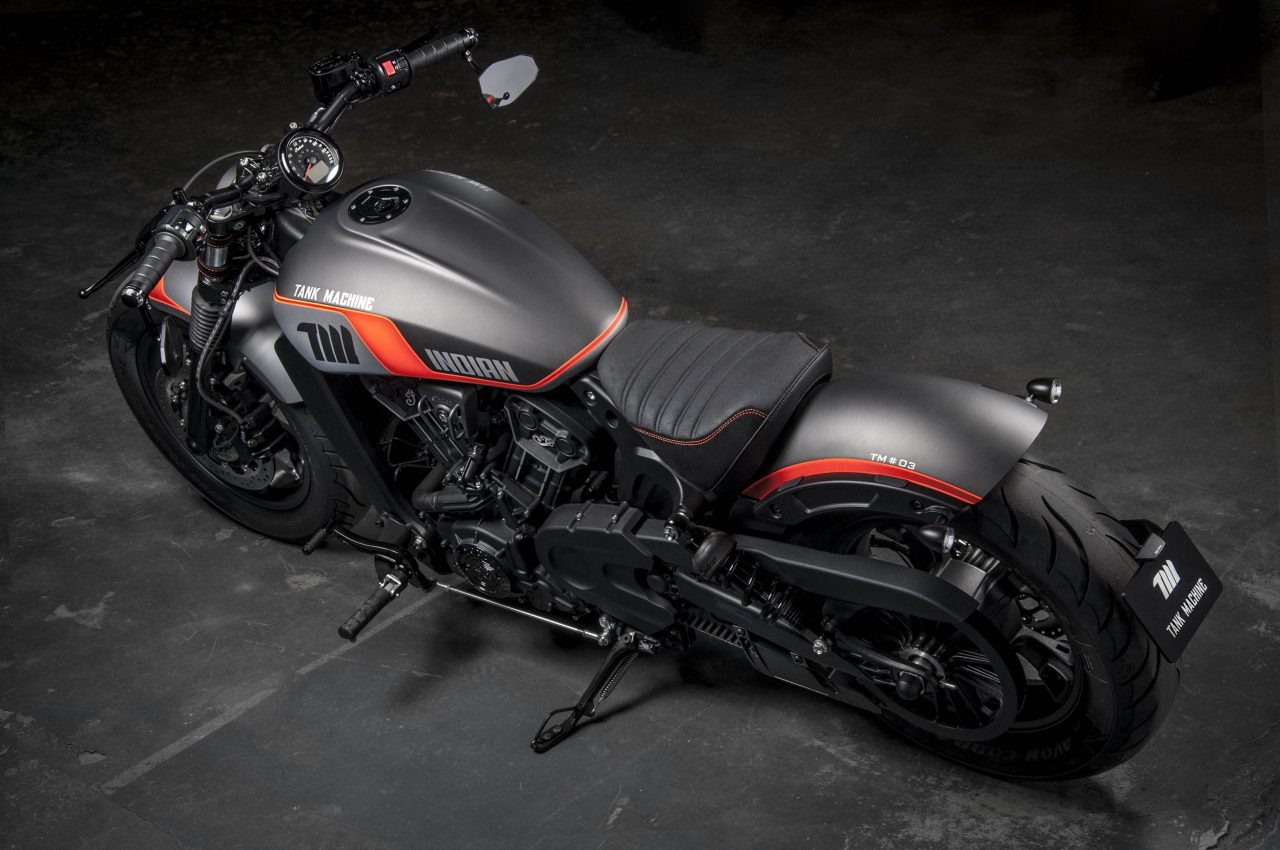 Aside from aesthetics, a new Trask air cleaner and Supertrapp Black Edition exhaust open the Scout’s airways while oversized Avon tires make the Sixty look even more imposing. Those interested in the special-edition Scouts should contact Paris’ Indian Etoile for pricing and availability.