Watch Aaron Colton Rebuild His Childhood PW50 For His Daughter

Yamaha’s PW50 might be the smallest motorcycle to be considered an icon. The diminutive dirt bike has introduced tens of thousands of children to motorcycles in its four-plus decades of existence. If you didn’t have one, you wanted one. Red Bull athlete Aaron Colton had one, which he tracks down and restores in a new YouTube video from Red Bull Motorsports.

Colton made his name as a street bike freestyle rider (you may know it as stunting), but he has experience in road racing, flat track, supermoto, and is no stranger to off-road bikes.

And it all started with a PW50.

It’s safe for me to assume that a lot of you reading this very article can say the same thing. Even today, the little “peewee” is considered the go-to introductory bike for tiny tykes. It’s got small wheels, a short seat, a puny, 50cc two-stroke engine, and an automatic transmission. It’s even got a throttle adjustment screw so parents can keep top speeds in check. It’s the bike for a kid to learn on.

The model from Colton’s childhood was of 1993 vintage, decked in Yamaha’s radical early-’90s white/pink/blue color scheme. He sold it eight years ago, but managed to track it down in early 2021. Now, it stars in the newest episode of Red Bull’s Bike Builds with Aaron Colton.

Over the course of 28 days (condensed to just under 19 minutes), Colton brings the little Yammie home, tears it down (including the engine) and rebuilds it as a gift for his daughter Luna’s fourth birthday. The process is incredibly thorough, Colton meticulously tending to every part with utmost care. The conclusion is sure to pull on a few heart strings, too.

The video garnered over 30,000 views within a day of being posted, which is all you need to know about the relevance of the PW50 in 2021! 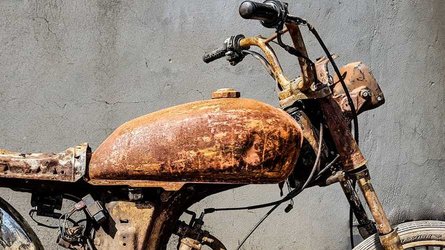 This Gas Tank Restoration Is ASMR For Bikers 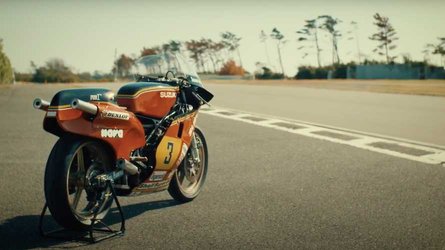 The Restoration Of This Suzuki RG500 Gamma Is So Satisfying To Watch
By: Graeme Jones
++
++
Got a tip for us? Email: tips@rideapart.com