Harley-Davidson Sweeps King Of The Baggers Podium At Road America

Victory tastes extra sweet with a win at home in Wisconsin.

MotoAmerica’s King of the Baggers series amped up the historic racing rivalry between Indian Motorcycle, which has so far been dominant, and seemingly eternal rival Harley-Davidson. With only two Indian Motorcycles entries among a field of race-prepped Harleys, the question remained: could the Motor Company fight back?

As fans know, 2021 marks the first-ever season of King of the Baggers as a limited race series, rather than the one-off exhibition event first held at Laguna Seca in 2020. The 2021 series kicked off at Road Atlanta on May 2, 2021, where Tyler O’Hara took first for the S&S Indian Motorcycle team. Race Two took place at Road America in Elkhart Lake, Wisconsin—where brothers and factory Screamin’ Eagle Harley-Davidson riders Kyle and Travis Wyman took a proud 1-2 finish.

As you can see in the race highlights video, O’Hara and Kyle Wyman had an impressive scrap in the early laps of the five-lap race. However, it was Wyman who came out on top, after O’Hara suffered some type of mechanical failure with two laps remaining, and had to pull off the track. Brother Travis Wyman took second, with Vance and Hines Harley-Davidson rider Hayden Gillim completing the Motor Company podium in third. Roland Sands Indian rider Frankie Garcia, with the lone remaining Indian in the pack, finished fifth.

The 2021 MotoAmerica King of the Bagger series has just one round remaining before an overall winner is crowned. The 2021 finale will take place at the historic WeatherTech Raceway Laguna Seca in California, over the weekend of July 9 through 11, 2021. Bearing in mind that Tyler O’Hara was unable to complete race two, here are the championship points going into the series finale:

In just three weeks’ time, the first-ever King of the Baggers series winner will be crowned. Stay tuned to find out what happens in the season finale. 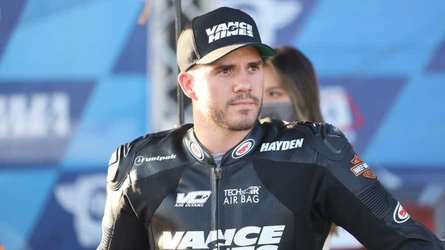 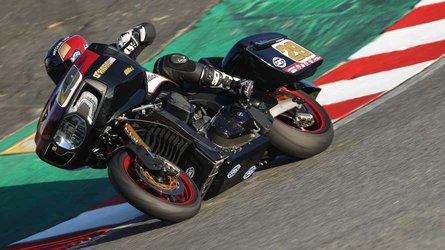 Indian Becomes Official Sponsor Of 2021 King Of The Baggers