Harley Vs. Indian Rivalry Dominates King Of The Baggers Opener

Since Tyler O’Hara and the S&S Indian Challenger team took the checked flag at the inaugural King of the Baggers invitational, we’ve been patiently waiting for the next American V-twin showdown. Fortunately, the 2021 King of the Baggers race series kicked off at Road Atlanta on May 2, 2021, and gave us another legendary installment in the Harley-Davidson and Indian rivalry.

Starting on pole, O’Hara looked poised to dominate the race in a similar fashion to his 2020 Laguna Seca performance. However, the American Flat Track racer literally stumbled out of the gate, with three wheelies hindering his off-the-line launch. Screamin’ Eagle Harley-Davidson rider Kyle Wyman wisely pounced on the opportunity, taking the holeshot into turn one.

Wyman’s MotoAmerica Superbike background and experience with the Road Atlanta course kept the challengers at bay for the first half of the race, but O’Hara started reeling in the race leader by lap three. On the fifth trip around the circuit, the S&S Indian rider overtook Wyman on the brakes going into turn 12. O’Hara held onto his advantage for the remaining laps but only edged out the Screamin’ Eagle Harley-Davidson Road Glide by .45 seconds.

The race series will resume at the Road America course in Elkhart Lake, Wisconsin on June 11-13, 2021. O’Hara will defend his four-point title lead against Wyman and the Harley-Davidson Factory team, but the series already seems like a two-horse race. The third and fourth place riders finished over 25 seconds off O’Hara’s pace and the fifth and sixth positions ended the race an entire lap behind. With such a stratified grid, it looks like the 2021 King of the Baggers series has more Harley-Davidson versus Indian showdowns in store. 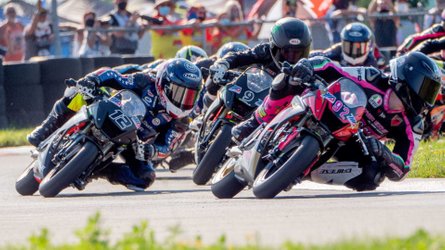 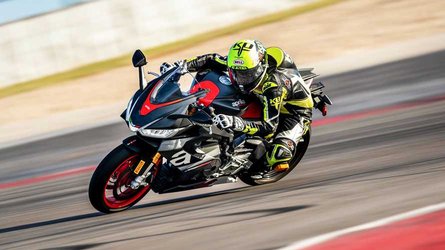 Aprilia RS 660 Will Race In MotoAmerica Twins Cup For 2021