Indian Becomes Official Sponsor Of 2021 King Of The Baggers

All in, on and off the track.

When the 2020 King of the Baggers invitational joined the MotoAmerica calendar at the Laguna Seca Raceway last year, many wrote off the one-off race as a gimmick. Despite the detractors, Indian went all in by supporting its S&S and Roland Sands Indian Challenger teams. That investment paid off when S&S rider Tyler O’Hara secured the win and Roland Sands’ Frankie Garcia took the third step on the podium.

With the 2021 King of the Baggers expanding to a three-race series, Indian sees further growth potential within the budding bagger circuit and announced that it will come aboard as an official sponsor of the 2021 season.

“It’s great news that Indian is getting behind the MotoAmerica King of the Baggers,” said MotoAmerica President Wayne Rainey. “They won the first event at Laguna last year and we all saw how hugely popular the event was. It’s perfect that they are coming on board with both sponsorship and a team. The series promises to be intense and Indian starts the season as the team to beat.”

With a target on Indian’s back, the 2020 race-winner Tyler O’Hara will return to the S&S team in 2021. He will take the reins of the Indian Challenger once again and face off against Harley-Davidson's Screamin’s Eagle team and new rider Kyle Wyman. In addition to its on-track presence, Indian will also have an onsite support truck at the MotoAmerica circuits hosting King of the Bagger races.

“After the overwhelming fan reaction to the 2020 debut of King of the Baggers with Tyler O’Hara’s win on an Indian Challenger, we are proud to sponsor MotoAmerica’s 2021 King of the Baggers race series,” said Indian Motorcycle VP of Racing Gary Gray.

Thanks to the brand’s dedication to performance baggers, the King of the Baggers was a fan-favorite in 2020, and we look forward to seeing how Indian builds on that success in 2021. 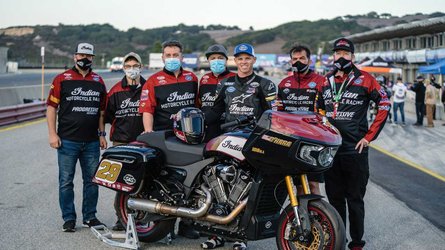 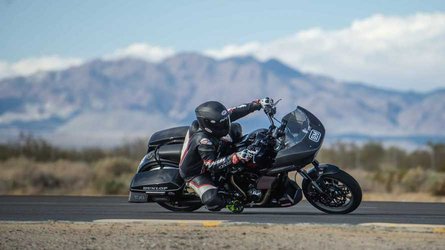