That's half the country's highways, so it's a big deal.

In total, French company Vinci Autoroutes manages 4,500 kilometers of the nation’s highways—including its service and rest areas. That’s just over 2,796 miles, and represents nearly half of the country’s highways. When Vinci makes a move, it’s safe to say it’s pretty significant for road users in the country.

In May, 2021, Vinci Autoroutes announced an ambitious plan to promote electric vehicle adoption throughout the land. The French federal government currently has a carbon neutrality goal in place that it wants to reach by 2050. It’s 2021 now, so in the 29 years remaining before that deadline, there’s a pretty significant amount of work that needs to be done. That’s why Vinci says it plans to equip nearly all of its 180 service areas with ultra-fast electric charging stations by 2023.

To be clear, Vinci isn’t starting from zero. In fact, the company first started installing chargers—of the 50kW variety—back in 2014. So, if you’re a Zero Motorcycles or other electric moto rider in France, you may even have used one by now. Vinci increased both the number and the power available at chargers in the years since, and currently around 60 of its sites offer fast charging stations for electric vehicles that may stop by. 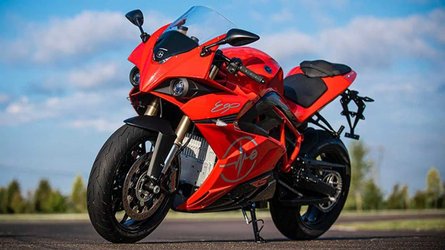 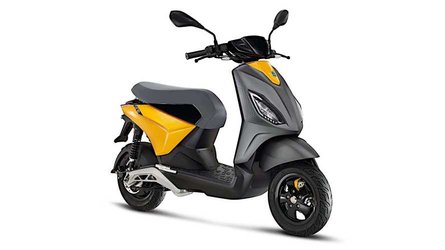 Piaggio One Electric Scooter Teased Ahead Of Beijing Debut

So, what does Vinci mean by ultra-fast chargers? While that depends on the energy suppliers, Vinci is aiming for at least 150kW. Some Total charging stations are currently able to offer 175kW, which more than meets Vinci’s stated goal. The company plans to work with multiple providers in order to fulfill its network goals by the deadline it’s announced.

As more companies keep chiseling away at all the various practical concerns people have with switching to electric vehicles, it’s reasonable to expect that more people will find every reason to make the change. Take away all the pain points, and you’re left with happy customers—at least, in theory. Here’s to electric infrastructure that works quickly and well, and is accessible to all who want to use it.