Cameron McAdoo battled through injuries to finish on the podium.

On April 14, 2021, Monster Energy/Pro Circuit Kawasaki Supercross rider Cameron McAdoo entered the 14th round of the 250SX race series just four points behind Justin Cooper in the West Coast Regional Championship. In the early moments of the Atlanta Supercross 2 250 main event, McAdoo was running in fifth place when things took a turn for the worst.

Carrying too much speed into the tunnel jump, McAdoo flew over the handlebars and slammed into the face of the jump. The bike then landed on number 31 before catapulting him to the top of the jump. The crash ranks as one of the most horrifying ever witnessed in AMA Supercross history. Luckily, Alpinestars medics responded quickly before safety officials red flagged the session for a race restart.

Despite the violence of the crash, McAdoo was able to recount the event for Racer X, “I over-jumped the triple in a little bit, and the pocket to the face of that next double was pretty steep. I think my bike was still compressed and I tried to push through that double while my suspension was still compressed, which obviously gave me the kick over the bars.”

McAdoo, fortunately, moved his limbs immediately following the crash, providing a hopeful atmosphere at the Atlanta Motor Speedway. Little did anyone know that McAdoo would rejoin the race. Undergoing a quick evaluation by Dr. Bodnar, the Kawasaki rider passed the mandatory concussion protocol but his bike also needed some attention.

“My bike was mangled, so the mechanics did the best they could,” added McAdoo. “They were taping shrouds on, zip-tying stuff because everything fell apart.”

After pleading with race officials, McAdoo was allowed to line up on the grid for the restarted race. He miraculously shot out of the gate and into the lead but settled into third place shortly after. Enduring multiple injuries and fending off challengers, McAdoo prevailed, seizing the third step on the podium.

“I know I can ride with what I’ve got,” noted McAdoo. “I’ve got a pretty beat-up leg and my groin is not good. So, we’ve got three, four days to do as much therapy as possible to get back going.”

Cameron McAdoo is scheduled to compete in the Atlanta 3 round on April 17, 2021, just four days after his crash and inspiring performance. With only three rounds left in the race series, the Monster Energy/Pro Circuit Kawasaki rider's focus is locked in. Hopefully, he finishes the 2021 season the way he finished the Atlanta 2 race. 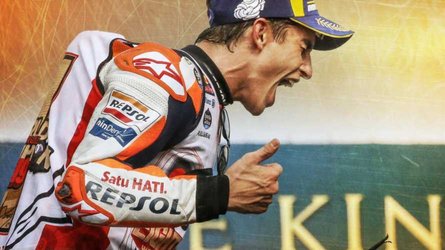 MotoGP Champ Marc Márquez Will Be Back On Track In Portugal 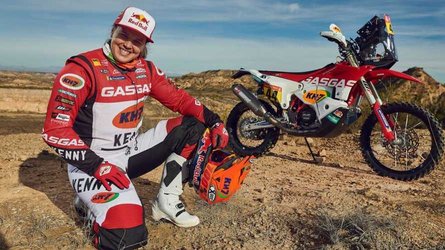