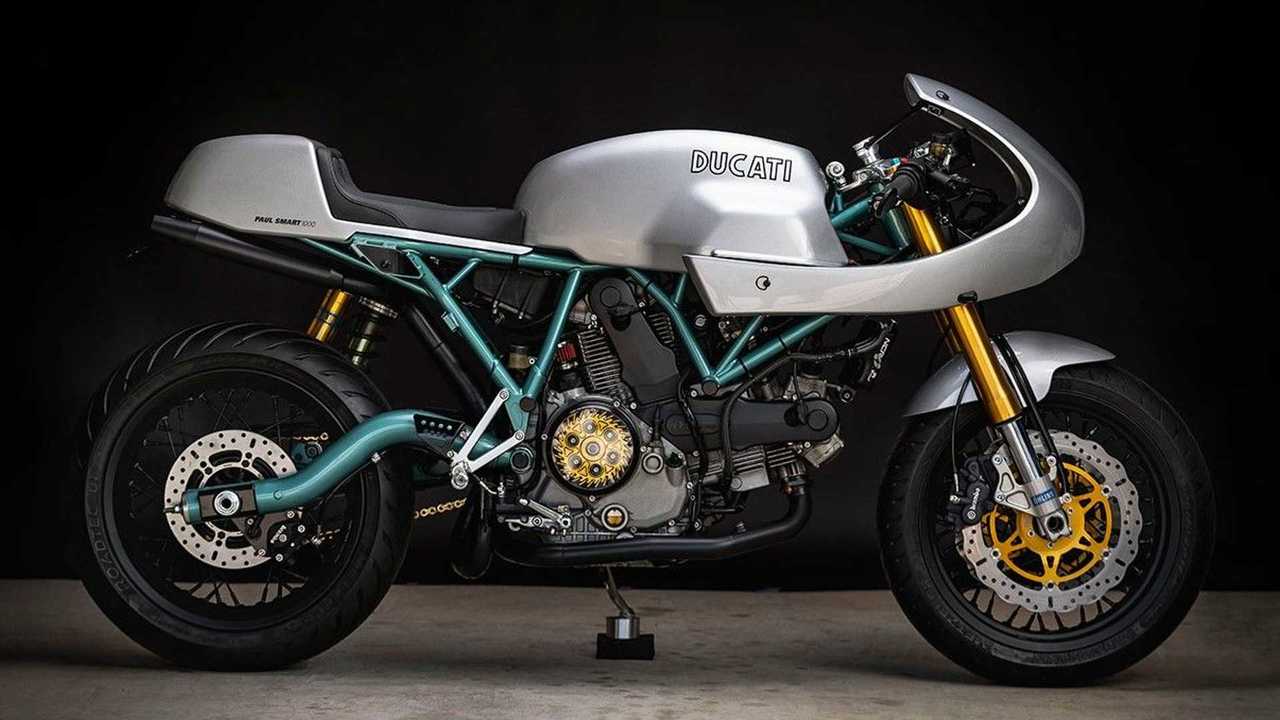 Ducati released the Paul Smart 1000 LE in 2006 to commemorate the racer’s 1972 Imola 200 win. Based on the Ducati’s Sport Classic platform, the neo café racer boasts a distinguished silver/teal livery and sleek bodywork. The Paul Smart isn’t just a looker, though. The air-cooled, desmodromic, 992cc V-twin produced 92 horsepower and 67 lb-ft of torque. That potent combination and limited 1,000-unit run made the modern-classic a coveted collector’s item.

For those reasons, many consider the Paul Smart 1000 LE as the perfect motorcycle. To devoted Ducatisti, altering the limited-edition equates to sacrilege. So, when a client asked Analog Motorcycles founder Tony Prust to customize the retro roadster, he knew that he needed to tread softly.

“The idea was to build a Paul Smart that was tailored enough that Ducati enthusiasts would look at it and say ‘wow, that is amazing,’ and not be upset we tailored a limited-edition bike,” said Prust. “I do have some integrity when it comes to things that are rare and more valuable, so I designed everything to be able to go back to stock if ever needed.”

Those reservoirs feed new braided brake lines, but Analog leaves the stock Brembo calipers intact. Ohlins suspension also carries over, but the suspenders are now mated to Alpina wheels and EBC rotors. The engine didn’t need an upgrade, but the client wanted a complete overhaul so an Atlanta Ducati shop bored it out to 1,100 cc and added performance cams. A new slipper clutch, oil cooler, air intake, and K&N filters fully trick out the 90-degree V-twin.

To top off the engine rebuild, Prust redesigned the exhaust to exit under the new tail section. A black ceramic coating makes the system nearly unnoticeable, further simplifying the bike’s silhouette. If you’re going to mess with perfection, you’d better do it right, and Analog Motorcycles pulls it off with the Paul Smart 2.0.