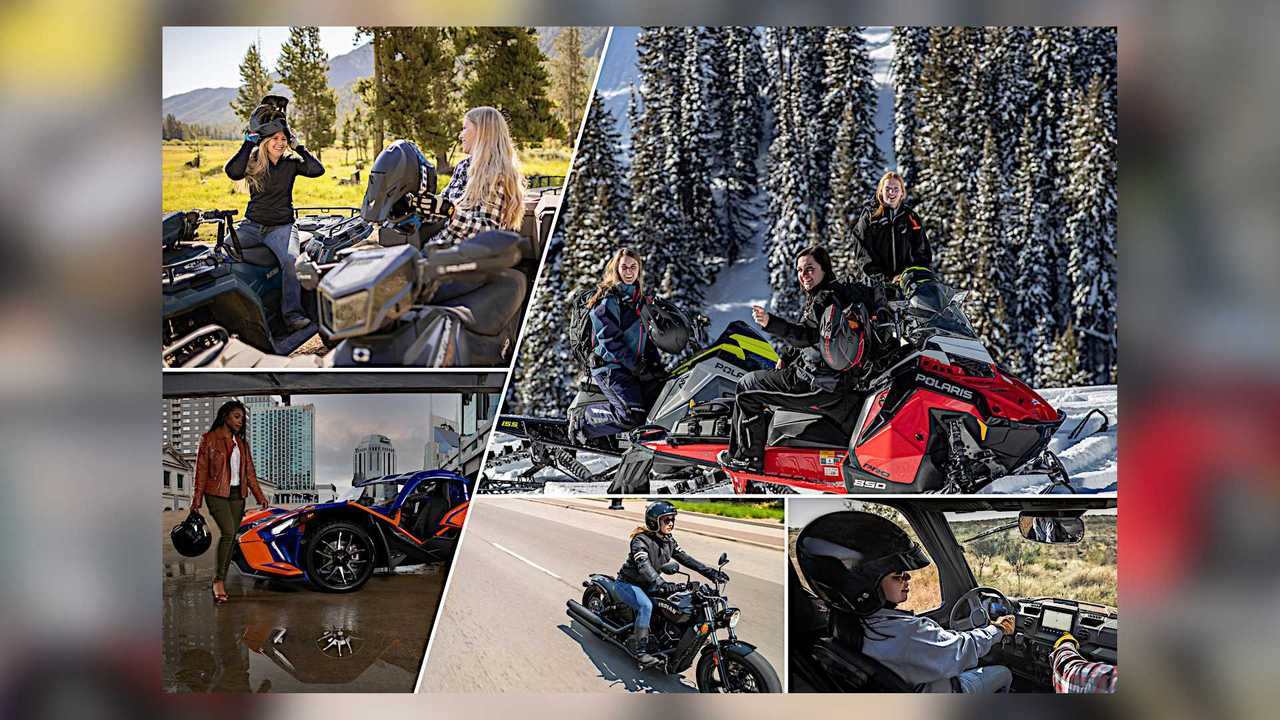 Power(sports) in numbers on Saturday, May 1.

It’s April, 2021, and you know what that means? That’s right, we’re only one month away from International Female Ride Day! The 15th annual IFRD has taken place on the first Saturday in May each year since 2007. Polaris announced that it’s once again sponsoring this event for the 2021 season, something the company started doing in 2020.

“It’s exciting to have Polaris as a sponsor, teaming up to encourage even more women to join the movement,” IFRD founder Vicki Gray said in a statement.

“This year, women around the world will be active, riding in celebration, unity and support of the female riding community more than ever before. Whether on roads, dirt, sand or snow, riding continues to be an exhilarating, liberating and a fulfilling activity for women of all skill levels. The female riding community continues to expand every year, and this is our day to celebrate,” she concluded.

For those unfamiliar, if you want to participate in International Female Ride Day in 2021, it’s super easy. All you have to do is a) be a woman, and b) go ride on Saturday, May 1, 2021. That’s it! If you want to enter the annual IFRD photo contest, post social media photos of yourself (and your squad, if you ride with others) enjoying the day and using the hashtags #IFRD2021, #FocusFemaleForward, and #InternationalFemaleRideDay.

At last count, women in over 120 countries look forward to participating in IFRD each year. Building momentum and welcoming new riders into the sport is crucial, both for women and for powersports, in general. The sense of solidarity and fun we all bring, build, and share is what makes a digitally-distributed global event like this so satisfying. It’s a way to feel like you’re taking part in something bigger than just yourself and your local crew, and that’s pretty freaking awesome.