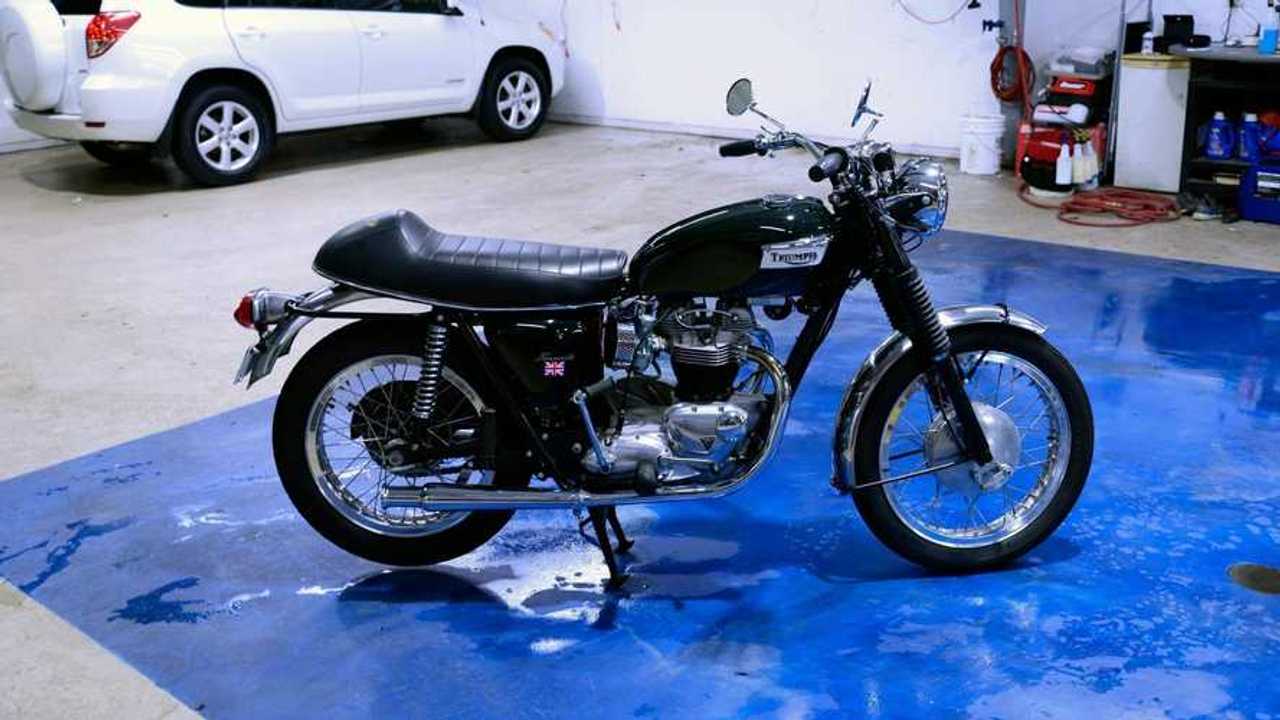 This bike inspired the modern T120.

When Triumph first introduced the original Bonneville T120 in 1959, they called it "The Best Motorcycle in the World." It's a bold claim, but the Bonnie had the performance to back it up. After some updates in 1963 for better stiffness and handling, it saw great success on both the street and the track, with countless racing successes. For many, this is the bike that defined Triumph in the 1960s. This one for sale on Bring a Trailer shows why.

This particular bike is mildly updated from its original form. It features a cafe-style solo seat, Emgo mufflers, and Morad aluminum rims with stainless steel spokes, with a taillight and tank emblems from a later model. It's also had some electrical updates and new control cables.

The fuel tank has been refinished in classic British Racing Green, with the rest of the bike gloss black. It also retains the "World's Fastest Motorcycles" stickers it originally came with, celebrating Triumph's land speed records at Bonneville that gave the bike its name.

While the modern Bonneville T120 model name denotes its 1,200cc parallel-twin engine, this original T120 is just 650cc. While that seems a bit small by today's standards, its displacement and 46 horsepower were considered quite large and powerful in the 1960s.

The listing does not mention any modifications or improvements to the engine itself. This bike will provide the true classic Triumph riding experience, including the shifter on the right and the rear brake pedal on the left.

I admire the honesty of this cold start video, shot in January 2021 in Wisconsin on a 34-degree Fahrenheit day. While it has no starting issues by 1964 standards, it's a far cry from pressing a button and riding off like we do today. It takes a few kicks (because there's no electric starter) and a bit of fiddling to keep running. Once it warms up a little, though, it runs great. This is absolutely normal for a bike from this era.

The only reason the Bonneville T120 was discontinued was a strike by factory workers that began in 1973. They only built 1,000 bikes in 1974, and a mere 38 in 1975. By the time the strike ended, Triumph focused on the Bonneville T140 instead, whose 750cc engine was more competitive at that time. Still, given the T120's successful history, it's easy to see why Triumph was keen to revive the name in 2016.