They're not just for sportbikes.

We usually think of Indian as one of the American Big Two alongside Harley-Davidson. Both have offered traditional big American V-twin cruisers since back before the Earth cooled. The biggest departure we've seen Indian make from this is the FTR 1200, which still has a V-twin. What if Indian had gone what we consider the Japanese route, with an inline-four engine instead? The truth is, they already have.

After selling the company to Excelsior, William Henderson (yes, that one) struck out on his own and founded the Ace Motor Corporation. He designed a new four-cylinder engine, one that couldn't be too similar to the one he had sold, along with the company and patents, to Excelsior. The result was one of the fastest bikes available, as proven by Erwin "Cannonball" Baker setting a cross-country speed record on one in 1922. Sadly, Henderson died later that year. The company floundered with his loss and eventually sold out to Indian in 1926. The result was the Indian Ace, which was the old bike sold under the Indian name.

Indian was only just beginning, though. It continued developing the four-cylinder engine with former Henderson designer Arthur Lemon, who knew it best at this point. As the design evolved beyond the original Ace, that name was dropped, and the model became known as the Indian Four. One of the innovations, introduced in this 1936 model, was the "upside-down" engine. This variant pulled air in through the carburetor into the bottom of the head and blew it out the top, the opposite of how most engines work. The high-mounted exhaust isn't trying to be a scrambler. It's simply the most efficient routing for the top-exit exhaust.

Unfortunately, this placed the hot exhaust extremely close to the rider's rather sensitive body parts, making for an uncomfortable ride. This, plus a high-maintenance exhaust valvetrain, made the bike less popular than its predecessors despite a noticeable horsepower increase in the new design. The 1938 model went back to the traditional downdraft design, making models with the "upside-down" engine quite rare. Indian continued to develop the Four until World War II, when they switched to military production. The Four never came back after the war.

This 1936 Indian Four is probably one of the best remaining examples of the upside-down engine model. It was restored by Peter Bollenbach, who was known for the excellence of his classic Indian motorcycle restorations, and looks like it just came off the showroom floor. It will go up for auction at Mecum at the end of April. There is no starting bid currently listed, but expect it to be high. 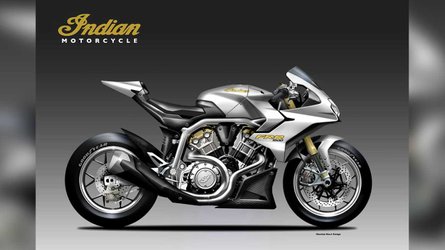 What Would Happen If Indian Made A Sportbike?
⠀ 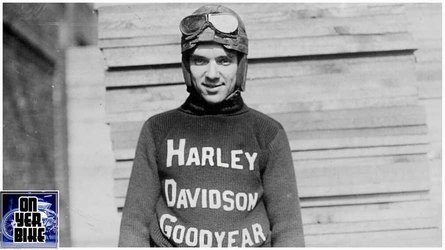