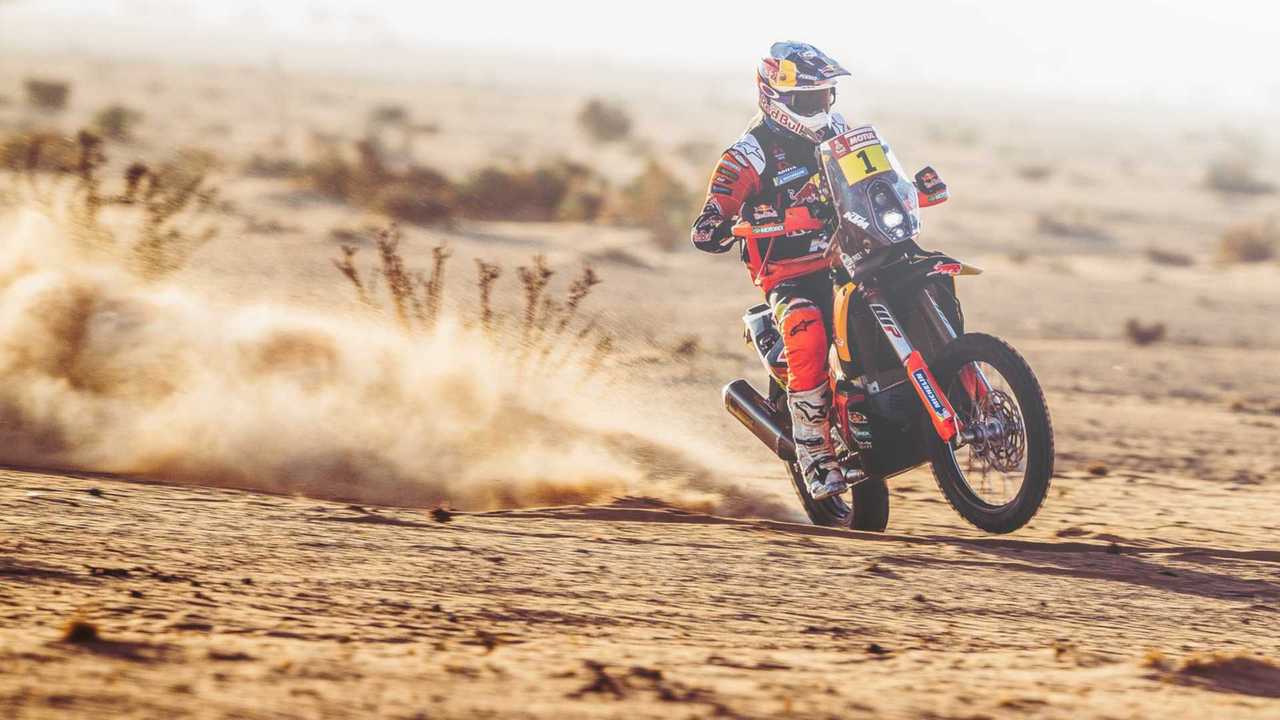 Oz's only Dakar winner is now a Member of the Order of Australia.

Two-time Dakar rally winner and well-respected Australian off-road and enduro racer Toby Price has been honored at the 2021 Australia Day Awards on January 26. These awards are determined each year to honor a wide variety of Australians and their contributions to their country through their unique sets of talents.

Price was awarded a Medal of the Order of Australia in the General Division. The official text in the awards document reads that it is “for service to motorsport, particularly to cross country motorcycle racing.” Order of Australia medals are awarded in two divisions, General and Military. Some additional awardees on this year’s list include recipients honored for their responses to Australia’s 2019 and 2020 Bushfires, as well as the COVID-19 pandemic.

Toby Price was the first-ever Australian winner of the Dakar Rally in 2016, on just his second attempt at the world’s most famous—and arguably most difficult—rally. Even in his first attempt in 2015, it was pretty clear that he was destined for great things, should he choose to continue—as he finished third, and without the benefit of a factory team behind him. For 2016, he gained KTM Factory support, and that’s when he took his first Dakar win.

His official Facebook post about the award reads, “Honoured to be awarded the Medal of the Order of Australia in the General Division today for service to Motorsport. Blown away to be on this list, it’s crazy … thanks so much everyone for your support of what I do!”

“On behalf of all Australians, I congratulate everyone recognized in the Australia Day Honours list."

“The individuals we celebrate today come from all parts of our great nation and have served the community in almost every way conceivable. They’re diverse and unique but there are some common characteristics, including selflessness, commitment and dedication.

“Recipients have not put their hand up to be recognized. Most would consider the achievements that they are being recognized for to be ‘ordinary’ or just what they do. Therein is the great strength of our system – recipients in the Order of Australia have been nominated by their peers, considered by an independent process and, today, recognized by the nation.

“The sum of these contributions speaks to our nation’s greatest strength – its people."

John McGuinness Named Member Of The Order Of The British Empire